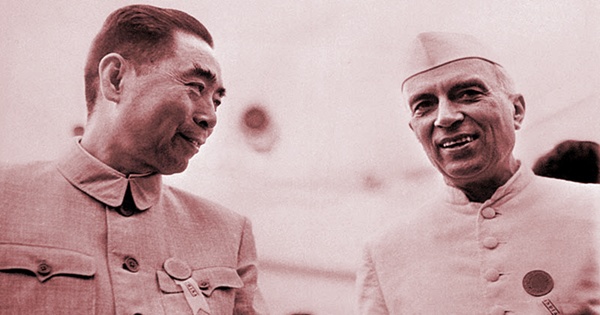 The United Nations Security Council was established in the year 1945. America was its first member. In 1955 when the Cold War was at its peak, America offered Nehru the possibility of India getting a seat in the UN Security Council. The UN Security Council began with four members: USA, Russia, France and Great Britain. These countries were the allied forces that had won World War II.

India had a rightful place in the council, as she provided more than two million men in the War Front. Certainly more than China! India was not an independent country when the UN was started, so the ‘Offer of Membership’ came after she became independent. The US did not want Mao’s Communist China as a member and initially thought of giving it to Formosa (Taiwan) where Chaing Kai Shek and his National Army had moved after being defeated by Mao in the mainland.

Russia was keen on another communist country coming on board as a member and it would have vetoed India’s membership and would have supported China instead! Eisenhower, who served as the 34th President of the United States from 1953 until 1961, was against China and thought it prudent that India could fit into the Permanent Asian seat in the UNSC, and the offer was made. Nehru told the Parliament that a firm offer was not made. He did not want to alienate Russia but since he believed in non-alignment this should not really have been an issue.

Shashi Tharoor in his book Nehru-The Invention of India released in 2004 has described about this. In an interview taken by The Hindu on January 10, 2004 he reported: Jawaharlal Nehru declined a United States offer to India to take the Permanent Seat on the United Nations Security Council around 1953 and suggested that it be given to China. Tharoor was Under-Secretary General, United Nations.

Mr. Tharoor wrote that Indian diplomats who had seen files swore that Nehru declined the offer about the same time as he turned down “with scorn” John Foster Dulles’ support for an Indian Monroe Doctrine. Nehru had suggested that the seat, till then held by Taiwan, should be offered to China instead. He wrote that “the Seat was held with scant credibility by Taiwan.”

Thus entered China into the UN Security Council! The consequences that we are experiencing! In March 11, 2015 Anton Harder in a report entitled “Not at the Cost of China,” for the Wilson Center gave some new evidence that as early as August 1950 the US wanted to assist India in attaining a Permanent Seat at the UN Security Council. Harder wrote, “Nehru’s rejection of the US offer underlined the consistency of his conviction that the PRC’s (China) legitimate interests must be acknowledged in order to reduce international tensions. Integrating the PRC into the international community by conceding its own right to the Chinese seat at the Security Council was in fact the Central Pillar of Nehru’s Foreign Policy!!!”

Today, if India does not have a China-like status at the international level, Nehru is responsible for it. Remember the 1962 war between India and China in which India had to face defeat? But perhaps a lot of people would never know that even after being defeated and humiliated by China, India gave her full support to them.

Vijaya Lakshmi Pandit told the media then, “Our Support to China is a Matter Related to our Principle.… I don’t understand why a World Class Organization such as the United Nations has not included a big and powerful country like China!” Finally in 1971, China received the Permanent Membership of the United Nations Security Council.