Sentinels of the Snow: The Battle of Rezang La; Flashback of Sino-India War of 1962 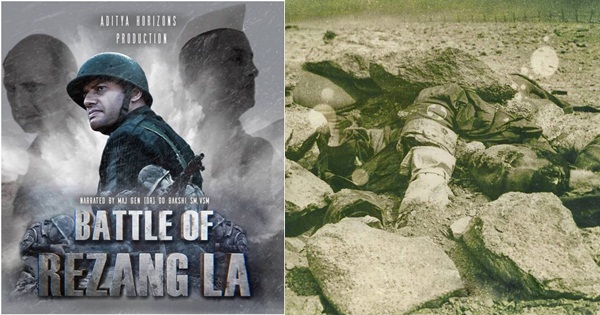 Soldiers are born warriors. For them, the country, is the mother. They put the country before everything else. They are there at the borders, in extreme weather conditions, to safeguard us, to let us enjoy our privileges as common citizens. Yes, they have a family too like us. They have emotions like us. But their responsibility for protecting the motherland is what they always prioritize. Time and again, our soldiers at the borders come back in coffins as heroes and martyrs. In war, fighting naxals, and countering terrorists at the border! Survivors breathe with renewed zest to defend our motherland and further weave sagas of heroism. And the legacy of warriorhood continues! A big salute to the defenders of Maa Bharti!

Rezang La! The very utterance of this word may seem unfamiliar for few while many will get shipped to the snow covered 16,000 feet high mountain pass on the southeast of Chushul Valley in Ladakh in Jammu and Kashmir. This was the place where the famous Battle of Rezang La was fought in 1962 during the Sino-India War and 114 of our soldiers attained martyrdom while defending the site from Chinese aggressors. To quote Jammu Voice, “Some 3000-4000 Chinese troops launched a surprise silent night attack in wave after wave. Five Chinese attacks were mowed down by this brave company of Ahirs (from the Ahirwal region of Haryana).They did not have the support of our own artillery guns. Yet they held fast and stuck to their positions with a rare tenacity and determination. They were inspired by the courage and fiery leadership of their Company commander Maj Shaitan Singh, who moved from trench to trench, encouraging his brave Ahirs to hold on and slaughter the attacking Chinese.”

The 1924-born Major Shaitan Singh from Jodhpur exhibited exemplary leadership and courage during the whole course of the fight. He was honored with the Param Vir Chakra, the highest wartime gallantry medal, posthumously. Rezang La is today known as Ahir Dham. A memorial has been set up at this place, glorifying the sacrifice of the Indian jawans for our motherland. Visiting Rezang La is pilgrimage for the patriots.

Sentinels of the Snow: The Battle of Rezang  La is a tribute to the soldiers who fought bravely against the Chinese at Rezang La. Aditya Bakshi in his documentary film realistically revives the memory of Battle of Rezang La through use of advanced animation techniques. He plays the protagonist’s role and the narration is delivered by Maj Gen GD Bakshi. The inaugural screening of this documentary film took place at Roseate Hotel, Aerocity, Gurgaon. It was a full house. Rao Inderjit Singh, MoS for planning, was the Chief Guest.

120 jawans, mostly Ahirs from Haryana, saved Ladakh from China 56 years ago! It was late night of November 18, 1962. Rezang La was chillingly cold with the tough terrain draped in snow flakes. The biting icy wind howling across the topography turned the weather conditions extremely hostile. Unit 7, Unit 8, and Unit 9 of the 13th Kumaon battalion were posted here. The rough terrain isolated the units from the rest of the battalion. A total of 120 jawans with around 40 soldiers in each unit, all led by Major Shaitan Singh, waited for daybreak. No artillery cover! But valor and hope of the Indian jawans ruled the roost.

With the gradual overpowering of darkness by light, Major Shaitain Singh and his troop of 120 soldiers noticed hundreds of Chinese soldiers advancing towards Units 7 and 8 through nullahs (watercourse). It was 5 am. Immediately, a shower of shots from rifles and light machine guns welcomed the Chinese troops. The latter retaliated equally. Grenades and mortars followed suit. Soon trash filled up the nullahs as dead bodies of the Chinese soldiers piled up. Amid the resonance of the shots, survivors of the Chinese troops took position behind the dead bodies and boulders. They retaliated strongly. 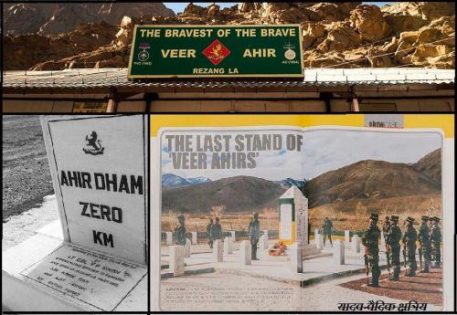 At around 5.40 am, the Chinese troops started striking back with intense artillery and mortar fire. The brave Indian soldiers continued resistance without fail. Casualties from both ends did not deter the battle. The Chinese then attacked Unit 9 through nullahs. Indian army positioned at the third unit unleashed terror amid the advancing troops. More Chinese dead bodies piled up in the nullahs within minutes. The distance between the Indian Army and the Chinese troops at the third unit was a mere 90 meters!

Major Shaitan Singh moved from one unit to the other, encouraging and motivating his troops to fight till their last breath. Though he was seriously wounded, he did not stop. Shaitan Singh continued to lead and continued to fight.

The Chinese failed in the frontal attack. Hundreds of their soldiers were dead. They changed their strategy, this time attacking from the rear, starting with Unit 8. Intense medium machine gun fire followed from the enemy. Thanks to the barbed wire fencing of the post that contained the attack! Enemy soldiers then resorted to heavy artillery and mortar shelling resulting in casualties of Indian jawans. 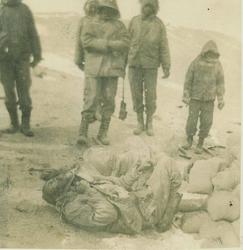 Meanwhile, another group of over a 100 Chinese soldiers further attacked Unit 7 from the rear. Indian jawans retaliated with 3-inch mortar, killing many of the enemy soldiers. 20 of the survivors charged forward. With renewed zest, a dozen of the Indian jawans came out of their trough and rushed towards the enemy, engaging in a hand-to-hand combat.

As condition of Major Shaitan Singh deteriorated with serious wounds in his abdomen and arms, two of his comrades tried to evacuate him. The enemy shelled heavy machine gun fire on them. At Singh’s order, they placed him behind a boulder and rushed to join the other jawans in the fight. Major Singh breathed his last, still gripping his weapon, which lay pointed towards the enemy! 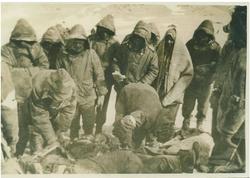 Recovery efforts of the Bodies at Rezang La; Source: bharat-rakshak.com

Fresh Chinese reinforcements arrived. Indian jawans fought bravely till their last breath. In total, 114 Indian soldiers were martyred at Rezang La pass. Their saga of bravery is immortalized in history! Such a small troop of 120 fought against thousands of enemy Chinese soldiers, killing 1836 of them. This incident is only a part of the Sino-India War of 1962.

Sentinels of the Snow: The Battle of Rezang La by Aditya Bakshi and Aditya Horizons Productions LLP transports the viewers to the actual Battle of Rezang La! Through path breaking use of 2D/3D animation and VFX effects, this touching documentary depicts battle scenes realistically. This is unprecedented in Indian War Documentaries. This documentary film by Aditya Bakshi is the 6th part of a series on The Famous Battles of India.

Maj Gen GD Bakshi with Shri Rao Inderjit Singh, MoS for planning, at the screening of the documentary film ‘Battle of Rezang La

Regarding the feedback of the screening of Sentinels of the Snow: The Battle of Rezang La, Maj Gen GD Bakshi said, “We saw many wet eyes in the hall by the time the film was over and the audience gave it a standing ovation. The saga of the Veer Ahirs is deeply touching. Out of 120 Ahirs, some 114 were killed in action and this gallant Company was awarded one PVC, 9 Vrcs and 4 Sena medals and one M&D.”

“The documentary not only gave a full account of the battle but also the political blunders and miscalculations and the exaggerated pacifism of Nehru that led to a complete neglect of defense and brought upon us the disaster of 1962. The soul stirring fact is despite the impossible situation our troops were put in they fought so well against overwhelming odds. Rao Sahib felt this documentary needs to be screened in all halls in Haryana and beyond as also in the schools to motivate the children. Lt Gen Sherawat Clonel Commandant of Kumaon regt and DGRR, Lt Gen Mishra DG infantry were also present along with a host of senior veterans.” 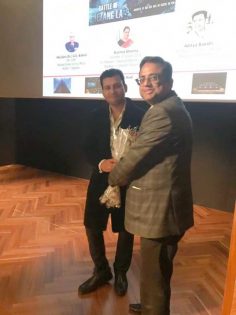 Sino-India War of 1962 was the outcome of a diplomatic failure of Jawaharlal Nehru, the then Prime Minister of India, to arrive at a solution with China on China-India border issues. Nehru kept quiet. Moreover, military posts were set up in disputed zones. The Army could not be supplied with proper arms and ammunition leave alone food! Even during the war, Nehru could not take firm decisions on time.

Sentinels of the Snow: The Battle of Rezang La is a tribute to Major Shaitan Singh and all the soldiers who fought bravely against the enemy Chinese forces in the Sino-India War of 1962. The film is a homage to all martyred in the war. My India My Glory salutes the endeavor of Aditya Bakshi and Aditya Horizons Productions LLP in portraying the efforts of the brave sons of the soil. Vande Mataram! Jai Hind!!