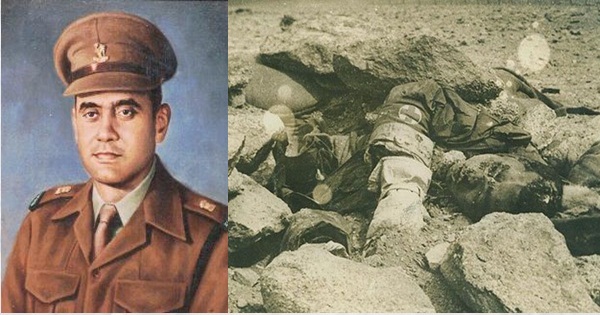 It was late night of November 18, 1962. The location was Rezang La, a pass on the southeast of Chushul Valley, Ladakh in Jammu and Kashmir. An altitude of 16,404 feet! It was chillingly cold with the tough terrain draped in snow flakes. The biting icy wind howling across the topography turned the weather conditions extremely hostile. Unit 7, Unit 8, and Unit 9 of the 13th Kumaon battalion were posted here. The rough terrain isolated the units from the rest of the battalion. A total of 120 jawans with around 40 soldiers in each unit, all led by Major Shaitan Singh, waited for daybreak. No artillery cover! But valor and hope of the Indian jawans ruled the roost.

With the gradual overpowering of darkness by light, Major Shaitain Singh and his troop of 120 soldiers noticed hundreds of Chinese soldiers advancing towards Units 7 and 8 through nullahs (watercourse). It was 5 am. Immediately, a shower of shots from rifles and light machine guns welcomed the Chinese troops. The latter retaliated equally. Grenades and mortars followed suit. Soon trash filled up the nullahs as dead bodies of the Chinese soldiers piled up. Amid the resonance of the shots, survivors of the Chinese troops took position behind the dead bodies and boulders. They retaliated strongly.

At around 5.40 am, the Chinese troops started striking back with intense artillery and mortar fire. The brave Indian soldiers continued resistance without fail. Casualties from both ends did not deter the battle. The Chinese then attacked Unit 9 through nullahs. Indian army positioned at the third unit unleashed terror amid the advancing troops. More Chinese dead bodies piled up in the nullahs within minutes. The distance between the Indian Army and the Chinese troops at the third unit was a mere 90 meters!

Major Shaitan Singh moved from one unit to the other, encouraging and motivating his troops to fight till their last breath. Though he was seriously wounded, he did not stop. Shaitan Singh continued to lead and continued to fight.

The Chinese failed in the frontal attack. Hundreds of their soldiers were dead. They changed their strategy, this time attacking from the rear, starting with Unit 8. Intense medium machine gun fire followed from the enemy. Thanks to the barbed wire fencing of the post that contained the attack! Enemy soldiers then resorted to heavy artillery and mortar shelling resulting in casualties of Indian jawans.

Meanwhile, another group of over a 100 Chinese soldiers further attacked Unit 7 from the rear. Indian jawans retaliated with 3-inch mortar, killing many of the enemy soldiers. 20 of the survivors charged forward. With renewed zest, a dozen of the Indian jawans came out of their trough and rushed towards the enemy, engaging in a hand-to-hand combat.

As condition of Major Shaitan Singh deteriorated with serious wounds in his abdomen and arms, two of his comrades tried to evacuate him. The enemy shelled heavy machine gun fire on them. At Singh’s order, they placed him behind a boulder and rushed to join the other jawans in the fight. Major Singh breathed his last, still gripping his weapon, which lay pointed towards the enemy!

In total, 114 Indian soldiers were martyred at Rezang La pass. Their saga of bravery is immortalized in history! Such a small troop of 120 fought against thousands of enemy Chinese soldiers, killing 1836 of them. This incident is only a part of the Sino-India War of 1962.

Many question the authenticity of the report of the number of 1800 plus Chinese soldiers being killed by Indian soldiers in the Sino-India War of 1962. While mensxp, defenceforumindia, histecho, and more online platforms has put the number of Chinese soldiers killed at 1800 plus, ranging from 1832 to 1836, a indiatimes report puts the count at 1300. But all the platforms celebrate the valor of the 120 jawans. Whether the count of Chinese soldiers killed by Indian troops is 1300 or 1800 plus, what is intriguing and extremely valorous is how 120 jawans defended the site for such a long time, causing casualty of such a great number of enemy soldiers!

The 1924-born Major Shaitan Singh from Jodhpur exhibited exemplary leadership and courage during the whole course of the fight. He was honored with the Param Vir Chakra, the highest wartime gallantry medal, posthumously.

Sino-India War of 1962 was the outcome of a diplomatic failure of Jawaharlal Nehru, the then Prime Minister of India, to arrive at a solution with China on China-India border issues. Nehru kept quiet. Moreover, military posts were set up in disputed zones. The Army could not be supplied with proper arms and ammunition leave alone food! Even during the war, Nehru could not take firm decisions on time.

Rezang La is today known as Ahir Dham. A memorial has been set up at this place, glorifying the sacrifice of the Indian jawans for our motherland. Visiting Rezang La is pilgrimage for the patriots. India salutes the bravery and self-sacrifice of Major Shaitan Singh and all the martyrs of the 1962 Sino-India War! Vande Mataram! Jai Hind!!