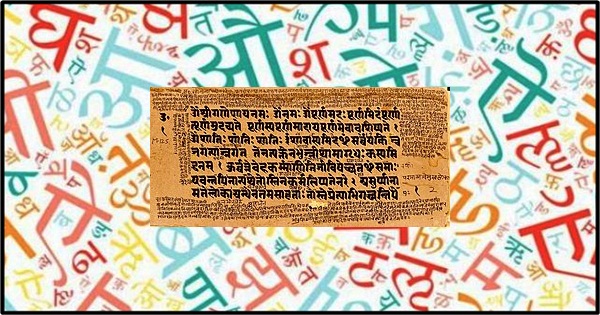 I am a fluent Hindi speaker and has nothing against the language. Nor do i subscribe to Dravidian politics. I am a great promoter of Sanskrit and also Tamil.

But Hindi is a loose language which can be easily used to subvert Bharatiya Samskrti. It indeed happened when Bollywood used it as a vehicle to promote Arabic and Persian words all over India including in the South.

North India was fully dominated by Islamic Invaders and filled all north Indian languages with Arabic words (and Persian words too, as Islamic invaders came passing through Persia). 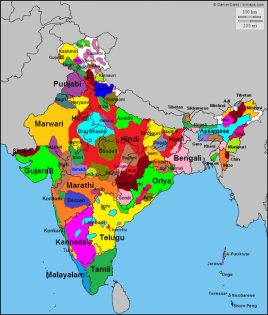 Think about most of Bollywood movie dialogues and you get more of it. 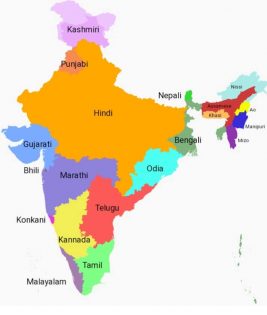 It is the Persian, Arabic and distorted Sanskrit words in Hindi that makes it difficult for Southern languages to learn in contrast to learning Sanskrit words which are easy to learn for them because they are already present in their languages.

Hence it is wrong to impose / promote Hindi all the while when no such attempt is made to promote Sanskrit which deserve such promotion, in place of Hindi.

Increasing Sanskrit word usage in Hindi will certainly make it more understandable to southern language speakers. No doubt about it. But that is not easy. Correct pronunciation of those Sanskrit words too matters. 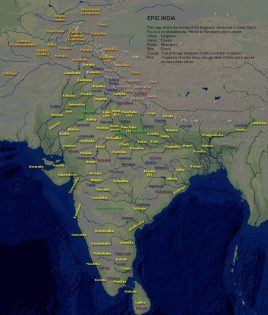 It is easy for the Southerners to listen to Sanskrit words in Hindi pronounced in their correct forms. For example, given a choice they would like to call ‘nose’ as ‘naasika‘ because they are familiar with it through Sanskrit. But they won’t like to call it ‘naak‘. In this situation, will Hindi speakers change the word for nose from naak to naasika? These are some practical scenarios.

There is also one more hidden element that not many people know except those who indulge in the realms of the supernatural consciousness.

The correctly pronounced words act as powerful gateways to the super consciousness, allowing one to establish Yogic connections with the consciousness of the ancient gurus and rshis of the past.

Thus, the word ‘naasika‘ acts as a super conscious gateway leading you to deep past while the word ‘naak‘ cut short your journey to the consciousness realms.

This principle is also the basis of mantra saadhana, slokaadhyayana, yogaabhyaasa, and dhyana and also why one gets powerful by developing sharp minds and deep concentration by reciting Sanskrit slokas or merely speaking in Sanskrit.

This is also the reason why Sanskrit bestows better concentration and intelligence to its frequent users.

Most people see the language debate as a one-dimensional political issue (bringing BJP, DMK etc in it) while my focusing is more on its multi-dimensional social, cultural, civilizational and aadhyatmic aspects, not withstanding the fact that Congress for 70 plus years fooled India by promoting Arabic and Persian in the name of Hindi / Urdu promotion much like how Bollywood fooled Indians through Hindi/Urdu dialogs in the popular movies. 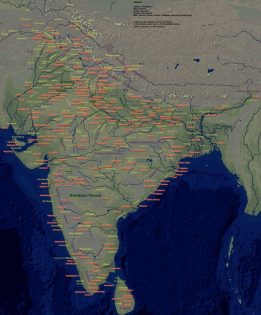 We can solve the political aspects of the languages by removing the terms like ‘first language’, ‘second language’, ‘third language’ etc.

Instead define it as:-

Note:-The maps above also show how a large number of northern languages are approximated as Hindi. These northern languages, each contain greater percentage of Sanskrit in it as they are ancient languages spoken in the ancient janapathas mentioned in the Ramayana and Mahabharata.

It is to be noted that these were derived from the language of the common public who spoke apabhramsha of Sanskrit and royal houses spoke Sanskrit and thus it acted as a link language of communication between all janapathas of Bharatavarsha.

These native languages also need to be promoted with proper growth in literature, theatres, film industries and movies, along with Hindi.

Never in the entire history of Bharatavarsha Hindi was spoken all over Bhaarata. It was always Sanskrit which was the link language for all Bhaaratiyas and adjacent international regions. So the idea of making Hindi as the unifying language today doesn’t enjoy civilizational support and has no basis in the past of Bhaaratavarsha.

Mostly such ideas arise, due to the wrong understanding that Hindi is a modern form of Samskrtam. It is certainly not. The distorted pronunciation of Sanskrit words and the addition of Persian and Arabic words in huge quantities has made it to evolve away from Samskrtam.

We now have language translation tools and soon real time language communication devices will be a reality in India. It is already working in China, Korea and Japan where the device instantaneously translate anything spoken in English, German, Spanish, or French to Chinese, Korean or Japanese.

Modi- Shah duo can popularise them in India instead of the controversial push for Hindi in the regions where it is not spoken. So when one speak in Tamil to a Hindi speaker it will instantaneously translate Tamil to Hindi and vice versa.

Note: Author is a former scientist who worked in ISRO (2001 to 2006) at SDSC-Sriharikota, as part of the Cryogenic team of GSLV. Took part in three GSLV launches, manning the liquid nitrogen Cryo Console of the Second Launch Pad (SLP) at Filling Control Canter and engaged in the GSLV count down process. Also worked briefly as part of the Chandrayan Study phase orbital simulations at VSSC-Trivandrum and got appreciation from Dr APJ Abdul Kalam during his visit at VSSC to meet young scientists. Involved in Mark 3 initial design phase, SRL (space capsule recovery) experiments and RLV (reusable launch vehicle) experiments.

He is currently engaged in the research of the geographical data present in the Mahabharata. In this capacity he has presented many papers in various international conferences. He owns a web-portal named AncientVoice containing 23,700 plus wikified pages on Veda Itihasa Puranas. He is also an artist and has visualized many scenes from the Mahabharata which was exhibited in different conference venues. Currently he is working in a leading software MNC focusing on creative research on Virtual Reality using devices like HoloLens. Combining this expertise with software technology he is engaged in creating Virtual Avataras of Itihasa personalities in Virtual Reality, Augmented Reality, Mixed Reality and Artificial Intelligence.