Virat Gurukul Sammelan – A Conference That Blew Me Away 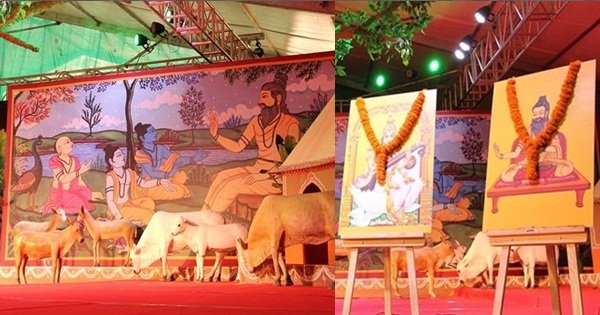 In April 2018, I attended an electrifying event that left me rubbing my eyes. In so many decades of Congress government, no one envisaged, forget about funding an event like this. The Virat Gurukul Sammelan funded by the Ministry of Culture and organized by Bharatiya Shikshan Mandal brought together Gurukuls from all over India, Nepal and Bhutan to Ujjain.

One day, out of the blue, my friend Samir Kumar called to ask if I knew anything about the Virat Gurukul Sammelan. What’s that, I asked. “You have written a book on India’s educational heritage,” he said. “You must check out this event!”

No one I spoke to had heard about the event. Nothing much was showing up on Google except for one website of Bharatiya Shikshan Mandal. I had already committed to presenting at a conference in St Peterburg, Russia, and the last day of that event was clashing with the first day of the Gurukul Sammelan. My husband encouraged me to make the dash from St Petersburg to Ujjain.

And so, I missed the last day of the conference in Russia and started my long journey. But, even after all the time-cutting measures, I missed the first day of the Gurukul Sammelan with speeches by Shri Mohan Bhagwat, Minister Javdekar and exhibition of Dhanurvidya and other Vidyas by Gurukul shishyas. 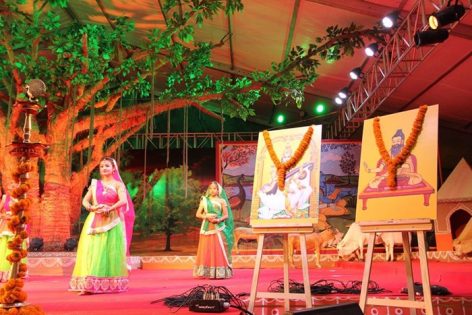 The first thing which astonished me was that so many children in India, Nepal and Bhutan were actually studying in Gurukuls. These children put up one commendable performance after another on a stage with spectacular sets. I actually thought the big banyan tree on the stage was real!

My favorite was the presentation by a group of Nepalis which was so melodious and evocative of Nepal’s culture. The girls who performed Kathak were also superb. Swami Nithyananda’s Gurukul students did a demo of reading text blindfolded which was intriguing. 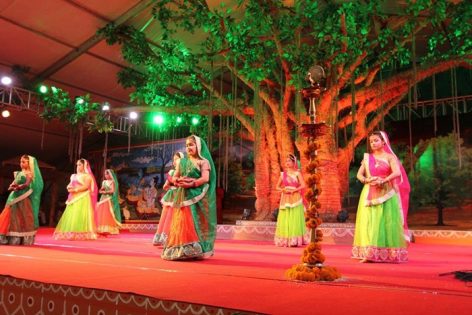 I talked to many children and their teachers. All of them were humble, articulate, smart and seemed like all-rounders. There were swamis in saffron who gave rousing speeches about the need to take the best from traditional education. I thought there would be very few women but to my surprise, there were thousands of them. Men and women were mingling freely. There was no shyness, no awkwardness even though there must have been segregation of males and females in Gurukuls. The scale of the event was grand with 3,000 attendees. BSM is doing a fantastic job of preserving ancient ways of teaching and learning which are losing out to mindless modernism.

Sometimes it all felt so unreal and anachronistic to be surrounded by hundreds of men and boys in dhotis and kurtas and Brahmin tufts. The Rajasthanis wore their traditional turbans while the Nepalis wore their caps. Trousers were in minority. I heard people conversing in Sanskrit and Sanskrit-infused Hindi. They were using beautiful idioms and terms from Shastras in their conversation. It felt as if the richness of ancient India had come alive and I had got into a time machine to visit it. 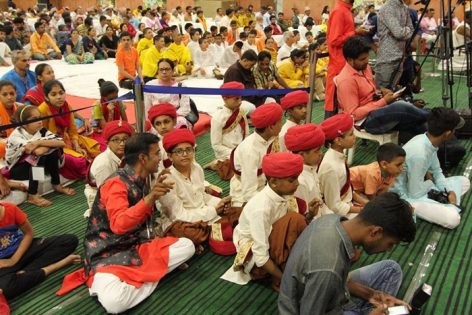 The biggest difference between this Sammelan and the conferences I have attended until now is the level of informality and naturalness. Entire families came. After the morning session, there was lunch and then many people went off to sleep at various locations in the tent. There were plenty of mattresses spread out for sitting on the floor but the people used it for sleeping in the afternoon.

Even though there was a blazing hot sun, inside the gigantic tent there were scores of air-coolers which made it cool and pleasant. Cold RO-treated water was being made available everywhere. There were no plastic bottles at all! It felt so delightful to see people drinking from copper glasses without their mouths touching them and then passing the glasses to others. Even the food was cooked in RO water so I had no fear of food poisoning. 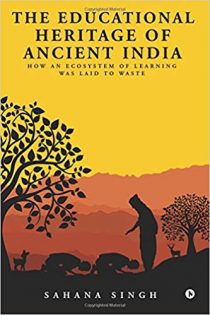 Side sessions discussed the challenges of job generation for Gurukul graduates and other matters. I met parents who had pulled their children out of regular schools in order to put them in Gurukuls. I bumped into my friend Samir too. He is a part of a satsang that is sponsoring some 75 children in Nivrutti Gurukul in Udupi and training them in order to compete in the Civil Services Exam. Imagine Gurukul graduates turning into civil servants!

At the adjoining exhibition, some Gurukuls and NGOs had set up stalls. I conversed with many of them and enhanced my knowledge on a variety of topics. My whole being was suffused with a different kind of joy, as if I had discovered a new well of water in a desert.

Let’s not be blinded in our disappointment with BJP and forget some of the amazing things that were enabled directly or indirectly in the last four years. In seeking the big ticket items like Ram Mandir and control of temples, are we overlooking the many smaller things that are helping in Hindu revival? Let’s not give power back to a party or coalition that is inimical to our civilization at a core level. 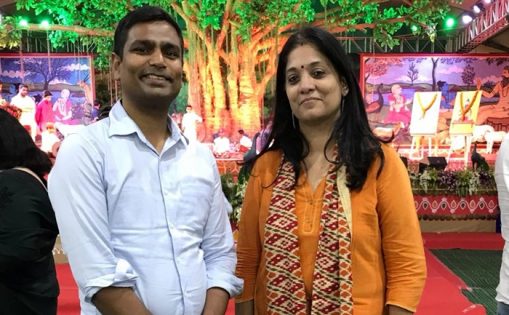