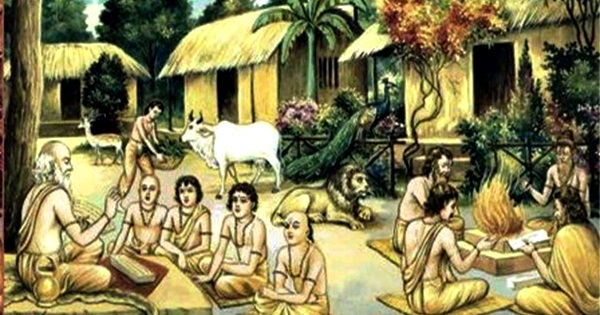 On 10 Mar 1826 Thomas Munro, the Governor of Madras Presidency, submitted a detailed Census and a Survey Report to the British government. The report was a ‘breaking news’ not only to the British government in India but also in England where it surprised the top brass. What was in that report that revealed certain unknown facts about India to the world?

The geographical dimensions of Madras Presidency was from Ganjam district of Orissa to entire South India. The population was 1,28,50,941. There were 12,498 primary schools. This is in spite of the fact that the collector of Mangalore did not send a report due to some reasons, and many hilly areas were not covered.

As per the report, on an average there was one primary school for one thousand population. Whereas England had a dismal average of primary education record. In fact, Britain didn’t have an education policy then. Another interesting fact even Indians were not aware of was – only 24% of students in these schools comprised of Brahmins, Kshatriyas and Vaishyas. Shudras constituted a Lion’s share of 65%! The statistics are according to data presented in The Beautiful Tree.

So, that shattered the general impression that existed that the Brahmins dominated the education field. Of course in the higher education institutions, they were in majority. Why then, the Britishers who came to India to loot and pillage, conducted such a nationwide survey covering Bengal, Bihar, Punjab, Bombay and Madras Presidencies?

By beginning of 19th century, Britishers established themselves in most parts of India. They now wanted a steady, assured revenue to fill the British coffers. But they were few in numbers to collect revenue from every nook and corner of such a huge milching cow of a nation like India. Also employing British personnel was becoming an expensive proposition. They wanted to find out how to bring in an education system to make certain locals ‘literate’ so they can be employed at cheaper rates to maintain accounts and help in administration. Such English speaking people will remain loyal to them and it would be easier to keep them divided as “English speaking class” and “others”.

This survey made the British wonder how come in spite of outsiders plundering India repeatedly destroying their assets, culture and sentiments, such an education system continued to exist? Traditionally every village temple was sponsoring a Pathashala, Gurukul or Mutt. On an average 35% of the land in a village belonged to the temple. This was a revenue free land. The temple rituals, festivals, fee for the teachers were paid out of this income from the land.

Sending a boy on the “fifth day of the fifth month of fifth year” was widely believed to be an auspicious day in those days. Some temples even provided “Anna Prasad” to the students. Every family used to send a boy for at least three years till he learns to read, write and do basic calculation. Subsequently he would learn the trade of his family tradition. Girls were normally taught at homes.

Apart from this, the village temples served as nuclei of important social, economic, artistic and intellectual functions. They were the library for not only scriptures, Vedas and Upanishads but also local literature inscribed on palm leaves. These libraries were called ‘Saraswati Bhandhara’. There was a Jyothishi, a Vaidya, and a delivery nurse who were part of the temple and their renumeration was paid by the temple either in cash or by farm produce. Temples also provided free shelter and food to travellers and pilgrims.

In the Madras Presidency, temples managed regional development function, such as irrigation projects, building and maintaining water tanks, canals, land reclamation, post-disaster relief and recovery. These activities were paid for by the donations of the villagers and pilgrims. Thus temples were the epicenter of primary education, skill development and vocational training. First thing that the Britishers did was to hide this report.

In England, factory workers left their children in a room before entering the workplace. These rooms were called “Schools”. In fact the terminology ‘school’ originated here. Children were given some rudimentary education by a worker who wasn’t fit for factory work. There were “Grammar Schools” for the children from well to do families who had to pay a very hefty fee.

This was the education system that existed there. How could they digest the fact that India had a robust primary education system in place without any government grants or endowments. Next thing they did was to reduce the revenue free land of temples to 5% so that the temples barely sustained themselves. Gradually temples stopped sponsoring Gurukuls and Pathshalas.

Then came Thomas Macaulay! He is the Destroyer of Sanatana Bharat’s Education System. The primary education system was dying due to lack of support and sponsorship. Britishers introduced English education system in high schools. The fee was high and only few well to do families could afford it. The literacy rate of India nosedived to never heard of limits.

In 1931, Gandhi raised this issue in the Round table conference. He accused British government of destroying the education system. British denied Gandhiji’s allegations. They wanted the proof. Even Gandhiji was aware of the 1826 survey that was either hidden or destroyed. It was discovered much later that it was hidden in the archive room of British Library.

The Beautiful Tree is a book written by Shri Dharampal on this Survey. He took up a job in British Library just to unearth this report. When he finally found the hidden report, he sat down to write this book.
Essentially, Britishers found the education system of India to be a ‘Beautiful Tree’. So they found out the roots of this tree and uprooted it! Such intolerance! 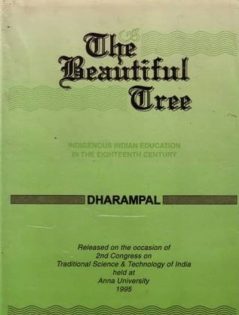 Do the Macaulay’s children in India who are now thriving in sold media, Lutyens circuits, looking through red glasses, ever bothered to learn what was the level of primary education system that existed in Santana Bharat?

As per the latest reports, India has approximately 638,000 villages, some 5000 towns and around 400 cities. Let’s say for every village there is one temple at least, so, that makes it around six Lakh temples in the villages alone. Just imagine if six lakh temples and their communities were left to govern themselves like the way they were functioning in Pre British era. Each village would be able to function effectively, based on the local issues and needs.

Isn’t it time to empower our temples once again? Sakshara rakshasas who grew up in Macaulay’s educational methods would allow this? Will the political institutions who are just happy squandering away a huge pile of temple money, let go off such a Kamadhenu, Kalpavriksha?