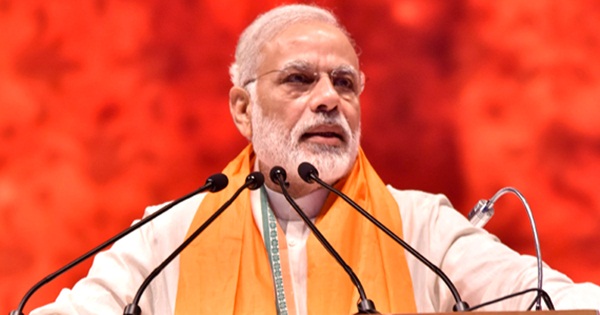 This election result has touched a raw nerve in many people of India. It will affect millions in a way it hasn’t done for us as people for a long time. This letter is to share a few things that you can understand as the feelings of the common man who voted for you.

Almost five years back the people of India chose you to be the Prime Minister. They chose you because they saw you as a leader who could be an aggressive leader and a protector for their faith, something the people of India have lacked in their history as far as memory goes. You were seen as someone who could give them a new identity and bring healing to a wounded civilization coping with loss of self respect. Building bridges and highways or bullet trains, bringing in development and a better life is important but not more than healing a fractured national esteem. While they felt you were the best person to do so, they felt hope in you of a kind they hadn’t felt for a long time.

Yes, the desire for the Hindu to protect himself was never as great as it was five years ago and as it is Now. The Hindu fears annihilation of his religion, his identity like he never did before in the past. I find that in almost every conversation. The biggest underlying threat for a Hindu today is his fragile collective identity and which he wants to protect from those who drive him out of his home, kill him as part of ethnic cleansing, who attack his plurality and say that his resources are not his and missionaries who try to convert him.

I worked in Gujarat from 2002 onwards to provide trauma counseling and support to the survivors of the violence. It was supported by National human rights commission. As part of a team of psychologists, our work was to provide support to all communities. I will not write here about others because a lot has been written already but what I heard from the Hindus. They were as terrified as anyone could be contrary to what the media said about them, even more than the Muslims at places. And the reason for the terror of Hindus was the image that the Godhra carnage created for them. They could never imagine how thousands of people could congregate and burn members of the Hindu community alive and be a spectator. The fear of the average Hindu was palpable, raw and visceral.

It was then that the average Hindu in Gujarat saw in you a protector. While they saw how the media projected you as a villain, the man on the street believed as long as you were at the helm, a terror attack like Godhra where thousands torched a coupe of a train and murdered sixty hapless Hindus would never repeat itself. That was the beginning of faith in you that no one has been able to shake so far. Everyone I spoke to said it was a shame that no leader, including those of your party condemned it enough or supported you and they saw you as a hero. This was the fear that alienated the Hindu that still remains today. The Hindu at that time felt a compulsion that he will be all alone if he doesn’t choose you and needs a leader who could protect him as a community. He identified that leader as you.

Then you gave the slogan ‘sabka saath sabka vikas’, many cried out in anguish. The Indians are inclusive by nature. What was the need for such a slogan? For whom? For the minorities? Some of the minorities in our country consider themselves as the descendants of the rulers, carry an air of superiority that never leaves them. They rarely acknowledge that the Hindu takes care to see that they are not excluded from the mainstream. That is in his very nature. In our history we have had enough of Hindu kings and rulers who tried to accommodate and appease others, trying to include everyone. What has been the result? Need we talk about it?

I am a social entrepreneur. Sometime ago, in a meeting hundreds of us had gathered for a seminar. There was a talk about inclusion and someone jocularly copied you saying ‘sabka saath sabka vikas’. The laughter soon turned into a riot full of derision and vulgar comments. It was difficult to sit through so I walked away.

The Hindu has lived in fear for hundreds of years and his fear has reached a point of no return. This fear is palpable and perceptible today. As a social scientist I feel it in the air and find it troubling as I watch this increase in leaps and bounds due to conversions, threats of terrorism and change in our demography. We know what happens when a community feels terrorized and cornered.

Millions believe You are the man of destiny. You are a great administrator and your integrity is talked of as a rarity. Reports say you work seventeen hours a day and remain calm despite grave provocations. Millions believe that there won’t be another one like you for a long time. They say they haven’t had a leader who was rooted in the very soil of India and talked in language that touched hearts like you do. You were not an aristocrat. You didn’t profess to be secular like the previous Prime Ministers. You didn’t profess to belong to any coterie. You were all alone, both figuratively and symbolically. For the first time the country had an individual who couldn’t be bracketed with others before you. There lies your appeal. Your predecessors, going backwards were rooted in everything from sycophancy and narcissism to trying to prove they were half British. You have a persona that has broken away from that.

Your predecessor left the country in a moral vacuum that hasn’t filled up yet. For many Indians the period from 2004 – 2014 felt similar to the period before 1947, except more invisible and demeaning in ways they couldn’t explain.

You brought a difference in the midst of that gloom surrounding the nation. There lay your charisma. Don’t dilute it by trying to be a world leader. Maybe you won’t become one but do you really need to? You already live in the hearts of too many people than anyone else. The destiny of one billion people is something you are responsible for one that may not be in the hands of any other leader for a long time to come in the history of India. I ask that you listen to that voice.

Today, the Hindu needs a healing touch after centuries of persecution. It looks up to you to deliver that and I believe you can. You do not need to be a paean for development but need to be known as a man of destiny who came to lift a race out of a morass of humiliation and slavery to give them a new identity, a new life. Your words, your speeches need to reflect that so that they can go inside the mind of each Indian and make one feel that he did the right thing by selecting you. If he feels this promise is not being kept, in desperation he may vote against you. That is not to say because he didn’t notice your work but to remind you of your promise. Only there may not be a next time. I hope this voice is heard.