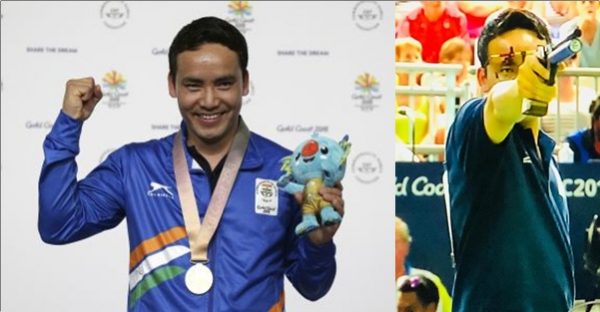 2018 Commonwealth Games! The Indian flag is fluttering high at Glasgow. Thanks to the wonderful efforts of our players. Jitu Rai has further led India spread her glory in the international arena in pistol shooting. He broke the Commonwealth Games record for men’s 10 metre air pistol with a total score of 235.1 points. This was Jitu Rai’s 2nd gold in a Commonwealth Games event.

The ace shooter has been honored with numerous awards. Few awards worth mentioning are Rajiv Gandhi Khel Ratna award, Arjuna Award, and CNN-IBN Indian of the Year in Sports.

An Indian shooter of Nepali origin, Jitu Rai competes in the 10 metre air pistol and 50 metre pistol events. The fourth brother among five siblings, he spent his early life in Shankashava in Nepal. He was born on 26th August 1985 at Shankashava. He migrated to India and attained Indian citizenship. Jitu Rai joined the Indian Army in 2006. He is a Naib Subedar in the 11 Gorkha Rifles of the Indian Army.

2. Silver in the 50 metre and Gold in 10 metre air pistol event in Maribor, Slovenia

3. Gold in 2014 Commonwealth Games in 50 metre pistol event in Glasgow

4. Gold in the 2014 Asian Games held at Incheon in South Korea in the 50 m pistol category

6. Silver at the ISSF World Cup Baku, Azerbaijan in 2016 in the 10m air pistol event 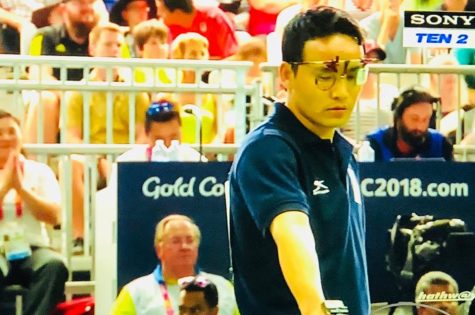 Here is an excerpt of an interview of Jitu Rai taken by Manoshi Sinha, editor of  My India My Glory e-magazine.

Q. You recently broke the Commonwealth Games record for men’s 10m air pistol with a total score of 235.1 points. Was it challenging?

Jitu Rai: It was indeed challenging for me to set the Games record.

Q. Please tell us how you started your shooting journey.

Jitu Rai: I started practicing shooting after I joined the Indian Army in 2006. And I began pursuing it as a sports career from 2008.

Q. Your inspiration behind your success.

Jitu Rai: I am a self motivated person. I motivated myself to pursue shooting and bring glory to India at the international shooting platform.

Q. Your Gurus in life.

Jitu Rai: My Guru is Shri G.R. Rai. He is an ex-Army personnel from the Gorkha Regiment.

Q. Your message to readers and aspiring shooters.

Jitu Rai:  Nothing is impossible. Focus more on your target. If you focus with a sense of belonging to what you do, you will definitely reach your goal.

If you want to do something for the nation you have to start from today onwards. Don’t wait for tomorrow. Aspiring shooters should try to give more and more time for the practice.

Interview with Beenu Rajpoot, Filmmaker; Director of ‘Born to Dance’