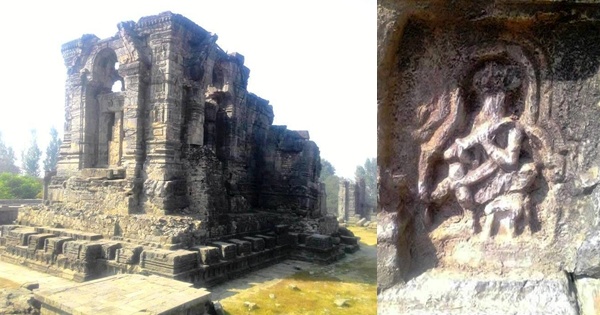 Martand has many legends spread in the history of Bharat for thousands of years. Most of the history is lost, but considerable amount of traceable history can still be found from King Lalitaditya Muktapida I who lived around 1st to 36 AD.  There are lots of legends associated with the king in stopping various foreign invasions in his time. He was a great ruler, a great builder and planner. The temple is said to be first started by King Ranaditya who lived in 479 BCE. He was Shiva follower and lots of temples and cities were founded by him of which Martand Sun Temple is just one of them.

The various legends associated with him created in me an excitement to visit the legendary place. After reaching Srinagar, next day I took a shared cab to reach Anantnag bus stand. It takes approximately an hour and from Anantnag, Martand is in Mattan approx. 9 km. Shared transportation is also available. Start early in morning from Srinagar to utilize maximum time.

At the spot there is a very small board to guide way to Martand Sun Temple. It’s better to ask local shopkeepers. There is no guide in the temple complex and you are on your own. The temple is in heavily destroyed state. Sultan Sikander Butshikan in early 15th Century destroyed many temples and Martand was one among many. The first view from entrance is mesmerizing; the imagination will make you realize how grand this temple had been.

At the entrance various intricate carvings of devtas can be seen whose face has been destroyed. The broken pillars all around the temple indicate the grandeur of the Martand Sun Temple. The Vastu science of architecture has been used and is built in such a way that Sun rays falls throughout the day on the Surya idol. 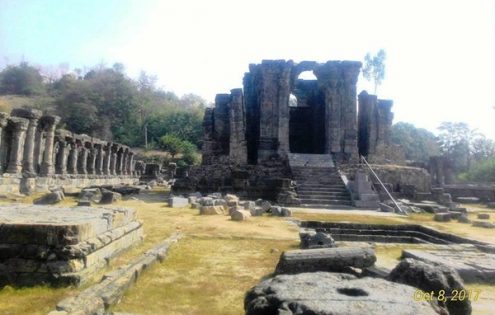 There are various disfigured musicians, inscriptions and other figures which are difficult to recognize. The flute playing God could be Shri Krishna. The blocks of temple are lying all around the temple complex and no care is bbeing taken for preservation of the blocks. The weathering is high due to improper care of the complex. The Surya shrine is located in the middle of the courtyard and after walking straight from the entry it can be reached.

A water conservation system is inbuilt in the temple; the water is collected in a kund which is made in front of the main Sun temple building.  The main building is surrounded by more than 70-80 smaller shrines. Before the main Surya chamber there is a small chamber which consists of disfigured Shri Vishnu, Ganga and Yamuna carvings. The Martand Sun Temple in proper contains garvhagrih, antarala and a closed mandapa which is attached with grand steps.

The central Surya shrine has more than 30 images carved on the walls which are in disfigured state. The mutilated carving with various ornamental decoration can be found across the architecture which suggests a high class efforts of Vedic style.

The oral history suggests that a two years continuous effort was made to demolish the temple to the ground, but still few remains are standing intact with the ground. In the north side of the temple, there is base of a small temple which was present in original structure.

The local oral history also suggests a house of Pandus in the temple. Lalitaditya renovated the Martand Sun Temple with considerable amount of gold. Vimala and Kamala according to oral history were said to be springs. To my surprise, the oral history also suggests grapes were grown in abundance all around the area near Martand Sun Temple, which Sanskrit historian Kalhana also verifies in his writings. But currently there is no trace of grape vines in the area. 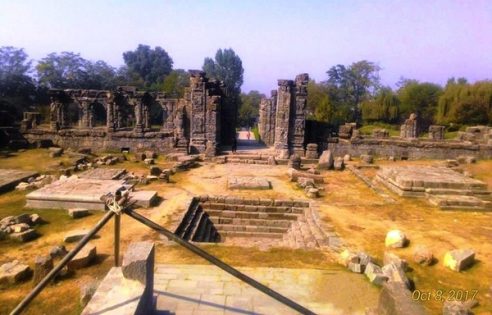 The various historians are of the view that the grand temple had roof in traditional Vedic Vastu style. The grandeur of temple was such that it took two years to destroy and dismantle the temple by Sultan Sikander, and he got tired of demolishing the temple. The reference of demolition is also captured in Tarikh Hassan book.

If one has time, a visit to Chatbal is suggested which is an untouched location near to Mattan. While returning from Martand, one should visit ruins of Avantiswami Temple in Anantnag. Pahalgam, Achabal, Kokernag, Daksum, Verinag, and Wasaknag. These are few places which are around 40 km distance. Happy Travelling! 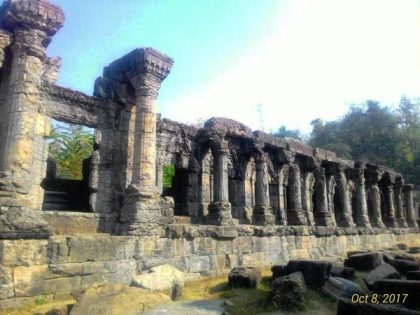 Rajeev Ranjan has strong interests in ancient science and archaeology. An avid traveler and an agriculturist, he has worked in various agricultural and rural development interventions.