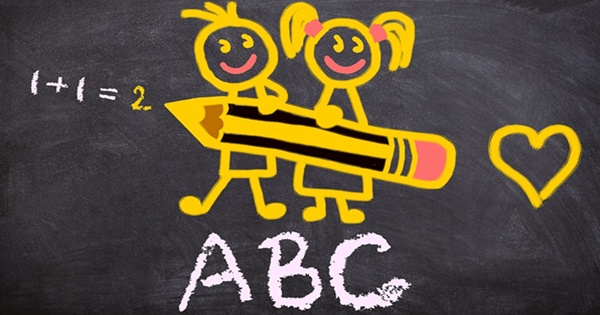 It is no secret why the British replaced the indigenous education system and Sanskrit gurukuls with English medium education. They wanted to create a class of Indians who think like the British and in this way weaken India. Sanskrit culture and Vedic knowledge were the backbone of Indians. This backbone had to be broken. English medium education did it to a great extent. Indians were cut off from their precious tradition, and they had to study in a completely foreign language, as if this was an easy thing to do. Somehow, the children of the tiny elite managed. They were motivated to make it into colonial government jobs and English was the only gateway. Naturally, these westernised students and their offspring, who had no roots anymore in their own culture, influenced the future of independent India in a big way.

So it is no surprise that even after Independence, English medium in higher education and in the ‘better schools’ which were often run by missionaries continued with the argument that English is the necessary link-language between the states. It was in the interest of this elite and the Churches to continue with the status quo, where jobs at the top require fluency in English, as for this tiny minority, English is their mother tongue. They are not fluent in the language of the region where they were born. And they are still successful in convincing the policy makers that English medium is the way to go in education – to the detriment of India.

Yet in 2009, India got a severe shock, which should have woken her up, but this wake-up call was not heeded. For the first time, India took part in the Programme for International Student Assessment (PISA), conducted by the Organisation for Economic Co-operation and Development Secretariat (OECD). Around half a million 15- year old students from 74 countries were tested for two hours in maths, science and reading skills. Himachal Pradesh and Tamil Nadu students were chosen to take part, as these states were doing well in education.

When the results were out, there was celebration in Asia. Asian countries were leading the list and had much higher ranks than Europe or USA – with one shocking exception: India came on rank 73 – second last, beating only Kyrgyzstan. The best Himachal kids were 100 points lower than their average peers in Singapore and 250 points lower than the top performers. It was a huge embarrassment. Indian experts explained that the students faced ‘language difficulty’. It was true. The problem was the language. The tests were held in the mother tongue of the respective countries: German in Germany, Japanese in Japan, but English in India. Yet there was no serious introspection.

Ever since, India did not take part in the 3-yearly PISA test, but in 2021 Kendra Vidyalayas are expected to take part – again students in English medium. There is probably the hope that those students will do better, as their parents, being in government service, are likely to speak good English. Yet is this representative for India? Is it not cheating India?

Being German, I know that fluency in English doesn’t come easy. But when I sometimes advocated that Indians should study in their mother tongue including in higher education, there was always opposition from Indians fluent in English. They don’t seem to get the difference between studying in English medium and studying English as a subject. Nobody advocates not learning English. But having to read textbooks, question papers, and write essays in an alien language is too much for students and the PISA study proved the obvious.

If we need more proof, we only need to look to certain European countries today to realise that students don’t do well if they don’t understand the language. Sweden and Germany had a significant drop in their ranking in the latest PISA test in 2015, and I dare to predict that Germany will drop even further in 2018. The reason is simple: even after a year of intensive German language classes for migrant children, these children don’t speak German well enough to be good in their studies.

These migrant children at least attend German lessons for one year before they can join the regular classes. In India, children from homes where parents don’t speak any English are put into English medium schools with no preparation whatsoever. This is a disaster. I really wonder how this can be allowed. It should be obvious that it is a huge blunder. Yet it is not only allowed but was even encouraged: Under the previous government, millions of students changed from government schools to third-rate, private ‘English’ schools, which popped up everywhere. This craze for ‘English schools’ may have been deliberately fanned by interests who don’t want a strong India, for example the Church. Parents, who do not know English, were made to believe that “English school” is the best for their children.

It is not the best but the worst. Where in the world would children be sent to a school where the teachers speak in a foreign language? Just imagine the plight of the kids. They learn to spell and can read after a while, but they don’t know the meaning of what they read. They will be left in a limbo: they are neither good in English, nor in their mother tongue. And they will dread going to schools. Forget about a happy childhood where it is fun to learn. It is a perfect recipe for teaching in vain, because no learning happens.

Any surprise that even in 5th standard, kids cannot form simple English sentences and just stare at their textbooks when their parents tell them ‘to study’. They may not miss much if they don’t understand their social study or history books, because the content is often not worth learning. But the situation is serious when it gets to maths and science. Kids cannot solve even the simplest of tasks in maths like: “put the numbers in ascending order”. The textbook authors cannot imagine that the instruction is not clear, but if you don’t know English: put, number, order, ascending… all this is a mystery. Naturally the children lose self-confidence.

Yet India is huge and the majority of people managed to keep their culture and India’s strength alive and their innate intelligence and competence intact. Their children went to schools where mother tongue was the medium of instruction. They understood what they read and could freely express themselves.

It would be interesting to find out, how many ISRO scientists, or generally students in the science and maths stream had studied till 12th class in their mother tongue. It may well be the majority. It would also be interesting to find out how students from Himachal Pradesh and Tamil Nadu, who attend vernacular schools, fare in the PISA test. They surely would not be at the bottom of the ranking list.

Indians have brains and the world knows it. But in English medium their great potential is suppressed and not tapped. Except for the tiny minority who speak English at home, the great majority of Indian students are at a huge disadvantage compared to students in other countries. It is a huge disadvantage also for India.

Isn’t it about time to phase out this colonial hangover of English medium schools? The argument that English is needed as link language is no argument in favour of English MEDIUM. Why can’t Indian students learn English like students all over the world do – as a subject? Sanskrit, too, needs to be revived in a big way to open up the treasure that is hidden in the Vedic texts. The value of Sanskrit is recognised all over the world. It is the most perfect language, and especially suitable in fields like IT. It has strength, dignity, beauty. It develops the brain and improves the character. Indians have a great advantage here, as their regional languages are connected with Sanskrit and it is much easier for them to learn it. It is truly incomprehensible why Sanskrit was sidelined – of all places in India.

Even Sanskrit medium education would be much easier than English medium and far more beneficial for an all-round development of the students. It would be worthwhile to find out whether in the long run, Sanskrit can be introduced as the medium in education. It is not yet too late to give Sanskrit another chance.

Imagine if India had IITs and IIMs in Hindi, Tamil, Malayalam, Marathi… The technical terms could be sourced from Sanskrit and would be the same all over India. Students would have an advantage in many fields, for example in artificial intelligence, which is an important issue today. They would be free from the burden of English textbooks, and could freely express themselves. There is a lot of talk about “the right to freedom of expression”.  Yet the greatest curb on freedom of expression is ignored. It happens in English medium education all over India. Students cannot say what they want to say, because they lack the vocabulary. Those, who have a natural talent for languages, can become translators, and translation apps, too, can be used to facilitate communication.

Committees have been instituted, who look into improving the education, yet they deal mostly with the content. But what is the use of good content when the students don’t understand it? The most important issue is the language issue. This needs to be sorted out first. Suggestions exist, for example in “The English Medium Myth”, which are worth considering. The result of the PISA test, too, must be analysed honestly and consequences be drawn.

Before Muslim invaders destroyed the centers of learning, India was known as a knowledge hub. She was the Vishwaguru. To reach this status again, common sense demands that students need to understand what they are taught. It means they need to study in their mother tongue. Further, Sanskrit should be taught right from the start as it optimally develops the child’s potential.

Let there also be some international schools and courses at universities in English medium for expats or those who want to go abroad, like in European countries.

If even tiny Denmark and Israel manage to teach higher education in their mother tongue, surely the big Indian states will be capable to do this and translate the existing syllabus or even better, source new material including for higher studies. Only then justice is done to the great potential of Indian youth. Only then India will truly shine.