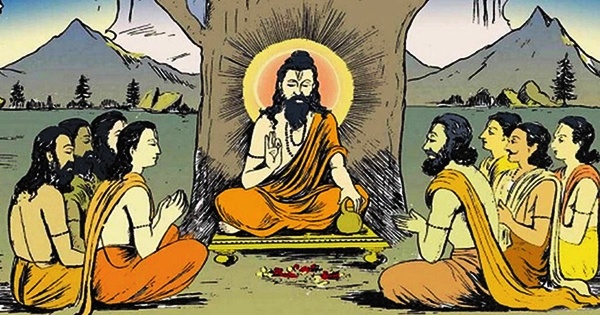 Before we delve into crux of the matter, let’s address a preponderant viewpoint.

Is Hinduism a way of life with no authoritative central texts ?

Going by the British confection called ‘Hinduism’, yes. Their intent behind 1921 census was to leave ethnic populace in a state of disarray by swamping temple-congregational-welfare system, razing down hereditary law & education giving Brahmanas to make Aryas vulnerable to Alien faiths. Later Republic of India viciously carried forward British pogrom and confiscated the commonwealth in 1959.

Constitution defined Hindus as those born in a family of Hindus, Sikhs, Jains and Bauddhas. So self-loathing persons like TM Krishna, Akalis, Ambedkarite Buddhists, Communists, beef-eaters & even Karunanithi are Hindus.

Raithas took this a notch up and classified anyone born in India as a ‘Hindu’ incl. the populace considered as Adharmis. They’ve a perverse interpretation of Varna where even Abdul Kalam becomes a Brahmana.

Rajiv Malhotra too has joined this bandwagon. According to them, ghar-wapsi is frivolous and peddle banality like, “one can’t embrace Hinduism”. They’ve no qualms in doling the epithet “Devata” to Jesus and conferring credence to the delusions of Abrahamic Prophets, terming it Dharmic.

Hindus (cognate with Aryas; an epithet given by our Persian co-religionists living in Saptasindhu during Vedai period) have propinquity towards three principles:

1) Rta can be transliterated to ‘Obligation’. Manushyas owe three fold debt to: Devas, Rishis and Pitrs.

3) Dharma is derived from the root dhṛ. That means to sustain, to protect, to nourish. Thus the word implies, “that which protects the natural order and creation”.

Manu explains the term as following — “It is dharma, which is followed by pious men, well versed in Vedas and as entered to in their hearts by the virtuous, who are ever exempt from hatred and inordinate affection.”

Jaimini defines Dharma as — “Dharma is that which leads to the highest common good (śreyas) and is distinguished by Vedic injunctions”.

Amarasimha in Amarakosha elucidates Dharma as Vidhi (Chodana) of Vedas.

Adi Shankaracharya defined Dharma as “that which Vedas and Shastras prompts us to do and help in material and Adhyatmic upliftment.”

Dharma is “Sanatana” which means ‘that has ever been and that will ever be’. Thus it’s prefixed to the term Dharma. Sanatana Dharma finds mention in Ramayana, Mahabharata by Sri Kṛṣṇa, Manusmṛti..

– Purushartha is the primary precept of Dharma. They are:

– Varnashrama Dharma entails to duties that are divinely endowed in four stages of life on the basis of four varnas.

Varna transliterates to ‘color’ (of sharir). Each varna emerging out of Purusha mentioned in Purusha Sukta is allegorical to the emergence of gunas of Savarna.

Varna is synonymous to Jati. Its root word “ja” is derived from Janma.

Janma is based on Prarabdha Karma. Chandogya Upaniṣad and Valmiki in Ramayana states that birth into higher varnas is based on punyas accrued in purva janmas.

Gunas and Svabhava which dictates that individual’s Varna are innate and are transmitted from ancestors. Published papers on Genetic memory and Genetic heredity coagulates it.

Subsequently Varna is dictated by Samskaras. For instance a Brahmana has to get initiated between the age of 8-16 during spring, for Kshatriyas it’s 12-20 in summer. Janeu of a Brahmana is made of cotton while Kshatriyas drape themselves in Janeu made of wool.

As per Manu, it takes seven generations for Samskaras to take effect under circumstances where an Anarya wants to become a dvija or an Arya desires to elevate or demote himself on Varna or a product of Anuloma wants to acquire the Varna of his pitr.

To illustrate: Guhadatta—founder of Guhilot Rajya, early Chauhans and Dantidurga the founder of Pratiharas avowed to be Brahmanas in inscriptions but their descents were subsumed into Suryavaṃśa of Kshatriya Varna [through Samskaras and or by Hiranyagarbha Yajna].

An Arya who doesn’t adhere to Upanayana for four generations is guilty of Brahmahatiya and ceases to be an Arya as per Apastamba.

Manusmṛti prescribes Dharma [duties] for each Varna. Exceptions are made during the times of socio-political instability, famine and wars.

Dharmashastras dictate four stages of life along with prescribed duties and Samskaras. They are:

The downfall of our civilization is indicated the day we began professing as Hindus instead of Vaidikas/Aryas/Sanatanis. And the day we gave precedence to British confection called “Hinduism” and “Indian constitution” over “Arya Dharma/Sanatana Dharma” and “Shastras” we threw ourselves to the fringes of point of no return.

It’s imperative to embrace Dharma, and develop a collective sthairya in order to reverse the damage and revive Arya Bharatiya Sabhyata.

This article was first published at Medium.