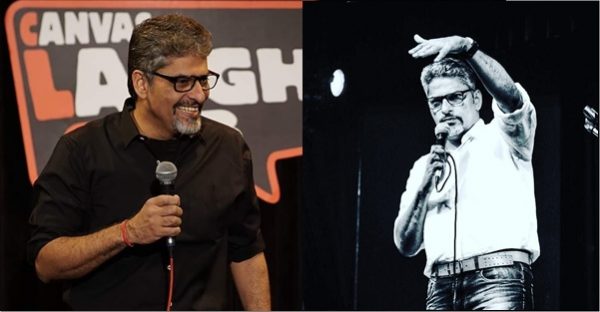 Manish Tyagi or “The Knotty Commander” as he is popularly known in the comedy circuit, is one the best Stand-Up and busiest Stand-up comics, travelling within India and abroad, having performed solo at multiple locations across the country such as Mumbai, Bangalore, Hyderabad, Chennai, Ahmedabad, Kolkata, Bhubaneswar, Ranchi, Chandigarh, Lucknow, etc. Till date, he has done over 50 solo shows, hosted over 100 shows and many more open mics.

His Facebook page and YouTube channel has close to 36,000 followers, with multiple videos having almost 9 Lacs plus organic viewership. His video “Le Kaun Raha Hai Be” has already touched 1.4 million views on YouTube. His jokes have also been aired on 91.1 FM and 94.3 FM in the past.

Manish is also a TEDx and Motivational Speaker who shares stories from his life and background which have had a positive and inspiring impact on many a youth. He has spoken at 4 TEDx conclaves till date and also at various colleges and other institutes in India. His stories have also been published in leading newspapers and websites on social media. He has also delivered a talk at the JOSH talks. 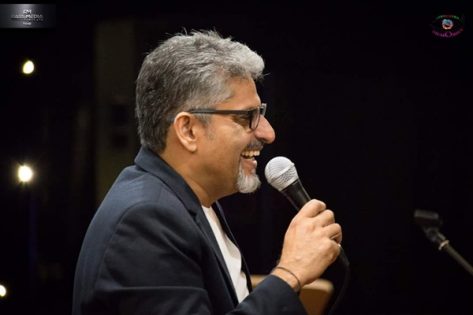 Here is an excerpt of an interview of Manish Tyagi taken by Tenjit Dev Sharma, Contributing Writer for My India My Glory e-magazine, where he tells about the story of his journey from Commander in The Indian Navy to becoming a well known Stand-up comic.

Tenjit Dev Sharma: A little brief about yourself.

Manish Tyagi: I am 51, and an Engineer by education and profession. I have served in the Indian Navy for 23 long years. I quit the Indian Navy in May 2012 as a Commander and got into Corporate Training since I wanted to pursue my dream – to train people and impart experiential learning. At that point of time, I was also engaged as the Business Head (India) for the channel partners of Cummins India Ltd. to market Cummins brand of marine engines and gen-sets across India.

Tenjit Dev Sharma: How did the thought of becoming a Stand-Up Comic get into you? How did you discover your passion for comedy?

Manish Tyagi: During this period, one of my very close friends from Mumbai told me about a new art form known as Stand-up Comedy and suggested that I should give it a try. It took some time to figure out where it happens in Delhi but I finally landed on stage for the very first time in August 2014.

I think I always had a funny bone in place, because as a kid, I would always entertain my family members with my jokes and observations. Being serious was not one of the things that were expected of me when I was around. Like I mentioned, when my friend introduced me to this art form and I began performing in Open Mics, I knew that this is what I wanted to do for sure. 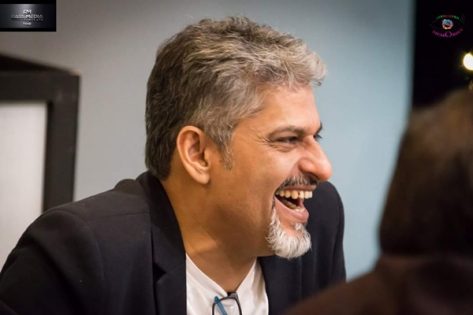 Tenjit Dev Sharma: What were the initial hurdles you faced, before you became a professional Stand-Up comedian? How did you overcome them? What kept you going?

Manish Tyagi: Like all other comics, when I started out, I too bombed many times. One also needs to keep in mind that open mics do not pay you and it’s an investment of around 7-8 hours. You might end up getting a 3-4 minutes spot at 11 pm and bomb. When you get home, you wonder why you are doing this at all?

But then, it’s your passion which drives you to go back and kill the next day. The other challenges – your content and the relatability to different types of audience in different settings. It’s not easy to figure out what would tickle their funny bone, however, like they say practice makes a man perfect.

Tenjit Dev Sharma: How do you write content for your jokes, do you observe situations and create them in your head? What is the creative process that you follow?

Manish Tyagi: Every artist has his or her own style of creating content. For me, it’s more to do with observing situations and finding humor in them. You think the situation over a few times in your head and try to figure out what would be the funny take in it. You write it down either on a piece of paper or on Facebook and the same can then be tested in an open mic or a show and subsequently, refined. Creativity is an iterative process per se. 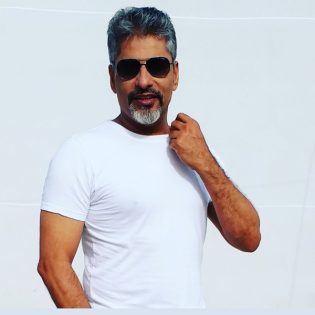 Tenjit Dev Sharma: Having spent years in the “Indian Navy” how has the experience helped you in becoming a good Stand-up Comic?

Manish Tyagi: Having led a much disciplined life, there is a very serious side to me as well. I am very punctual, meticulous about my work and usually very quiet at home. Have had my share of pains and issues in life and thus, try to remain as private as possible. Very fauji for people who don’t know me well enough.

Tenjit Dev Sharma: Where do you hope to go from here and what are your plans for the future?

Manish Tyagi: Having performed in multiple cities in India, I think the next logical step would be performing international. I have already performed in Sydney and Auckland and hope to repeat the same in some other countries.

Tenjit Dev Sharma: What else are you engaged in apart from Stand-up comedy?

Manish Tyagi: I think it’s important to explore all possible forms of entertainment whilst one is fully engaged in Stand up Comedy. I have acted in a forthcoming web series which was directed by a reputed film director. I have also done multiple photo shoots for advertisements and hope to be doing more work in this line. Talks are also on with a TV channel for a show.

Tenjit Dev Sharma: Your views on future of Stand-up Comedy in India.

Manish Tyagi: We are a nation of 1.3 billion people and growing by the second. The awareness for stand-up Comedy is also growing fast, thanks to the internet and unlimited band widths. It’s nice to see that even Tier 2 cities are hosting stand-up comedy shows and audience coming in large numbers. 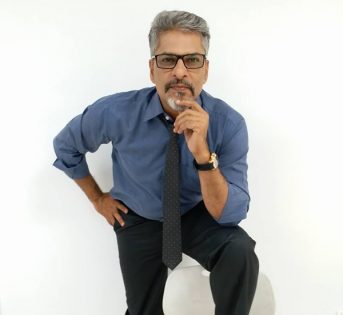 Good shows also often translate into someone getting you over for a private or corporate show. There is time before it peaks in India and anyone who is talented and hard working can and will go places for sure.

Tenjit Dev Sharma: What is your message to the budding Stand-up comics? Any tips that you want to give them.

Manish Tyagi: An aspiring comic needs to figure out as to WHY he or she wants to pursue this art form. Comedy is a serious business and one can go far only and only if it’s a passion.

I would also say that be original and create your own style which people can relate to. Don’t try to copy anyone or try doing their material. Be yourself. Patience is a definite virtue one has to have.

Tenjit Dev Sharma is a marketer by chance, traveler and guitar player by choice. He loves to write his heart out and expresses his views only after thorough research and analysis. Being an Army Brat, he cannot hear anything against India and her Armed Forces.