Is the Ban on Private Cryptocurrencies by the Indian Govt Justified? 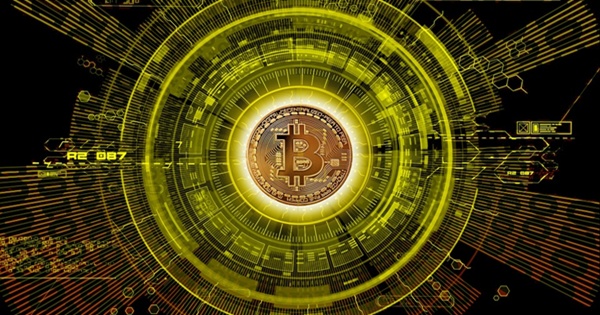 Imagine this scenario, plausible in the long-term.

Umar Khalid and Jignesh Mevani after successfully engineering riots in Maharashtra embark on a grander project next:

They say the rupee note and coin as issued under the signature of Modi’s RBI Governor, and many of the depictions on it like Hampi’s chariot, or “Satyameva Jayate” from the Mundaka Upanishad are symbols of Brahmanical fascist Manuwadi oppression and they will fight to eradicate it.

They launch a new currency – the Indian Secular Rupee (ISR), guarantee signed by their favourite rock-star economist Raghuram Rajan on the Secular Reserve Bank, bearing the faces of “eminent statesmen” from Aurangzeb to Mao to General Dyer. They have the entire media machinery at their disposal so they can viral market it, promote it as being “solid” instead of the official Indian Rupee, (INR) with its “weak fundamentals” and all of that nice English.

What do you expect will happen?

People like you will call it “freedom of choice”, the official rupee will somehow become “communal” and the “cool” factor will lead to people using the new Secular Rupee more and more. Secularly inclined people who agree with Umar Khalid’s desire to break India into a thousand pieces will patronise it, businesses similarly inclined will use it (double benefit, one – free of the mechanism to track the Indian Rupee, two – easy funding to funnel to their activities).

And when a great many businesses use it surreptitiously, that also means they will use less and less of the Indian Rupee with the three lions on it. The Indian Government’s sovereign right and duty to regulate money flow – by controlling currency print, and interest rates, will be weakened as this will only influence a smaller portion of the country (barring of course, the section that uses the Secular Rupee).

There will be less demand for Indian Rupee notes due to less number of people using it. Remember, the Indian Secular Rupee is just a piece of paper, those people can still give and take Indian Rupees the regular way so they have the best of both worlds.

Over time what happens?

The Indian Rupees in circulation are circulating fast enough as many people are using the Secular Rupee instead.

The Government has to print and pump in more Indian Rupees to increase its rate of circulation.

This causes inflation of the Rupee – if more Rupees are pumped into the system.

Over time, this inflation will make people lose even more confidence, even less use, and printing and pumping of Rupees. It’s a spiral into hyperinflation. – A death blow to millions of livelihoods.

Why did this come about? The root cause is acceptance of a currency other than yours –The reasons are mostly economic. In Countries like Ecuador or Cambodia people freely use the US Dollar as the local currency is too worthless. It could also be political or cultural. The LTTE in Sri Lanka, in their heyday banned Sri Lankan Rupees, and issued Eelam Rupees, which of course no one else recognised outside Tiger territory.

Replace the Indian Secular Rupee with the Bitcoin and you’ll get what will happen.

A person or bunch of people, you don’t know who, release x number of electrons, called bitcoins, backed by nothing other than their own guarantee. That’s what Bitcoin is and is NO DIFFERENT from my story above, of the hypothetical Secular Rupee – a few people saying this has value, and influencing people to accept it.

And if as the Bitcoin fanboys claim there will be no indiscriminate issue, just like Governments print money, isn’t Bitcoin supply also dependent on how fast it is mined and how many transactions take place? How is that any different from the concepts of money supply in existence and velocity of money?

When 500 and 1000 rupee notes were demonetised, you blamed Narendra Modi. Who will you blame if some of your Bitcoins vanish overnight? Modi again anyway, because there is no one tasked with accountability for Bitcoin, and when cribbing about anything, Modi is the first and last port of call anyway!

See where this is going?

Legalising cryptocurrencies like Bitcoin in India is nothing short of economic suicide and by extension treason.

The right to decide and issue legal tender should rest with a duly elected sovereign Government of India and none else. Money is after all the base on which people can ply their trades and earn their food! Any danger to the foundation of that monetary system, is the first step to anarchy, which is why the people we have elected to enforce supremacy of law should also be tasked with this.

Every transaction in India not redeemed in Indian Rupees is a loss for the Government and an assault on its sovereignty. Ideally Bitcoin should come under the same Foreign Exchange Regulation Act that a US Dollar or Euro comes under in India.

It’s not just a “cool” thing for people to use Bitcoins because everyone is using it, or a right to choose fad. Your nation’s economic stability depends on it!

This article was published in Quora.