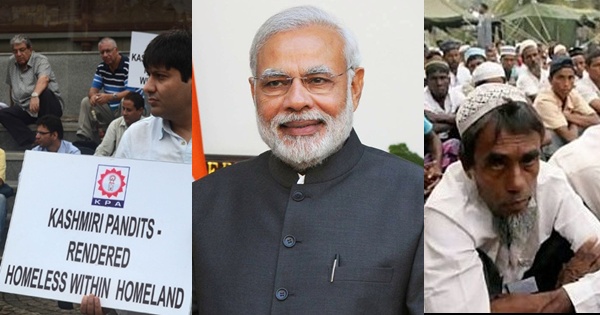 I am your big fan. So are billions of people not only from India but also from across the world! Ever since you attained the role of prime ministership, you have been working day and night to bring India to the forefront in the world map. And you did it. In just three years. This is only the start. And we await India’s achievement of many more milestones at the international level. You are a ray of hope to millions of Indians.

I always listen to your Mann ki Baat. Whenever I sit in front of the television and surf through the news channels, I listen to your speech, whether live or recorded, if any channel broadcasts it. Your charisma inspires me. It does inspire many.

At the regional, state, and central level, several developmental schemes have been implemented under your leadership and guidance. Not a single case of corruption stains your identity. You stand tall amidst the stalwarts of nation building.

There are many issues that are yet to be resolved. Many problems that India is facing in various spheres need to be solved. And I, a citizen of India, am confident that gradually all problems will be cleared up. I know it will take time. I know that you are working from the grassroots level. And I salute you, dear Prime Minister, for that. And I believe, under your leadership, India will soon emerge as one of the super powers of the world.

But, this one news has been disturbing me Sir ever since it has been broadcast. Print media, TV channels, social media are abuzz with your decision of helping the Rohingyas of Myanmar. According to a December 20 news report by ‘thedailystar.net’, the headline goes, “India and Myanmar today signed a Memorandum of Understanding for socio-economic development in Rakhine and building prefabricated houses there for facilitating Rohingya refugees’ safe return.” And the following lines follow, ‘“Under the MoU, India proposes to take up, among others, a project to build prefabricated housing in Rakhine State so as to meet the immediate needs of the returning people,’ a statement issued by India’s Ministry of External Affairs said.” Here goes Reuters’ headline in a news report – India pledges $25 million for Myanmar’s Rakhine to help refugees return. The Wire reports – India to Build Pre-Fabricated Houses for Rohingya Refugees.

Why build homes (pre-fabricated) for Rohingyas in Myanmar? Why dear Prime Minister? When Kashmiri Pandits are still refugees in their own motherland, why prioritize on Rohingyas rather than rehabilitating our own brothers and sisters who have been victims of militancy since several years? According to official figures, over 62,000 Kashmiri migrant families have registered with the government. 40,000 of them are registered in Jammu, 20,000 in Delhi, and 2,000 in the rest of India! What about the unofficial figures?

This is a grave issue that needs to be resolved first, dear Prime Minister. Please rehabilitate Kashmiri Pandits first rather than building homes for Rohingyas in Myanmar.

My heart pained a lot reading the diary of a Kashmiri Pandit, which was published in the form of a blog series. I won’t be taking the author’s name in this open platform. Let me quote her, “Do bear with me, for, I am writing not only to put things down and share a glimpse of what an entire community, subject to the horrors of pre-planned ethnic cleansing, went through, without other Indians being aware of the same, but also to unabashedly cleanse myself and purge my soul of any remnants of embitterment, disenchantment or sorrow, that the turbulent times and clinical apathy, were bound to have created in me and, most certainly, in a number of people from my community.”

Quoting her further, “And then came the hellish night of 19th of Jan 1990 when Kashmiri Pandit Exodus Day happened with my uncle and aunt still in Srinagar. When the news of mosques all over the valley blaring such provocative, pro-Islamic and threatening slogans such as ‘Musalmano jago, Kafiro bhago’ (wake up believers, run away non-believers), ‘Kashmir banega Pakistan’ (Kashmir will become Pakistan) and ‘Asi gache Pakistan, Batav ros Batnev san’ (we want Pakistan – without Kashmiri Pandit men, with Kashmiri women), reached my parents from our panicked relatives, they were obviously worried.”

She further writes, “Kashmiri Pandit Exodus did change me but my upbringing ensured that I grew up to love, respect, acknowledge and appreciate people for who they are. When you see my mother being affectionate, generous and courteous to all her old friends from the valley, you will know what I mean. When you find that my father gifted me a Tasbeeh from Mecca and also sent me Aab e Zam Zam in a bottle along with a huge can of Gangajal, you will know what having respect for all faiths, without malice, actually feels like. And when you see my plate full of symbols of all faiths lovingly gifted by my friends over the years, you will know that a true Indian, loving her nation, does not need to flaunt secularism on her lapels. When I was taught to say Vasudhaiva Kutumbakam (the world is one family), I was instructed to live it! I am proud of my roots and heritage which inspired me to move from the Tamas of violent ethnic cleansing to the Jyoti of education and self-reliance.”

This is only a short glimpse of what I had read in this diary. Imagine the plight of the thousands of Kashmiri Pandits who have been suffering since several years!

A few years ago, several thousand Rohingya Muslims, who escaped from Myanmar, have illegally settled in various parts of India including Kashmir. This indeed happened during the Congress regime. Now Pakistan, Saudi Arabia and Bangladesh had refused to keep these refugees back. Then why should India give them shelter? They should be driven away from India. There was great uproar across the country when the Indian government decided to drive them away. Thanks to PIL filed in the Supreme Court of India demanding their stay with many a secular Indian supporting them! Moreover, they hold UN cards and accordingly have the right to stay!

The United Nations Human Rights Organization had commented that the atrocities happening on Rohingya Muslims in Myanmar was an accurate example of ‘ethnic massacre’! When the Kashmiri Pandits were removed from their own Kashmir in thousands, where were the human rights people of India and the world? Why no voice for the Kashmiri Pandits?

In January 2017, the Jammu and Kashmir government had identified 100 acres of land at eight places in the valley for rehabilitation of Kashmiri Pandits. According to the govt’s plan, these pockets would be spread across all 10 districts of the valley. An amount of Rs 500 crore had been earmarked for their rehabilitation. Union Home Minister had suggested that land may be identified also keeping in mind the security aspect.

It is my earnest request, dear Prime Minister of India. Please solve the Kashmiri Pandits issue first rather than funding for the construction of homes for Rohingyas in Myanmar.

From a CITIZEN of India.