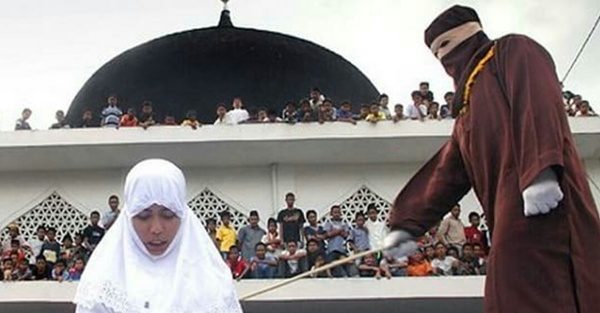 Is there need for Indian govt to issue advisory booklet for women travelers to Dubai on Sharia law? Yes!

Dubai is considered as tourists’ paradise. Millions of tourists visit there every year to enjoy their holidays. Mesmerized by the beauty and Glamour of Dubai many chose to work there in hotels etc. to make living.  One aspect which is kept hidden under the carpet from them is the Sharia – Islamic Laws followed in U.A.E.

U.A.E. does not have any separate constitution. For them Sharia is the law book and laws mentioned in it are the laws of nation. To raise voice against that law is considered as the supreme crime. Punishment for that can be as severe as Death penalty. These are the laws that are followed from the time of Prophet Mohammed (Peace Be Upon Him).

Is there freedom of media- press, social-networks  in Dubai?

Like all the communist countries and nearly all the Islamic countries there is no freedom of press in Dubai. The social media is also very restricted as in nearly all Islamic and communist nations. If they even smell something fishy going out, they immediately block everything.

Visitors must beware of 1400 yrs Laws. 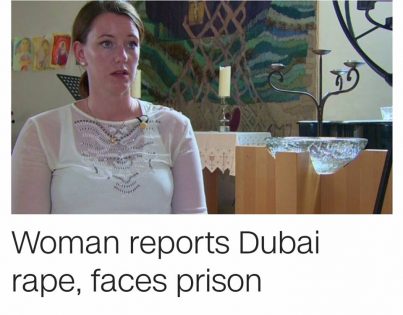 What are the rape laws in Dubai?

Matter is that many Indian women are also in jail of Dubai. Because the rapists are never punished generally in U.A.E. but the woman herself is jailed. This gives birth to another myth that women are most safe there, as no rape happen in nations following Sharia law. As per them it is not rape but sex outside marriage.

The documentary below is the story of a beautiful young lady Alicia Gali from Australia who was brutally gang raped by 3 workers in a hotel in Dubai.

Alicia Gali story is also on Google Wikipedia. Her country government warned her not to publicize the case, especially of her jail term period.

Is kissing on a cheek or hugging friendly in public a crime in Dubai?

Yes, kissing on cheek or hugging in public is a crime as per holy Quran and is enough to put one in Jail. There are many boys and girls from around the globe who have been to jail for this reason.

UK charity warns tourists in Dubai not to report rape after woman who was ‘gang raped’ arrested.

A UK-based charity has warned that British tourists and expats in Dubai and across the United Arab Emirates (UAE) should not report incidents of rape after a woman who was allegedly gang raped was arrested and charged with “extra martial relationship”.

Detained in Dubai, an organisation that assists people who have become victims of injustice in the UAE, has warned against reporting rape or other crimes in the country because of the “manipulation when it comes to criminal accusations” and the “racist” preconceptions held against Western tourists.

Radha Stirling, founder of the charity, said that following the recent case – as well as a number of other shocking incidents in recent years where rape victims have been detained in the UAE – she advises British tourists not to report crime.

Condition of jails and treatment of women in U.A.E.

It is propagated that the condition of jails there is paradise on earth. But the stories that are told by many victims are horrible stories.

Why the countries don’t raise voice?

It is due to trade deals. Also nearly 1.8 Billion Muslims are from more than 50 countries, means nearly 50 votes whereas 1.3 Billion Indians has only one vote internationally on various issues.