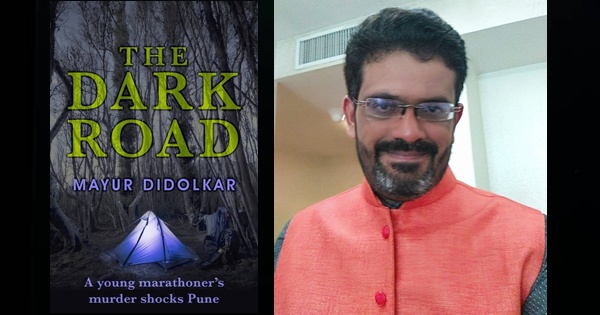 When you work as a private detective, being courteous to police officers is a reflex action. When they call to ask for a meeting, you change your schedule and present yourself. When they call and ask if they can come and see you, you say yes. Always.

That’s the world of a female detective that you will get transported to. In Mayur Didolkar’s The Dark Road, published by Juggernaut. This thriller is the author’s second literary venture. His first novel titled Kumbhpur Rising was self-published in 2014. Set in coastal Maharashtra, the story is about a group of zombies who take over a sleepy little village during a political uprising.

Mayur Didolkar runs a financial services business in Pune. A fan of popular fiction, he has also published several short stories. He writes for Swarajya magazine and The Quint, and has run two full marathons.

Saiswaroopa Iyer, the best selling author of Abhaya and Avishi says about The Dark Road, “Riveting tale. Kept me awake through the middle of the night and kept me guessing till the end! Nice to see a female detective with her head in her place. The political commentary was skilfully woven without tampering with the pace. That is something rare among the novelists of today.”

The Dark Road will keep you glued to the plot from start to finish. Retired Crime Branch Officer Prasanna Killedar runs a sophisticated debt recovery agency or as her daughter describes it “chasing deadbeats” and yet solving murder cases is what she is really good at.  So when the Pune police department requests her help for solving a potentially politically motivated murder of a young woman, Prasanna agrees reluctantly to help.

The investigation starts and Prasanna forms an unlikely friendship with the past alcoholic turned charismatic millionaire Siddharth Pandit. Siddhu as he is called, knew the victim Sanjyot “Sanju” Pathak’s parents for over twenty years and he trained Sanju for her first marathon a year ago. Together they delve in to the dead girl’s painful past to unravel mysteries concerning her sister who went missing nine years ago, her religious zealot mother and her lovers.  Was Sanju a vixen who finally went too far with her married boyfriend, or was she a victim of her own past? What role did Kunal Darekar, her married boyfriend who ran with the leftist ultras, and constantly talked about revolution, play in her death?

Politics, passion and past all colluded in leaving Sanjyot Pathak dead in a forsaken wood at the ripe age of twenty three. Now solving her murder will pull a few ghosts out of their chains and threaten to destroy all those who wish to see justice being done to the dead girl.

An excerpt from The Dark Road:

When you work as a private detective, being courteous to police officers is a reflex action. When they call to ask for a meeting, you change your schedule and present yourself. When they call and ask if they can come and see you, you say yes. Always.

That doesn’t mean you are not allowed to show incredulity, though. So, when Assistant Commissioner of Police Aseem Raja told me about the murder, I allowed my natural reaction to show itself. We were seated in my small but comfortable office in a commercial complex near Pune Railway Station. I had a nameplate on my table that read ‘Mrs Prasanna Killedar – ACP. Retd’ for old times’ sake.

‘Where was this woman found?’ I asked.

‘More of a girl really; she was just twenty-three. She was found in Bandoghat. A camping and commune site about twenty kilometres north of Kolhapur. I’m not sure what municipal limits it falls under,’ Aseem said.

‘And you think she was killed here and dumped there?’ I asked. I was thinking, Why is he talking to me about a murder that is not even in his jurisdiction?

‘Nope. She was camping there. Alone. She was murdered about twenty feet from her tent. Possibly attacked as she went there to relieve herself.’

‘Okay, first up I want to know why the rural police are not investigating this. And why you, from the Pune police? If I remember right, you were transferred to some VIP security detail around 15 August?’ I may have taken retirement from the department ten years ago but I still have my sources.

‘As of last night, I have been transferred back to the crime branch and assigned this case.’

Aseem paused for effect. We both smiled at each other and while I fiddled with my rapidly greying hair, he waited patiently for me to respond.

‘Her name is Sanjyot Pathak. Single. She was an avid trekker and runner. Worked at some design boutique.’

‘Not a lot. Father works as an engineer with Larsen & Toubro in Navi Mumbai. Mom is a social worker and homemaker.’

‘Because Rajeev, Sanjyot’s father, used to work for Siddharth Pandit. The families are close.’

Siddharth Pandit’s name would explain why the police department was falling over backwards to solve this case. But I still did not understand why he would put this kind of weight behind a friend’s daughter, however close they might be.

Aseem pre-empted my question. ‘This is the second tragedy for the family, Prasanna. Sanjyot’s elder sister, Amruta, ran away one night five years ago after a fight with her parents and has not been seen since. They think some predator got to her. Sanjyot was all the family had, and now she’s gone. The parents are crazy with grief.’

And Siddharth Pandit was promising them revenge for their youngest. I nodded in understanding. I knew that kind of person. And that kind worried me a lot. 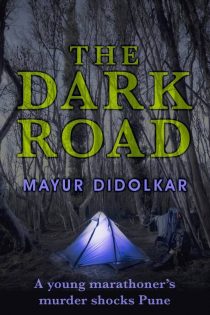