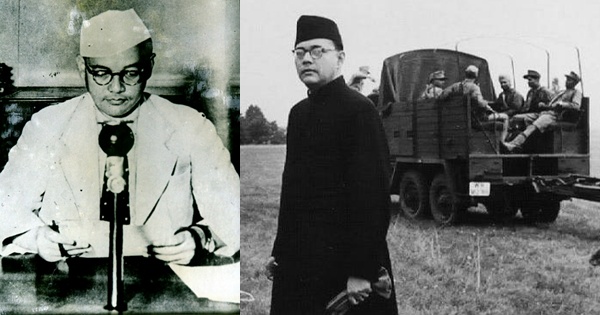 The disappearance mystery of Netaji Subhas Chandra Bose is yet to be solved.

A controversy arose when Mr. Mahender Kumar, DS (Security), Ministry of Home Affairs, in a reply dated 30.05.2017, to a RTI request with registration number MHOME/R/2017/50894 and related to Netaji mystery, had stated, inter alia, that “the Government has come to the conclusion that Netaji had died in the plane crash on 18.08.1945”. 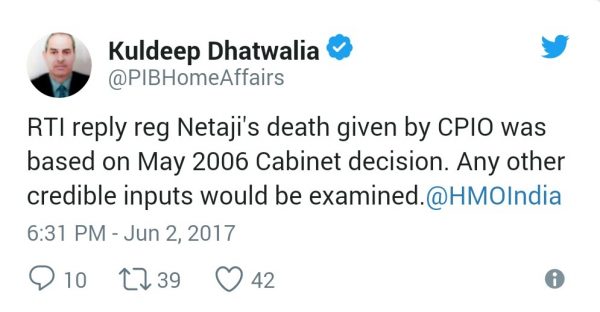 After a public furore and sharp reactions by the West Bengal Chief Minister Ms. Mamata Banerjee and various political parties, Mr. Kuldeep Dhatwalia, Director General (Media & Communication – MHA), Press Information Bureau, Government of India, in a Twitter post dated 02.06.2017, had clarified that the said RTI reply regarding Netaji’s death given by the CPIO was based on the May 2006 Cabinet decision and that any other credible inputs would be examined. 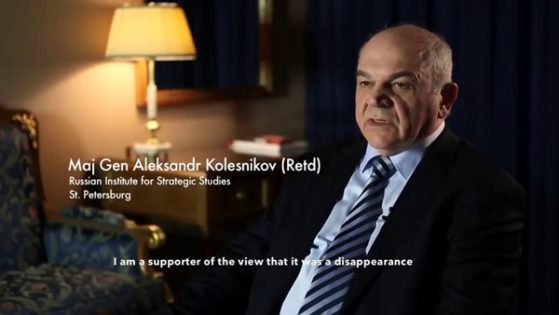 In this context it is necessary to examine the credible inputs shared by Major General Aleksandr Kolesnikov (Retd.), a Russian national, in his interview in the investigative documentary film titled “Subhash Chandra Bose: The Mystery” which premiered on the Discovery Channel on 18.07.2016 at 9:00 pm IST. The said investigative documentary film, written and directed by Mr. Iqbal Malhotra and produced by Delhi based Aim Television Pvt. Ltd. for Discovery Networks Asia-Pacific, attempts to unravel the mystery surrounding the alleged death of Netaji Bose with an amalgamation of rare photographs and archival footage along with interviews from experts around the world.

Major General Aleksandr Kolesnikov (Retd.) has made unequivocal statements in the said investigative documentary film. He has dismissed the view that Netaji died in the plane crash and supported the view that it was a disappearance. He has admitted that the Russian archives containing materials concerning state secrets are closed to researchers. He has stated that he thinks that there was some secret pact about Netaji between USSR and Great Britain. He has further stated that he thinks that Netaji was useful during Stalin’s time but after Stalin’s death Netaji Bose was not much of an asset for the Soviet Union. Finally he has suggested that Government of India should officially request the Russian President for information as that is the only way to get all the answers.

It is pertinent here to give a brief introduction of Major General Aleksandr Kolesnikov (Retd.) along with his contact information. He is the Representative of Russian Institute for Strategic Studies in Turkey. He is a Doctor of Historical Sciences and a Professor associated with Military Institute of Foreign Languages and Institute of Oriental Studies in Russia. He is presently around sixty-six years of age. He had been in military service of USSR for around seventeen years and his last held position was that of Assistant Chief of Staff of the Joint Armed Forces of the Warsaw Pact countries. Thereafter for around four years he worked as an international journalist in Germany and Poland and subsequently for around eight years in the Ministry of Foreign Affairs of the Russian Federation (Turkmenistan, Kyrgyzstan, Turkey and Israel). He has the diplomatic rank of 1st class Minister Counsellor. He speaks English, French, Polish, Turkish and Turkmen languages. He has authored over one hundred published monographs, books and scientific articles. His contact details are as follows – 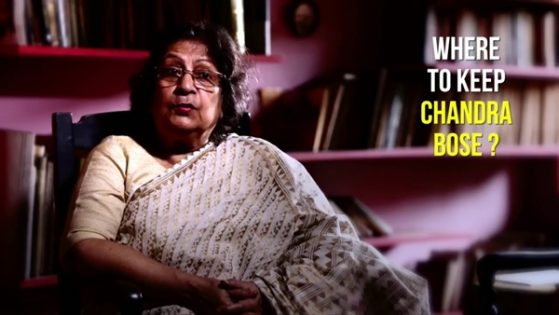 Dr. (Ms.) Purabi Roy, a retired Professor of International Relations at Jadavpur University, a former Visiting Professor at Moscow State University and St. Petersburg University, a profound scholar of Russian language and literature, an independent Netaji Bose researcher and at present a Member of Council in Indian Council of Historical Research, has been a strong proponent of Netaji’s presence in the erstwhile Soviet Union after 18 August 1945. She claims that during her research work related visit to Moscow from August-October 1996, she came to know from her good friend Major General Aleksandr Kolesnikov (Retd.) about the existence of files on Netaji in the “Archive of the Chief Intelligence Directorate of the Russian General Staff” also known as “GRU” (the English transliteration of the Russian acronym, which stands for “Glavnoe Razvedyvatel’noe Upravlenie”) Archive in Podolsk where she had no access. At her request, Major General Aleksandr Kolesnikov (Retd.) procured from the said “GRU” Archive, information about a file that referred to a meeting between Joseph Stalin, Vyacheslav Molotov, Andrey Vyshinsky and Yakov Malik discussing “Where to keep Chandra Bose?” in October 1946.

She claims to have arranged a meeting where Major General Aleksandr Kolesnikov (Retd.) discussed the above-mentioned finding with Mr. Chitta Basu, the then General Secretary of All India Forward Bloc and Mr. Joyanto Roy, also a member of All India Forward Bloc, both of whom were in Moscow in October 1996, as part of the Parliamentary Delegation to Russian Federation led by Mr. Purno Agitok Sangma, the then Speaker of Lok Sabha. She claims that a note with details of the above-mentioned finding, handwritten by Major General Aleksandr Kolesnikov (Retd.), was given to Mr. Chitta Basu in the said meeting for further necessary action. She regrets that Mr. Chitta Basu on return from Russia ignored the above-mentioned finding and that the said handwritten note became untraceable after his death in the following year. 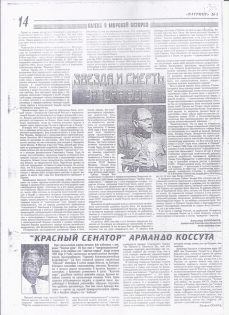 Major General Aleksandr Kolesnikov (Retd.) has authored an article titled “Destiny and Death of Chandra Bose” (“Zvezda i smert’ Chandra Bosa”) in Russian which was published in the January (No. 3) 1997 issue of the Russian newspaper “Patriot” (“Patriot ezhenedel’naya gazeta”). The said article was translated to English by Mr. Sumit Chakrabarty and published under the title “A Russian Tribute to Netaji Subhas” in the VOL XXXV No 32, July 19, 1997 issue of “Mainstream” magazine.

In this article, Major General Aleksandr Kolesnikov (Retd.) has not concealed his Communist convictions and most significantly while reiterating the arrival of Kato Kuchi (Netaji’s representative) in Omsk, has clearly hinted at the possibility of Netaji Bose having reached the Soviet Union at the end of World War II. He has underlined the inconsistencies of all attempts to “establish” his “death” and concluded with a reaffirmation of the durability of Indo-Russian relations which Netaji tried his best to promote. 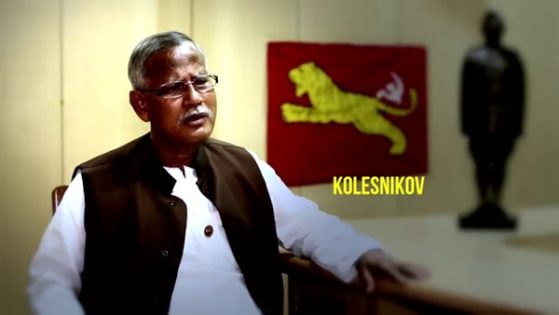 The statements made by Major General Aleksandr Kolesnikov (Retd.) in the investigative documentary film titled “Subhash Chandra Bose: The Mystery” and his article titled “Destiny and Death of Chandra Bose” clearly hint at Netaji’s presence in Soviet Union after 18 August 1945. Taking the profile of Major General Aleksandr Kolesnikov (Retd.) into account, it does not seem that he is making conjectures, rather his views are most likely to be based on secret information drawn upon Russian archives, where without any exception only a strictly defined category of officials are allowed to work with the classified documents. Furthermore if the finding about the Soviet cabinet members discussing Netaji’s future in a meeting in October 1946, which Dr. (Ms.) Purabi Roy has consistently over the years attributed to Major General Aleksandr Kolesnikov (Retd.), is true, then it is an irrefutable proof negating Netaji’s death in the alleged plane crash at Taihoku (now Taipei) in Formosa (now Taiwan) on 18 August 1945. 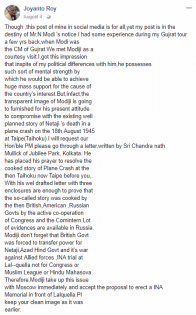 Therefore, it is necessary to get the admissible evidence of Major General Aleksandr Kolesnikov (Retd.) as early as possible and in a manner similar to the one in which it would have been done, had he deposed before the Justice Mukherjee Commission of Inquiry. If such evidence is successfully obtained, it will be a major step forward for all future investigations into Netaji’s disappearance mystery.

The most valuable input given by Major General Aleksandr Kolesnikov (Retd.) is in the form of the advice that to unravel Netaji’s disappearance mystery the Russian Government should be approached at the highest level.

In view of the above facts and circumstances, I have written a letter dated 02.08.2017 to the Hon’ble Prime Minister of India Mr. Narendra Modi, requesting him to intervene in the matter and especially to personally engage with the President of Russia and persuade him to declassify all files on Netaji Bose available with the Russian Government to pave the way for the resolution of the long-standing mystery.

The original letter along with supporting documents, sent through post, has been delivered to the PMO on 07.08.2017. Copies of the letter along with attachments, forwarded to the Hon’ble Chief Minister of West Bengal Ms. Mamata Banerjee, Hon’ble Mr. Justice (Retd.) Manoj Kumar Mukherjee, Dr. (Ms.) Purabi Roy, Mr. Joyanto Roy and Ms. Chitra Ghosh (Bose family), have also been delivered through post. 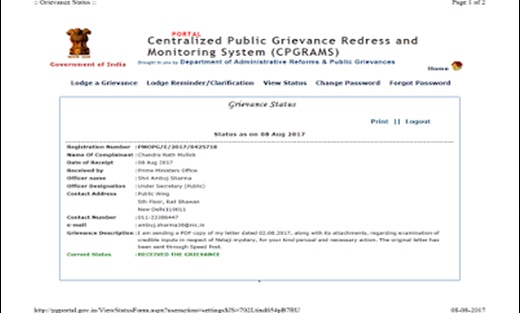 A PDF copy of the letter and its attachments has also been submitted electronically to the PMO on 08.08.2017 and it has been registered as Public Grievance number PMOPG/E/2017/0425718. Reply from the PMO is awaited.

In connection with the above letter, Mr. Joyanto Roy of All India Forward Bloc, has written a Facebook post dated 04.08.2017 addressed to Prime Minister Mr. Narendra Modi. Despite his political differences, Mr. Joyanto Roy has praised the Prime Minister for his mental strength with the hope that he would be able to achieve huge mass support for the cause of the country’s interest. He has urged the Prime Minister to take up this issue with Moscow immediately and accept the proposal to erect a INA Memorial in front of Lalquella (Red Fort). 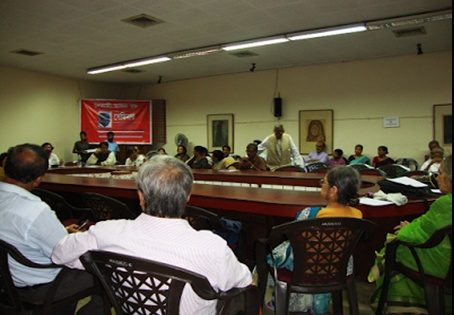 Netaji Bhavna Mancha, a charitable trust, under the aegis of Dr. (Ms.) Purabi Roy, had organised a seminar to discuss the possibility of recall of the Mukherjee Commission’s Report by the Central Government in the context of resolving Netaji’s disappearance mystery, in the Conference Hall of Academy of Fine Arts in Kolkata on 18.08.2017. A decision was made in the seminar to submit a memorandum, supported by members of the public, citing, inter alia, the revelations of Major General Aleksandr Kolesnikov (Retd.) from the investigative documentary film titled “Subhash Chandra Bose: The Mystery” as the availability of the key witness, who had given the Mukherjee Commission a miss, thereby necessitating his examination so that the archival materials noted by him can be declassified. 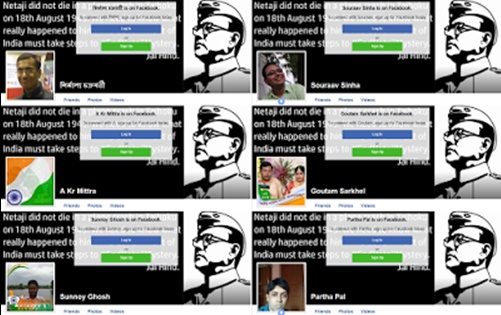 Millions of Indians worldwide are eagerly waiting to know what really happened to Netaji Bose ever since he along with Col. Habibur Rahman got separated from the rest of the Indians on 17 August 1945 in Saigon. A section of the Bose family has been regularly demanding the appointment of a high-powered Special Investigation Team (SIT) for pursuit of the case, to obtain files on Netaji Bose from various countries including Russia, to examine the theories in circulation and to arrive at a logical conclusion. The relevance of the Netaji mystery issue in the present day scenario is conspicuous by its frequent appearance in the mainstream media as well as the increasingly heated debates taking place on social media on a day-to-day basis. In a remarkable response to my proposal on Facebook for Netaji admirers to take part in a campaign on 18.08.2017 denouncing the story of “Netaji’s death in plane crash” by updating their Facebook profiles with a Cover Photo with an appropriate message to the Government, many users readily obliged. The Netaji mystery issue has entered a critical phase and a decisive push at this stage would certainly ensure a breakthrough. Hence all Netaji Bose admirers need to come forward, shedding all their inhibitions and preconceived notions, and raise their united voice so that the Government of India is compelled to take steps to end Netaji mystery.

On 14.10.2015, while announcing the process of declassification of files relating to Netaji Bose, the Prime Minister had said “There is no need to strangle history. Nations that forget their history lack the power to create it.”

Let us be optimistic that the Hon’ble Prime Minister of India Mr. Narendra Modi will pay heed to the public demand and do everything possible within his powers to end Netaji Bose mystery.

Please SIGN this online petition to support the cause for Netaji Bose.

Let us make concerted efforts and bring a closure to this case. Jai Hind.