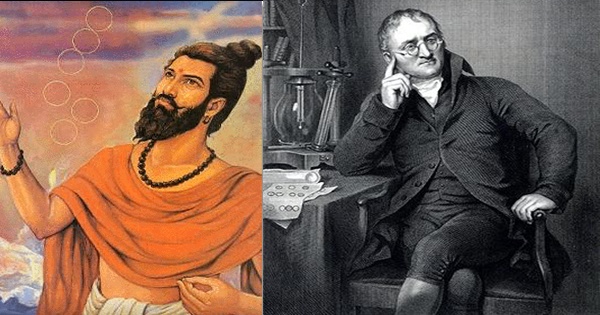 If you traverse into the terrains of ancient India through manuscripts, you will be enthralled to be part of a rich heritage that introduced countless theories and concepts that are practically factual. Our ancient sages, philosophers, astronomers, mathematicians, and many a scholar made immense contribution through their inventions and discoveries in various fields. Unfortunately, credit for many of these inventions and discoveries goes to foreigners.

Do you know Kanad, an ancient Indian sage, scientist and philosopher propounded a theory of atoms to explain the creation and existence of the universe? But the discovery of atomic theory is attributed to John Dalton, an English chemist, physicist, and meteorologist.

Our ancient Rishis first conceptualized the idea that matter consists of indivisible units and cannot be further divided into smaller particles. The smallest particle, i.e. atom pervades the entire universe. It cannot be destroyed and retains its original form under all situations.  Our Rishis discovered this concept on a spiritual context. While Kanad was the first to give clear picture about this concept, philosophers and thinkers from the later period developed detailed theories on how atoms combined to form compounds. 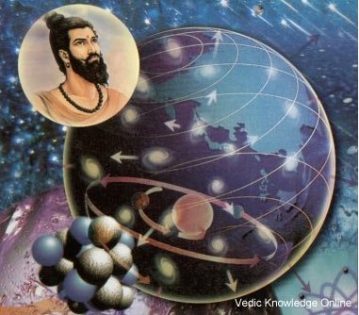 Maharishi Kanad penned his explanations on the atomic theory of matter  in his book in Sanskrit called Vaisheshika Sutra, also termed Kanada Sutras. This book is a blend of science, philosophy and religion. He propounded the atomic theory in the lines of the concept of atman (soul) and moksha (liberation from the cycle of birth and death). He applied logic and realism to explain his theory.

While Kanad lived during 600 BC (actual date record is not available, but he is believed to have lived between 6th century to 2nd century BCE), Dalton belonged to the late 18th and 19th century.

Kanad was the founder of Vaisheshika, one of the six major schools of Vedic philosophy from ancient India. The other five schools include Nyaya, Samkhya, Yoga, Mimamsa, and Vedanta. These schools believed in one of the following criteria: 1) Vedas as a valid source of knowledge, 2) Brahman and Atman, and 3) Afterlife and Devas.

Kanad’s Vaisheshika School explained about the creation and existence of the universe by proposing an atomistic theory. The great sage applied logic and realism to draw conclusions. Do you know Vaisheshika is deemed one of the earliest known systematic realist ontology in human history? Ontology, traditionally categorized under metaphysics, is the philosophical study of the nature and existence of beings and entities, their groupings and hierarchy, subdivisions, and related paraphernalia. 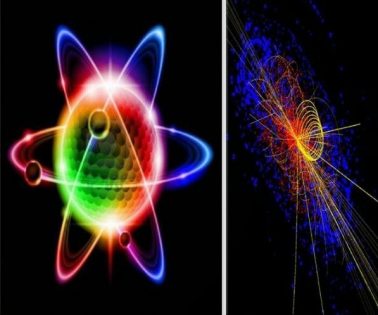 Maharishi Kanad was also known by alternate names such as Kashyapa, Uluka, Kananda, and Kanabhuk. He has propounded six categories (padarthas), which are sufficient to describe everything in the universe. These include:

According to Maharishi Kanad’s atomic theory,

1. Everything can be subdivided

2. Over time, subdivision leads to creation of parmanu (atom), which are the smallest entities

3. Parmanu is indivisible; it cannot be further divided

4. Thus, subdivision of everything cannot happen forever; it has an end

6. It is the basis for all material existence

7. Parmanu has unique identity with a specific property. This property is same as the class of substance to which it belongs to

8. It is invisible to the naked eye

9. Through a process that involves heat or other factors atoms could be combined in various ways to produce chemical changes

10. Parmanu or atom can have two states – state of motion and absolute rest.

Greek philosophers Leucippus and Democritus later gave their explanations on the concept of atomic theory. This was followed by Dalton’s theory. But Maharishi Kanad’s theory is far more advanced than those forwarded later by these scientists. 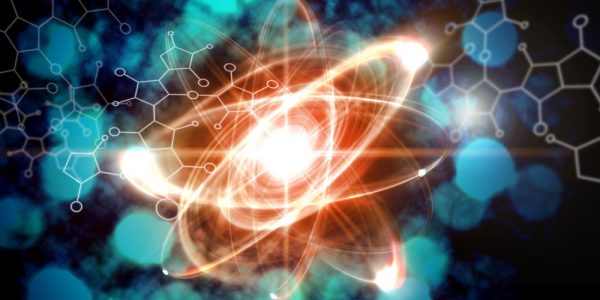 According to Dalton’s atomic theory,

1. All matter is made of extremely small particles called atoms

4. In terms of mass and properties, all atoms of a given element are identical

5. Two or more different kinds of atoms form a compound

6. A chemical reaction is a rearrangement of atoms.

What Dalton has propounded in the 18th-19th century through chemical experiments is similar to what Kanad proposed in 600 BC. While Maharishi Kanad’s explanations are enmeshed in Philosophy, Dalton’s in Chemistry. But results are the same. So who discovered the concept of atomic theory? Kanad or Dalton? It is upon the readers to decide based on the aforementioned facts.

2. Perspectives of Reality: An Introduction to the Philosophy of Hinduism, Jeaneane D. Fowler.

1. Bhaskaracharya, not Newton, Discovered Law of Gravitation; Clue of Gravity in 6000 BC ‘Prashnopanishad’