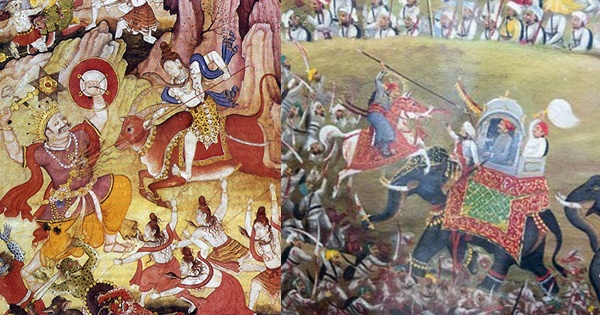 History of the world is filled with accounts of campaigns, wars and battles fought all over the world. Ever since, man came into this world and a tussle for dominance started, he has been looking for better and more efficient ways to win in this struggle. Weapons gave a new dimension to this tussle.
This also gave rise to the fighting arts or as we now call them martial arts. Different fighting techniques originated in different regions and were sometimes inspired by carefully observing the fighting styles of animals. Most of these arts have both, armed as well as unarmed concept of fighting in them.
India with her glorious ancient past and rich cultural heritage which dates back to pre historic periods, has been the birthplace of many such arts. Sanatan Shastra Vidya or the eternal knowledge of weapons is perhaps the oldest and arguably the deadliest form of fighting art ever practiced. It is so ancient that it has its roots deep in Puranic History. It is said to originate from the fighting styles of various deities of Hindu Puranic History. The primordial practitioner of this art is said to be Mahadev. 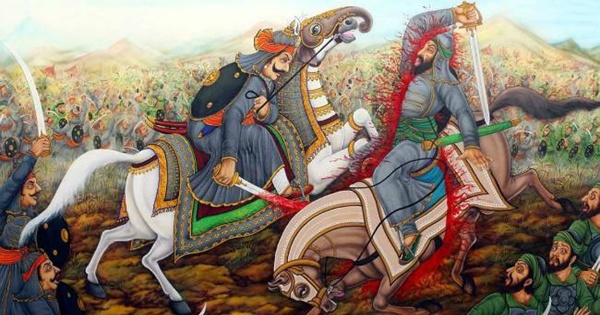 Various fighting styles of other gods and goddesses of Puranic History are incorporated in this science of battlefield. This battlefield science of armed and unarmed combat with one or multiple opponents has in its essence the sacred Kshatriya dharma. Kshatriya dharma encompasses the virtues and values and above all the fact that dharma is above everything else, even one’s own life and it must be upheld at all costs.
A word of caution here, dharma does not mean the English word ‘religion’. It has a much much wider concept, usually misunderstood by the West. One thing which distinguishes Indian origin martial arts from those in the West is that the former lay a great emphasis on the spiritual upliftment of the practitioner by incorporating the key concepts of spirituality with fighting. 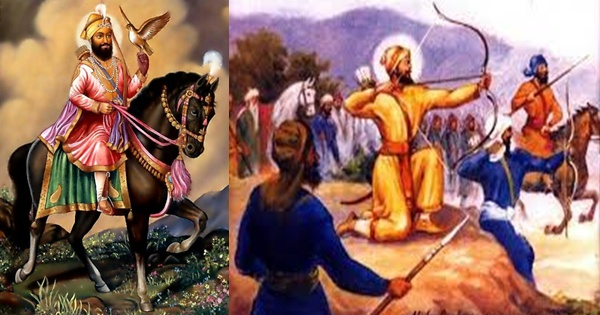 Sanatan Shastra Vidya traces its origins from Mahadev to his disciples Pashupatis, Kapaliks, Naths, Naga sadhus, Kshatriyas of Bharat and in the late 17th century to Sikhs. Thus this art is also the bond that keeps the Hindu and Sikh traditions glued besides emphasizing the fact that these two great faiths are actually incomplete without each other.
This is the art or rather the battlefield science that enabled our ancestors like PrithviRaj Chauhan, Maharana Sanga, Maharana Pratap, Chhatrapati Shivaji, Guru Gobind Singh, Banda Bahadur, Hari Singh Nalwa and many others to annihilate their enemies on the battlefield. 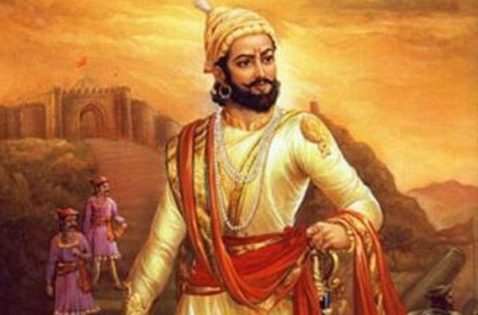 Knowledge of this art was the prime reason that invading armies were always wary of engaging in a melee with Hindu or Sikh armies. Due to the brutal and lethal capabilities of this art, Britishers suppressed it with all their might. They did not want this art to propagate among the masses as an uprising would have been too difficult to control.
However, it still survived all those hardships and dark times due to the intelligence and determination of our ancestors. It is still being practiced and efforts are being made to make it once again popular.  One akhara that is still in existence today is the ‘Akali Nihang Baba Darbara Singh Sanatan Suraj Bansia Shastar Vidiya Shiv Akhara’ (established in 1661). At present, this akhara is headed by Gurudev Nidar Singh Nihang. 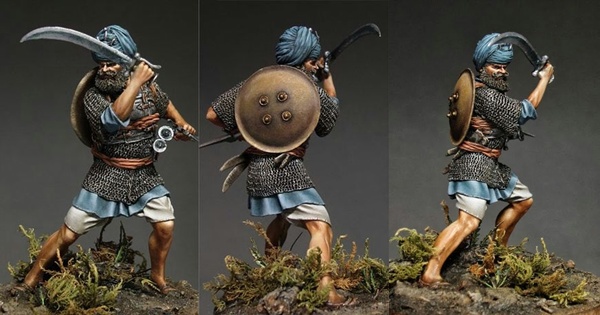 Figurines of Gurudev Nidar Singh made by a fan

Gurudev, who has been settled in Canada, has been selflessly trying to promote Sanatan Shastra Vidya and wants this great art of war to be reestablished in its homeland, i.e. India.
Sanatan Shastra Vidya is a very subtle art; it does not require extreme flexibility or strength as in Western arts. It relies on the concept of understanding the need for tactical positioning of one’s body or weapons in a way which almost always ensures an upper hand in combat. It has been designed by our ancestors to fight multiple foes. Sanatan Shastra Vidya encompasses many different fighting styles which are suitable for different kind of terrains and situations. These are named after the deities of Sanatan parampara or the tradition. Some of these are mentioned below:

1) Varaha Yuddha (wild boar style): This style is based on the fighting style of Varaha avtar, the first incarnation of Vishnu.
2) SheshNaag Yuddha (the many headed snake style): It is based on the style of Sheshnaag, the serpent.
3) Garuda Yuddha ( the celestial eagle style): This style takes inspiration from Garuda, the mount of Lord Vishnu.
4) Nandi Yuddha (the divine bull style): Nandi Yuddha is based on Nandi, the mount of Lord Shiva.
5) Narsingha Yuddha (the man-lion style): It takes inspiration from another of Vishnu’s incarnation, the Narsingha.
6) Hanuman Yuddha (divine monkey style): It is based on the style of Lord Hanuman.
7) Bagh Yuddha (tiger style): Bagh is the mount of Goddess Durga and this style takes inspiration from the tiger.
8) Chandi Yuddha (the fierce goddess style): Chandi is a fearful manifestation of Durga and this style takes inspiration from Goddess Chandi.
9) Shiva Yuddha (Shiva style): Lord Shiva or Mahadev is the inspiration for this fighting style.
10) Ardhanareeshwar style: Ardhanareeshwar or the form where Lord Shiva and Parvati or Shakti combine to a form which is half male and half female is the inspiration for this fighting style.
Sanatan Shastra Vidya is slowly gaining foothold once again in India. Seminars are being regularly conducted in the metro cities, especially Mumbai and Delhi by none other than Gurudev Nidar Singh. It is our pious duty as Indians to know more about this wonderful and deadly art of our ancestors so as to preserve our culture and heritage.
Featured image courtesy: The Hare Krsnas and Pinterest.
The following two tabs change content below.

What the ‘Vaimanika Shastra’ Tells about Ancient Vimanas of India