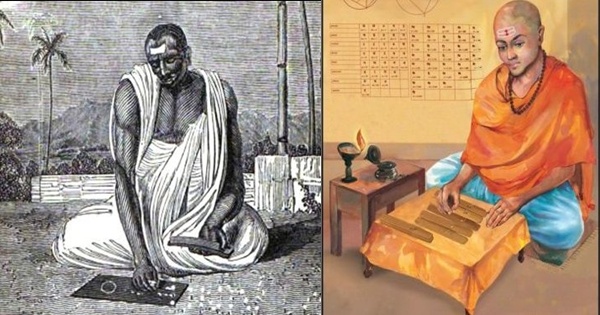 Who was Brahmagupt? According to Bhāskarāchārya, an eminent mathematician and astronomer from Karnataka, Brahmagupt was the ganaka-chakra-chudamani, i.e. the gem of the circle of mathematicians. George Alfred Leon Sarton, a Belgian-American chemist and historian from the 20th century, called Brahmagupt as ‘one of the greatest scientists of his race and the greatest of his times’.

Brahmagupt’s works were translated in different languages across the world. His decimal number system and algorithms have spread throughout the world. Unlike the Greeks and Romans who considered zero as a symbol for a lack of quantity or the Babylonians as a placeholder digit, he deemed it as a number in its own right.

He introduced rules for dealing with the zero. So, 1X0=0, 1+0=1, 1-0=1 that we learn today were actually his calculations! According to him, positive numbers symbolize fortune and negative debt. This Indian mathematician and astronomer introduced the zero and argued that the earth is round.

A Shaivite, Brahmagupt considered numbers as abstract entities, rather than being used for just counting and measuring. This led him to introduce the concept of positive and negative numbers. Most of his works are on geometry and trigonometry. He was an astronomer of the Brahmapaksha school, one of the four major schools of Indian astronomy during his times.

* According to the book Chronology of Ancient India by Vedveer Arya, he was born in Saka 520 elapsed (63-62 BCE). His birthplace was Bhillamala, now Bhinmal, of Jalore, Rajasthan

* He was the son of an astrologer named Jisnugupta

* King Vyaghramukha was the ruler of Bhillamala during his time

* He was the head of the astronomical observatory at Ujjain

* He composed his works in elliptic verse with a poetic touch

* He breathed his last in Ujjain.

During the time of Brahmagupt, astronomers and scientists across the world argued that the earth and the universe were flat. Though the concept about the earth/universe being round finds mention in ancient Indian scriptures dating back to thousands of years, debates and discussions that it is flat continued generation after generation, era after era across the world. Brahmagupt counter-argued that they were round.

Do you know Brahmagupt was the first astronomer in the world to use Mathematics to predict the positions of the planets? He neither used a telescope nor any scientific equipment to calculate thus! Using Mathematics, he also practically calculated the timing of the solar and lunar eclipses! He calculated length of solar year to be 365 days, 5 minutes and 19 seconds which is quite precise compared to present day calculations.

Works of Brahmagupt on Mathematics, Science, and Astronomy

2. Brahmasphutasiddhanta; this book contains 24 chapters in the form of verses numbering to 1008 with key focus on Mathematics, including Algebra, Geometry, Trigonometry, Algorithmics and Astronomy.

3. Khandakhadyaka; the book is a practical manual of Indian Astronomy.

Everyone is familiar with Isaac Newton’s law of universal gravitation, giving him the credit for discovering the theory of gravity. But do you know, hundreds of years even before Isaac Newton was born, Brahmagupt talked about ‘gravity’?

According to Brahmagupt’s scientific calculations, the earth attracts bodies as inherent in its nature. He drew a comparison of the earth’s nature to water that flows. Hence, according to him, bodies or objects fall towards the earth.

Contribution of Brahmagupt to Mathematics

* Introduced ‘zero’ to the number system

* Introduced rules for computation of squares and square roots

* Introduced rules for five types of combinations of fractions

* Introduced the theory of negative numbers

The above is only a partial list of what Brahmagupt has introduced. His contributions in the field of Mathematics, Science, and Astronomy is phenomenal. This knowledge heritage is what we, Indians, proudly boast of!

Indian mathematicians and astronomers before Brahmagupt did have knowledge about the zero, but they did not use it as a number. Aryabhatt used letters of the alphabet to denote numbers and the zero. It was Brahmagupt who first used zero as a number besides introducing rules dealing with it.

2. The Nothing That Is: A Natural History of Zero, Robert Kaplan