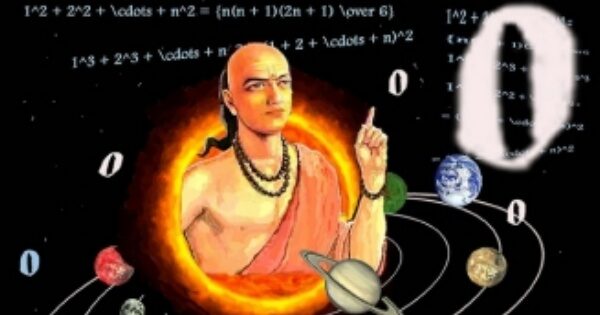 Ancient Indian scientists contributed immensely in the fields of Science including Astronomy, Mathematics, Yog, Physics, Chemistry, Ayurveda, Astrology, Medicine, Surgery, over a period of thousands of years. Loads of scientific knowledge available to us today actually evolved in ancient India. Right from Sushruta, Charak to Baudhayan, Aryabhata, from Brahmagupta, Kanad, Varahamihira to Bhaskaracharya, Nagarjuna, Patanjali, whose works are available today, the list of ancient Indian scientists goes on and their contribution to India’s ancient knowledge heritage is infinite. Many ancient Indian universities including Nalanda, Taxila, Vikramshila had libraries that stored thousands of ancient manuscripts, which were destroyed by Islamic invaders. A lot of information on science and related subjects contained in these manuscripts were thus lost. What is available to us today is only a part of the vast knowledge heritage. Many foreigners were highly influenced by ancient Indian texts on Science, Mathematics, Philosophy, Astronomy, etc. Mark Twain had rightly said, “India is the cradle of the human race, the birthplace of human speech, the mother of history, the grandmother of legend, and the great grandmother of tradition. Our most valuable and most artistic materials in the history of man are treasured up in India only!”

When we speak about Mathematics, Astronomy, Physics in ancient India, the name Aryabhata robotically crops up in our mind. Where and when was Aryabhata born? Do you know there were three Aryabhatas, who were all mathematicians and astronomers? Historians are often confused about the chronology of all three Aryabhatas and information available in history textbooks and mainstream narratives on their chronology is a distorted version. According to the book Chronology of India: From Manu to Mahabharata by Shri Vedveer Arya, the three Aryabhatas in chronological order were ‘Vriddhāryabhata – 3250-3150 BCE, Āryabhaṭa, the author of Āryabhaṭīyam – 3173-3100 BCE, and Āryabhaṭa the author of Mahāsiddhānta – 4th century CE.’ Shri Arya justifies this claim with several literary, astronomical, and inscriptional evidences.

Here, we are delving about Aryabhata who authored Aryabhatiyam in 3150 BCE at the age of 23. He flourished during 3173-3100 BCE, some 5100 years ago. Where was he born? Bhaskara I, in a commentary to the Aryabhatiyam, wrote that Aryabhaṭa belonged to Asmaka janapada. This janapada finds mention in the Ramayana, Mahabharata, Puranas, Buddhist texts, and more ancient literature. But historians have further misunderstood Asmaka located between Krishna and Godavari rivers to be Assaka of Afghanistan. Aryabhaṭa described in his works that he pursued his astronomical research in Kusumapura. This city, located on the banks of Godavari, was a center of education in the Asmaka janapada.

To quote from Vedveer Arya’s Chronology of India: From Manu to Mahabharata, “Bhāskara I indicates that Āryabhaṭa belonged to Aśmaka janapada. Nilakantha Somasutvan unambiguously records that Āryabhaṭa was born in Aśmaka Janapada. The Rāmāyaṇa and the Mahābhārata texts mention Aśmaka Mahājanapada of Dakśiṇāpatha. Vāyu and Brahmānḍa Purāṇas refer to Aśmaka janapada as a Dākśinātya janapada. Buddhist texts indicate that Aśmaka janapada was located on the banks of Godāvarī River. Aṅguttara Nikāya mentions Aśmaka as Mahājanapada. Buddhist texts also mention another janapada known as Assaka. Assaka is Aśvaka or Aśvakāyana, which is located close to Indus and Kurram Rivers. Varāhamihira’s Brihat-Saṁhitā mentions Aśvaka, not Aśmaka. Greek historians refer to Aśvakāyanas as “Assakonoi”. Some historians mistakenly consider Assaka and Aśmaka as the same but Assaka was located in Afghanistan, close to Indus River, whereas Aśmaka was situated between Godāvarī and Krishna Rivers.” Thus going by these historical facts, Aryabhata was born in Asmaka janapada located between Krishna and Godavari rivers.

There is a controversy and distortion regarding the timeline of Aryabhata. He has been falsely fit into the 4th to 5th century CE timeline. Vedveer Arya in Chronology of India: From Manu to Mahabharata mentions the timeline of Bhaskara I at 100-20 BCE, Prabhakara at 200-300 CE, Somesvara at 628 CE, Suryadeva Yajva at 1191 CE, Paramesvara at 1431 CE, Yellaya at 1480 CE, Nilakantha Somasutvan at 1450-1550 CE, Raghunatha, Raja at 1597 CE, among others – all who wrote commentaries on the Aryabhatiyam. Varahamihira, who wrote about Aryabhata’s treatise in Panchasidhantika, flourished around 146-74 BCE. To prove his claim with 3173-3100 BCE as the timeline of Aryabhata, Vedveer Arya quotes Bhaskara I who ‘states that a considerably long time had elapsed since the time of Āryabhaṭa’ and mention of Kale Mahati referring to a gap of over 1000 years. Varahamihira quoted Aryabhaṭa and his disciple Laṭadeva using the verb Jagada in remote past tense. Besides Aryabhata did not mention Saka era and that Asmaka janapada and Kusumapura did not exist after 1600 BCE. Besides these, Arya gives more references to justify his claim.

In his works, Aryabhata mentioned that he was the kulapati (chancellor) of a Gurukul in Kusumapura. He also mentioned that he pursued his astronomical research in this city. But Kusumapura was not Pataliputra, as misinterpreted by historians. Many succeeding ancient Indian mathematicians and astronomers frequently referred to his works and wrote commentaries. Varahamihira’s Panchasiddhantiaka finds mention of Aryabhata and his contributions. Bhaskara I wrote a commentary on Aryabhata’s Aryabhatiyam. Ancient astronomers and mathematicians from Kerala – Govindaswami and Haridatta also were influenced by the works of Aryabhata.

Aryabhata was one of the first to describe several trigonometric functions and the first to specify sine tables. He worked on the approximation for pi (π) and correctly described the relativity of motion. He described zero as not only a numeral but also a symbol and a concept. According to Georges Ifrah, a French Mathematician, the knowledge of zero was implicit in Aryabhata’s place-value system. His contribution to indeterminate equations, algebra, and more innovations in Mathematics is a treasure-house in the true sense of the term.

Regarding the motions of the solar system, Aryabhata correctly described that the earth is round and rotates about its axis. This was against the prevailing view by other scientists and scholars of the world that the sky rotated and that the earth was immovable. Aryabhata got the earth’s circumference right 5100 years ago! He scientifically explained solar and lunar eclipses. He calculated the speed of the planets in terms of the mean speed of the sun. He was the first to explain that the planets and moon shine due to reflected sunlight.

The Aryabhatiyam by Aryabhata is a compendium of mathematics and astronomy written in 121 verses – the only surviving work out of his numerous treatises.  Divided into four chapters, viz Gitikapada with 13 verses, Ganitapada with 33 verses, Kalakriyapada with 25 verses, and Golapada with 50 verses, this ancient book was extensively referred to in ancient and medieval times, which continue till today. Gitikapada contains information about large units of time including kalpa, manvantra, yuga, and mahayuga. He also describes the duration of planetary revolutions during a mahayuga in this chapter including a verse on sine table.

The chapter on Ganitapada covers quadratic equations, sine tables, algebra, arithmetic, plane and spherical trigonometry, continued fractions, and more. He was the first to solve Diophantine equation, a polynomial equation that usually involves more than one unknown integer. He introduced the kuttaka method based around a recursive algorithm to solve Diophantine equations. It is the simple solutions to complex mathematical problems that influenced and inspired later mathematicians. The ancient scientist precisely calculated the areas of a circle and a triangle. He used alphabetical notation, i.e. letters of the Indian alphabet to denote numbers, continuing with the Sanskritic tradition. He calculated the closest approximate modern value of Pi (π). His consideration of the value of Pi as irrational was also proved to be the same, i.e. irrational, by Swiss mathematician Johann Heinrich Lambert. While Lambert is credited for this, Aryabhata hardly finds mention for this discovery.

Kalakriyapada features units of time including the days of the week and their names. This chapter describes a method for determining the positions of planets, and more. Golapada describes the celestial sphere with geometric and trigonometric aspects, planetary motions, about the zodiacs, eclipses, shape of the earth, node, and more innovations in astronomy.

Aryabhata made accurate calculations of the length of the day and year. What Aryabhata calculated the sidereal rotation at 23 hours, 56 minutes, and 4.1 seconds and sidereal year at 365 days, 6 hours, 12 minutes, and 30 seconds 5100 years ago is very near to accuracy as per modern calculations. Aryabhatiya also describes relativity of motion. To quote Padmashree Subhash Kak on how the ancient scientist expressed this relativity – “Just as a man in a boat moving forward sees the stationary objects (on the shore) as moving backward, just so are the stationary stars seen by the people on earth as moving exactly towards the west.”

Contribution of Aryabhata has inspired generations for millennia and will continue inspiring till eternity.

1. Aryabhatiya of Aryabhata; translated by Kripa Shankar Shukla in collaboration with KV Sarma.

2. The Aryabhatiya of Aryabhata: An Ancient Indian Work on Mathematics and Astronomy; translated with notes by Walter Eugene Clark.

3. The Chronology of Ancient India: From Manu to Mahabharata by Shri Vedveer Arya.

4. A Universal History of Numbers: From Prehistory to the Invention of the Computer by Ifrah George.