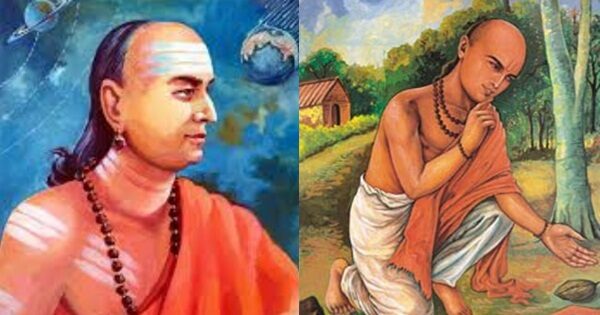 He was an astronomer, astrologer, scientist, polymath. This ancient Indian scientist wrote the Brihat Samhita, a comprehensive encyclopaedia of the sciences. His  book Pañcasiddhāntikā is a treatise on mathematical astronomy and more, where he also gave references to five older astronomical treatises. He learnt Greek. In Pañcasiddhāntikā, he also described Western astronomy, especially Greek with elements of Roman and Egyptian, which corroborate his expertise in the subject beyond India. Hora Shastra also called Brihadjathaka is his book on astrology, which is a treasurehouse of information for astrologers and astro-researchers. He excelled in myriad subjects, from astronomy, astrology, mathematics, timekeeping, perfumes to hydrology, geology, ecology, temple architecture, optics and many more. He is Varahamihira, also popular as Varaha and Mihira.

When was Varahamihira born? Brian Evans in his book The Development of Mathematics Throughout the Centuries: A Brief History in a Cultural Context describes Varahamihira’s timeline at 505 – 587 CE. This is the timeline that history textbooks and mainstream narratives cite and acknowledge. Vedveer Arya’s book Chronology of India puts it at 25th or 26th March 146 BCE – 74 BCE; the author is backed by several evidences to this claim. Going by Vedveer Arya’s reference, Varahamihira lived over 2000 years ago. To quote from Vedveer Arya’s Chronology of India, “A verse from a lost text named Kutūhalamañjari informs us that Varāhamihira was born in the 8th tithi of the bright half of Chaitra month, in Jaya saṁvatsara and the year 3042 of Yudhiṣṭhira era. The era of the son of Sūrya-Sūnu is identical with the epoch of 3188 BCE when Yudhiṣṭhira ascended the throne of Indraprastha. Thus, the year 3042 was 146 BCE which was also the Jaya saṁvatsara. Since Varāhamihira died in 74 BCE, Jaya saṁvatsara of 146 BCE was indeed his birth year. He was born on Chaitra Śukla Aṣṭamī, i.e., 25/26 Mar 146 BCE. Thus, we can accurately fix the lifetime of Varāhamihira around 146-74 BCE.”

The ancient Indian scientist was born in the Malwa region, which was known as Avanti during those times. Avanti, that finds mention in the Buddhist scripture Anguttara Nikaya, was one of the 16 Mahajanapadas. This Mahajanapada was further divided into Ujjaini in the north and Mahismati in south, both divided by the Vindhyas. Varahamihira’s father was Adityadasa.

Varahamihira was educated at Kapitthaka, a place mentioned by the scientist himself in his book in a shloka.

Where is Kapitthaka, the place where Varahamihira received educational enlightenment, located? While few scholars concluded about this place to be in the Malwa region, few speculate it to be in present UP. DG Dhavale in ‘THE KAPITTHAKA OF VARAHAMIHIRA’ published in Insa gives references of three different sites for Kapitthaka – Sankisa on the banks of the Kalinadi in UP, Kalpi on the banks of the Yamuna, and Kayatha near Ujjain. Sankisa is quoted by Cunninghum in his book Ancient Geography of India wherein the author further quotes Huen Tsang to prove his claim that Sankisa was Kiapitha or Kapitha, suggesting it to be the place where Varahamihira studied. Dhavale and more scholars reject the claim that Kapitthaka was Kalpi. However, Dhavale concludes the third option, i.e. Kayatha to be valid, as this claim is further evidenced by another manuscript reference. It is highly probable that Varahamihira studied in a place not far from his place of birth. Archaeological excavations prove the Malwa region to be a flourishing cultural centre. This further justifies the location of Kapitthaka to be in the Malwa region, not very far from Ujjain.

Ancient Indian Rishis, from as early as the Rigvedic era from at least 13,000 plus years ago, depicted about meteors or comets and their varieties and features. All without modern equipment or facilities like telescopes! And their observations were accurate, matching with modern records. Varahamihira in his books Pañcasiddhāntikā and Brihat Samhita described various comets. He wrote how ancient Rishis like Garga, Parasara, Asita, Devala had already written about comets. In Pañcasiddhāntikā, Varahamihira quotes and describes five older astronomical texts, namely the Surya Siddhanta, Romaka Siddhanta, Paulisa Siddhanta, Vasishtha Siddhanta and Paitamaha Siddhanta by ancient authors.

The book Chronology of India by Vedveer Arya cites Varahamihira and other ancient texts to fix the timelines of several comets observed and described during Vedic era starting from Vasaaketu at 11907 BCE, Asthiketu at 11777 BCE, Shastraketu at 11647 BCE  to Rashmiketu at 10646 BCE, Samvartakaketu at 9638 BCE. Varahamihira too observed meteors, which he described in detail. To quote shloka 8 from Chapter 33 of Brihat Samhita translated by Panditbhushan V. Subrahmanya Shastri and Vidwan M. Ramkrishna Bhat:

In the Brihat Samhita, Varahamihira described various forms of earthquakes including symptoms and predictions. In the first few shlokas, he exposed the misconceptions and debunked the various existing theories from across the world. He then put his own observations. For example, for earthquakes caused by the ‘wind circle’ that occurs in Nakshatras – Uttara, Hasta, Chitra, Swati, Punarvasu, Mrigashira, and Ashwani, symptoms get revealed in advance. ‘Quarters get covered with smoke, wind blows lashing with the dust of the earth and breaking trees, sun does not cast bright rays’. For ‘fire circle’ that occurs in Nakshatras – Pushya, Krittika, Vishakha, Bharani, Magha, Purvabhadra, and Purvafalguni, symptoms get revelaed a week in advance too. The sky gets covered with the fall of meteors and also appears illuminated owing to the fire in the horizon; lakes and tanks dry up. Likewise, Varahamihira describes two more forms of earthquakes – ‘Indra cycle’ and ‘Varuna cycle’ at the same time describing the Nakshatras where they occur. He related the four types of earthquakes to the influence of planets, unusual formation of clouds, undersea activities, underground water, and more symptoms. While today we have technology predicting about earthquakes in advance, Varaamihira described similar symptoms 2000 plus years ago!

Varahamihira described different types of gemstones and their attributes according to geographical locations across the country in the Brihat Samhita. The weight of diamonds and corresponding prices are described. The ancient scientist categorizes eight sources of the best pearls – Simhaloka, Paraloka, Saurashtra, Tamrapani, Persia, North of the country, Pandya Vataka, and the Himalayas. From Varahamihira’s book, one can estimate the value of various gemstones including diamonds, pearls, rubies, emeralds some 2000 plus years ago!

Varahamihira excelled in many subjects. His contribution to Mathematics is greatly recognized today.  His discovery of the trigonometric formulas, perfecting the accuracy of the sine tables of Aryabhata l, defining negative numbers and the algebraic properties of zero have been serving as a boon for future generations from his times. He was one of the first mathematicians to calculate the binomial coefficients  with a version of what is today known as the Pascal’s triangle – a triangular array constructed by summing adjacent elements in preceding rows. Pascal’s triangle is named after Blaise Pascal, a French mathematician. While Pascal lived in the seventeenth century, Varahamihira lived some 1400 years before him!

How was time measured during ancient times? The sun dial was one of the most ancient of time measuring instruments wherein a simple stickin the ground was used. This was followed by invention of more advanced sun dials and sand yantras. The Qutub Minar is believed to be an astronomical tower built by Raja Vikramaditya under the instructions of Varahamihira. The tower incorporated all the measurements of time, right from hours to days, weeks, and the year. The sun dial helped determine time during sunny days. What about time measurement during cloudy days? Ancient Indians invented a solution too! They invented water clocks, called ghatika yantras, which find mention in several ancient texts including Atharvaveda, Puranas, and by Varahamihira in Pañcasiddhāntikā. Most of the Sanatana religious rituals and practices are scientific in nature. For example, the ghata yantra used above many a Shivalinga where water pours down over the linga drop by drop, also served as a time measuring instrument.  Varahamihira explains in detail about the ghatika yantra, the water clock in his book. Nalanda University and many archaeological sites have evidences of the use of water clocks in ancient and medieval India.

In the field of astronomy and astrology, Varahamihira’s work is monumental. He has not only described diameters of planets of the solar system but also derived the value of equinox, which according to today’s equipment based calculations, are almost accurate. How could Varahamihira and the ancient Indian Rishis calculate such without the use of advanced equipment like that of present times!! His works on these two interconnected subjects are a whole encyclopaedia containing the A-Z of the planets, asterisms, nakshatras, planetary conflicts, meteors, conjunctions, eclipses, and the list goes on. Varahamihira’s astrological predictions were so precise that Raja Vikramaditya conferred him the title of ‘Varaha’.

The study of water, right from  the earth’s surface and beneath, its chemical and physical properties, its occurrence and movement, and its relationship with the environment and living beings is termed as Hydrology. Varahamihira’s contribution in the field of hydrology centuries ago  is immeasurable. He understood the fundamental connections between plants, humans, animals, which he described in his works. His description of the earth is same as what is described today!  Varahamihira was one of the first scientists to assert that termites and plants could be the pointers of the presence of underground water. His description of how termites function is noteworthy. He also described various plants and animals as indicators of the availability of water at a particular location.

The aforementioned is only a partial list of the contribution of Varahamihira in many fields some 2000 plus years ago!

2. The Development of Mathematics Throughout the Centuries: A Brief History in a Cultural Context by Brian Evans.

3. Chronology of India by Vedveer Arya.

Historicity of Navaratnas of Raja Vikramaditya: Kalidasa to Vetala Bhatta