It was a mid March afternoon. 3 pm. The splendor of the sun was well visible in our tanned visages with sweat speaking volume about our hectic walk down the history lane. Mehrangarh Fort in Jodhpur! And the Jaswant Thada cenotaph, deemed the Taj Mahal of Rajasthan, located in a scenic locale amid the backdrop of a picturesque lake! Deep down in our memory lane, we captured the visuals. We had started our sightseeing jaunt early in the morning. The day’s itinerary was to end with Shri Bullet Banna temple. 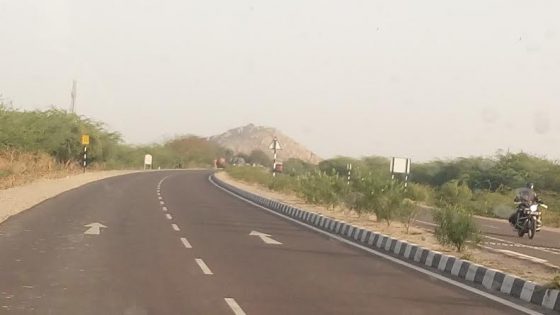 On the way from Jodhpur to Om Banna Temple

I and my husband Yogaditya Singh Rawal zoomed off in our Mahindra Thar. The GPS had been our constant companion outdoors, far away from home, wherever we went. It had never ditched us, though it did take us to dead-end roads and often forced us to enjoy unplanned off-road adventures! But those adventures were worth the take. 50 km, and we reached our destination! Om Banna, also known as Bullet Banna or Shri Om Banna temple at Chotila village, Pali. 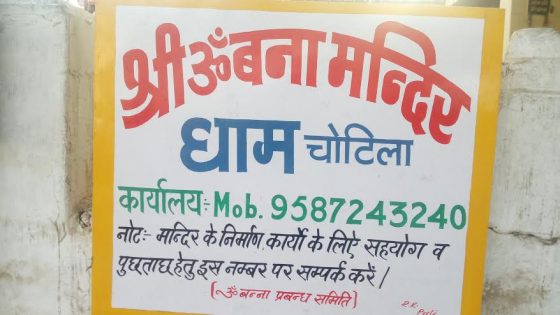 My husband often narrated to me about the story of Bullet Banna. We had been planning for the last three years to visit the shrine. Someone had rightly said, “When the shrine calls you, you robotically set off to visit. Even years of planning go in vain!”  And there we were, in front of the shrine we revered. A bullet motorcycle adorned with garlands of marigold flowers along with the framed photograph of Shri Om Banna rested on a pedestal covered by glass on three sides. 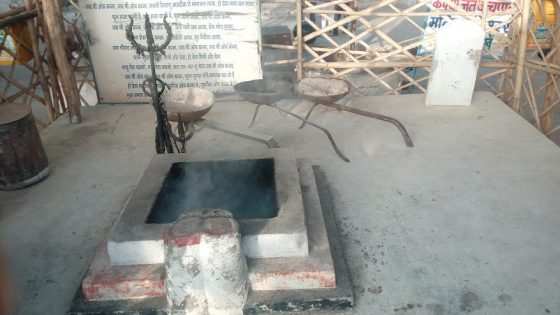 A mystic aura prevailed all around the Bullet Banna shrine. A rush of devotees turned up every now and then. We had heard, devotees throng here to pray for a safe journey. We left our footwear in our Thar and proceeded towards the water shed to cleanse ourselves. 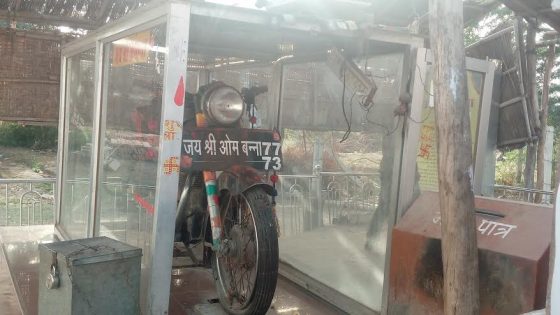 It was 2nd December 1991 when Om Singh Rathore was travelling from Bangdi (a nearby village) to Chotila on his bullet motorcycle. At this spot he lost control of his bullet and hit a tree. He died on the spot. The bullet fell into a nearby ditch. The next morning the police took the motorcycle to the local police station. To everyone’s surprise, the bullet disappeared from the police station. It was found at the site of the accident. 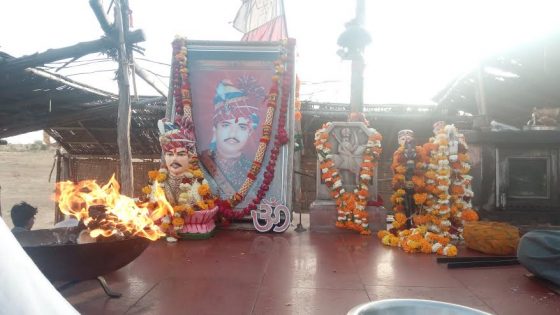 The police took the bullet back again to the police station and emptied its fuel tank. They further put it under lock and chain. Miraculously, the bullet disappeared once again and was found at the site of the accident. Several more attempts by the police failed. The news spread like wild fire. The locals started worshipping the bullet motorbike. Om Singh Rathore came to be known as Shri Om Banna or Bullet Banna.

The villagers later built a temple at the site. They believed that Om Banna’s spirit helped devotees and travelers against any travel misfortunes. 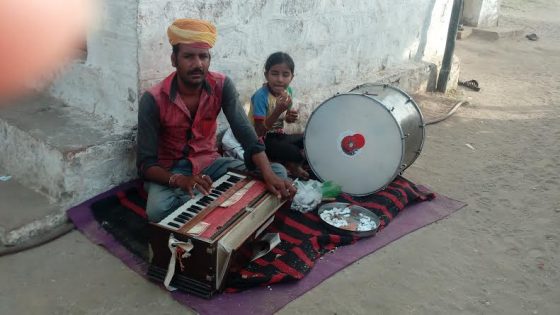 A folk artist performing at the temple premise

I and my husband could feel the mystic aura, corroborated by the goose bumps we experienced as we entered the premises of the shrine. We could feel the divinity, the unseen energy patting us. It was bliss infinite! We spent some time there until it was dusk.

(Explore Jodhpur and nearby places with Pii India Tour and Travels.)

And we set out back to Jodhpur, towards our hotel, with the blessings of Shri Bullet Banna.