What You Must Know about CRPF Commandant Chetan Cheetah 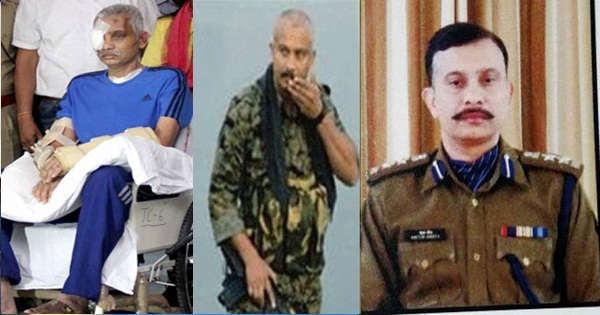 Nine bullet wounds from 30 rounds of fire! He was in deep coma for weeks! And he survived. It was a miracle. For 45-year old CRPF commanding officer Chetan Cheetah of the 45th battalion, this is his second life.

Hajjin had already witnessed four encounters between security forces and terrorists. After receiving information from the Jammu and Kashmir Police about two terrorists in hiding at Hajjin, Chetan Cheetah laid siege with his team. The terrorists were heavily armed with AK-47s and UBGLs. During the encounter, Cheetah fractured his arms. Bullets pierced his abdomen. He sustained injuries in his pelvic regions. His upper limbs were badly fractured. Bullets injured his head. Fragments of an explosion hit his eyes. He lost his vision. But he succeeded in killing the LeT commander. The other terrorist escaped.

Nine soldiers were injured. They were hospitalized. Three succumbed to their injuries.

Soon after, Chetan Cheetah was admitted in a hospital in Srinagar where he was given medications to prevent bleeding. Thereafter he was immediately referred to AIIMS, Delhi. He was taken to AIIMS via air ambulance.

A portion of his skull was removed through surgery within 24 hours of his admission. This was done to reduce intra-cranial pressure. He furthermore underwent several surgeries. His left eye could be cured. But his right eye, which ruptured during the encounter, could not be repaired. Heavy antibiotics and repeat cleaning of his wounds reduced infection. India prayed for his speedy recovery.

For doctors at AIIMS, Chetan Cheetah’s recovery was nothing short of a miracle. His GCS score was M3, which meant that the severity of his brain injury was almost equivalent to death! The journey from M3 to M6 lasted for a month at AIIMS’ ICU (trauma centre). With all of his vitals being stable, he was discharged on April 5th. He is to undergo physiotherapy and speech therapy for several months for complete recovery.

This is what Virender Sehwag tweeted about Chetan Cheetah:

Salute to Chetan Cheetah for his bravery! He has set an example that no fatalities can affect a person with robust determination, strong will power, and penchant for fitness! Jai Hind!