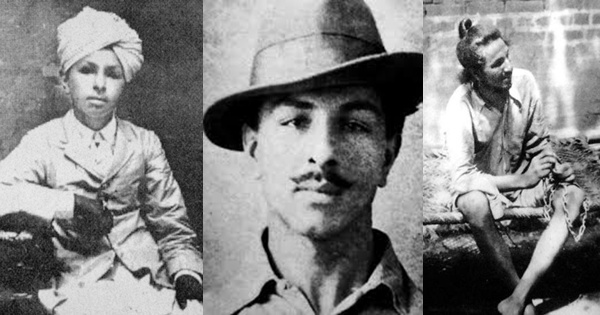 Do you know on 14th February 1931, a mercy appeal was filed before Lord Irwin to save Bhagat Singh, Rajguru, and Sukhdev?

The appeal was filed by Madan Mohan Malviya, then President of Indian National Congress, who later left the party in 1934. But his efforts failed. That was followed by implementation of a plan to rescue Singh and fellow inmates from the jail. But that attempt failed too. A final effort was made by Bhagwati Charan, who attempted to manufacture bombs for the purpose. Unfortunately, before he could give shape to the plan, the bombs exploded accidentally, leading to his death. Such was the patriotism and love for fellow patriots and Mother India!

Eventually, Bhagat Singh, Rajguru and Sukhdev were hanged on 24 March 1931 at 7:30 pm at Lahore jail. This cruelty and heartlessness of the British Raj was directed towards instilling fear in the hearts of other freedom fighters, but in vain. A thousand Bhagat Singh, Rajguru and Sukhdev sprang up from across the country. In the long run, the British had to leave India! A true Indian indeed experiences goose bumps and blood boils at the very utterance of the names of martyrs who sacrificed their lives for Mother India.

Do you know Bhagat Singh’s father Kishan Singh and his two uncles, Ajit Singh and Swaran Singh were actively involved in the Indian Independence movement? The three were released from jail the day Bhagat Singh was born! It was the year 1907. Most of the members of his family served in Maharaja Ranjit Singh’s army. Cause for freedom of the motherland ran in their family veins!

Bhagat Singh was only 12 years old when the Jallianwala Bagh massacre took place where thousands of unarmed people were killed by the British. He was witness to the dead bodies lying amid pools of blood in the site. The sight deeply disturbed him. Thenceforth he pledged to offer himself for the cause of the freedom of  Bharat. He was against Gandhiji’s concept of non-violence and the non-cooperation movement. He joined the Young Revolutionary Movement at the age of 15; the youth in the group vowed to overthrow the British using violence. And his journey of revolutionary activities against the British started subsequently.

Bhagat Singh did not marry. When he was 20, his parents fixed his marriage. He ran away to Kanpur to avoid the wedding, leaving behind a letter that read:

“My life has been dedicated to the noblest cause, that of the freedom of the country. Therefore, there is no rest or worldly desire that can lure me now”.

Singh was involved in several revolutionary activities. Two cases led to his martyrdom – killing of John P. Saunders, an Assistant Superintendent of Police and exploding a bomb inside the Central Legislative Assembly.

It was James A. Scott, not Saunders that Bhagat Singh and his fellow freedom fighters targeted to kill. Scott was responsible for the death of Lala Lajpat Rai who protested against the Simon Commission, as it had no Indian members. During the protest on 30 October 1928 in Lahore, Scott, the Superintendent of Police ordered lathi charge of the protesters. Lala Lajpat Rai and thousands of others were injured. Rai died of injuries 17 days later. To avenge Lala Lajpat Rai’s death, Bhagat Singh along with Chandrashekhar Azad, Shivaram Rajguru, Sukhdev Thapar, and others planned to kill Scot. But they accidentally killed Saunders in Lahore. The group escaped safely.

The next big attempt that Bhagat Singh planned was exploding a bomb inside the Central Legislative Assembly to protest against the anti-Bharat Trade Dispute Act and the Public Safety Bill. Along with Batukeshwar Dutt, Singh succeeded in the attempt injuring few British officials and disrupting the assembly proceedings. Both shouted slogans of Inqalab Zindabad. They did not run. They were subsequently arrested and jailed.

It is unfortunate that Delhi University book mentions Bhagat Singh, Chandrasekhar Azad, and more real freedom fighters of India as ‘revolutionary TERRORISTS’.  A January 2018 Indian Express reports thus – The book titled India’s Struggle for Independence has been authored by noted historian, the late Bipan Chandra, and three co-authors. In Chapter 20, it describes Bhagat Singh, Chandra Shekhar Azad, Surya Sen and others as “revolutionary terrorists”. It also describes the Chittagong movement as a “terrorist act” and the killing of British police officer John Sanders as an “act of terrorism”.

Indian Express also further reports – Chairman of Rajya Sabha, P J Kurien, told the government … to remove all references to Bhagat Singh being a “revolutionary terrorist” from a book that has been part of Delhi University’s history curriculum for two decades, and “inquire how it happened”.

Bhagat Singh attained martyrdom at a very young age of 24. Salute to Bhagat Singh, Chandrashekhar Azad, Shivaram Rajguru, Sukhdev Thapar, and other martyrs who lived for Bharat and sacrificed their lives for Bharat.  We owe our freedom to their collective sacrifices. Jai Hind!

2.  ‘Bhagat Singh: A Perennial Saga Of Inspiration’ in Pragoti