Are Roma Gypsies of Europe, Indian in Origin? Here are Facts! 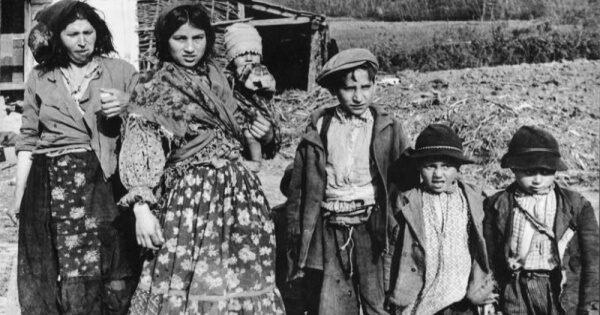 Since childhood the word ‘gypsy’ filled my heart and mind with wonder. The word brought to mind images of a lively and musical people, who wore colourful flowy clothes and travelled from one place to another.  People who were free in every sense of the word. Of course then I didn’t know that Roma gypsies were the most persecuted group of people in Europe. 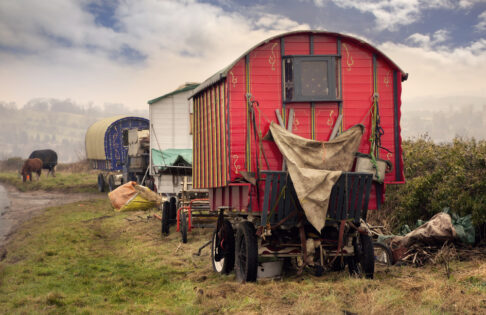 But who are these Gypsies and where do they come from? The English word Gypsy, the Spanish word Gitano, and the French word Gitan are all derived from the Greek word Αιγύπτιοι (Aigyptioi), which mean Egyptian, via Latin. Since the language of the Gypsies did not have anything in common with other European languages, the Europeans mistook them to be from Egypt (hence they were called Egyptians which was abbreviated to Gypsies). They called themselves Roma.

But, what if we told you, that the Roma Gypsies that walked the lands of Europe originated not from Egypt… but from ancient Bharat? Would you believe it? 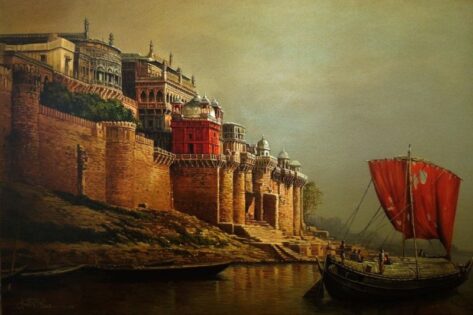 The mystic and spiritual leaning of the Gypsy people (which remains to date), their lively colourful music and clothes, their worship of the divine feminine in the form of the Roma Goddess, Sara la Kali (which means Sara the Black Goddess) are all strikingly similar to Indian (Hindu) culture.

But are these clues enough to say that the Roma Gypsies have Indian roots? To some yes they would be. But many would ask, what does science have to say about this? Do the Romas really have Indian origins?

The answer is yes.

Linguistic and genetic studies on the Roma populations of Europe have unequivocally traced these populations to the Indian subcontinent. 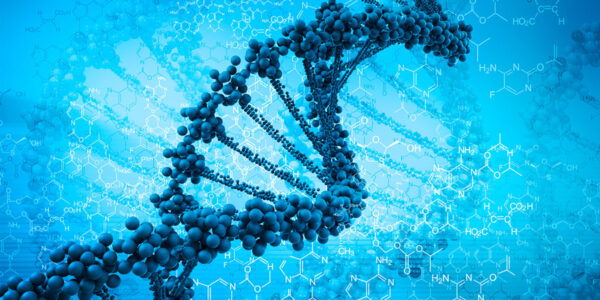 The genetic study and findings of a Y Chromosomal Paper has traced the origin of Roma Gypsies to India. A second study based on genome-wide data from 13 Romani groups collected across Europe came to the same conclusion.

Researcher David Comas and his colleagues at the Institut de Biologia Evolutiva at Universitat Pompeu Fabra in Spain studied the DNA samples from the 13 groups of Romani. The revelations of the study were startling.

They established without doubt that the ancestors of modern Roma Gypsies are in fact ancient Indians who had migrated out of northwest (and perhaps also Central) India. Different scholars date the arrival of Gypsies to Europe, between 11th and 14th Century but they all agree that the migration happened all at one time. If this, in fact is the real timeline of the exodus, then it coincides with the brutal Islamic invasions of India, where the Northwest bore the brunt of it.

Linguistic studies found that, just like other Indian languages, the language of the Roma Gypsies too have roots in Sanskrit. There have similarities to Hindi as well. For example the words ekh, duj, trin for the numbers 1,2,3 (ek, do, teen); and aankh, naak, kaan for eye, nose and ear. They also use the word trishul for the trident. The earliest words in Romani suggest that before the migration they led a settled life. The words also suggest that the Romas were probably warrior groups. Their language hold original words for soldier, attack, horse, sword and spear. 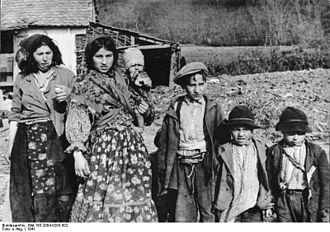 All people who came to seek refuge in India, continued to practice the religion of their ancestors even centuries later. But the erstwhile Hindu Roma over the years had to convert to the religions of the host nations (Islam and Christianity). Unfortunately even that did not secure a life of dignity for them as they got profiled as thieves and the word Gypsy was used in a derogatory manner.

The gypsies are one of the most persecuted and stigmatised groups in Europe. For instance, Italian Authorities deny housing to even Italy born Roma families (citing the metal containers that they live in as, permanent housing. An estimated 10,000 Roma Gypsies were expelled from France after their camps were destroyed. 25% of Romas were murdered by the Nazis in the WWII and 2nd August was declared as Roma Holocaust Memorial Day. The German word for Roma, Zigeuner, is derived from a Greek root meaning untouchable. Romani women were subjected to sterilisation for fifty years in Czechoslovakia, often without their consent or knowledge.

But the contribution of the gypsies to the world have not gone unnoticed. 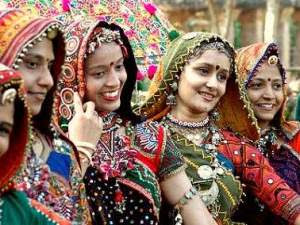 Northwest India is known for its happy colours, music and dance. When the Romas migrated to Europe, they took with them their lively culture which included tambourines, bells, wooden castanets, string instruments and a glorious repertoire of songs. 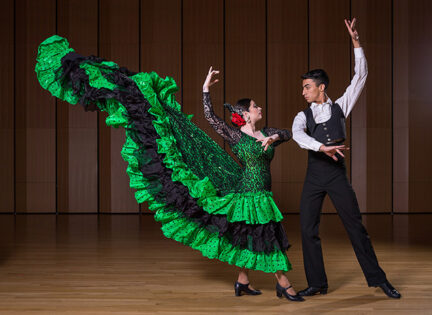 Their energetic Flamenco dance that originated from the Andalusian Romas, has striking similarity to the Hindu dance form Kathak. Fundamental elements common to both, like the intricate footwork, rhythm and well timed movements, lead many to believe the Flamenco to have originated from Kathak.

Today the Flamenco is performed in the most prestigious theatres around the world. Gypsy music has its own following. The globally popular’ Bohemian fashion’ trend is actually a colourful, tousled fusion of Gypsy clothes! Clearly the ‘Roma gypsy culture’ has gained popularity over time. Some celebrities of Roma origin are, the famous painter Pablo Picasso, the Rock and Roll King Elvis Presley and comedian Charlie Chaplain. 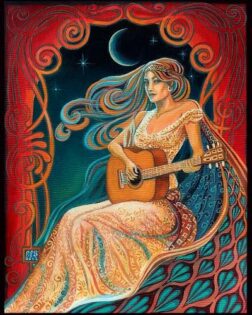 In 2016, ICCR, the cultural wing of External Affairs ministry of India organised a three day conference aimed at revisiting and reviving this ‘lost page of Indian history’. The then External Affairs minister Late Ms Sushma Swaraj rooted for preservation and documentation of the Indian origins of the Roma Gypsies.

Since its been centuries, the Romas are probably not eagerly awaiting a reconnect in any way to India. They have very different habits, culture and religion now. But this is more about simply finding the genetic roots of the Roma people.

Around ten to fifteen million Romas exist today across thirty nations. However, many now believe that the negative perceptions around them can be greatly reduced, if India accepts them as diaspora and as a cultural and linguistic minority.

Emphasising the same, Jovan Damjanovic, president, World Roma Organisation- Rromanipen said, ‘Romas are the indigenous people of India, there are many scholars and researchers who trace the origins of Rromanis to India. We use same Indian words and we come from the great India. We want India to accept Romas as its diaspora and give us nationality’.

Jovan Damjanovic added that the Romani people can give India political, cultural and economic boost. 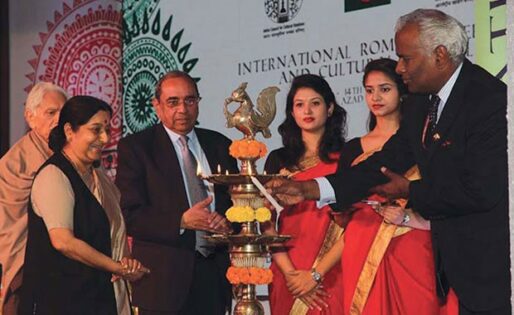 The Late Shrimati Sushma Swaraj had responded with her distinct brand of warmth. She termed the Roma Gypsies the ‘first flagbearers of Indian culture overseas’ and announced that, ‘We, in India, are proud of you. Your ‘Baro Than’ India once again welcomes you with an open heart.’

As I learnt about the Roma Gypsies and their Indian roots, the fascination that I have had with them no longer felt peculiar. Now I understand that that is due to our common roots which go back many-many centuries and so perhaps, continue to tug at the heart and mind.

The Origin of the 108 Bead Japa Mala – A Different Interpretation