The Origin of the 108 Bead Japa Mala – A Different Interpretation 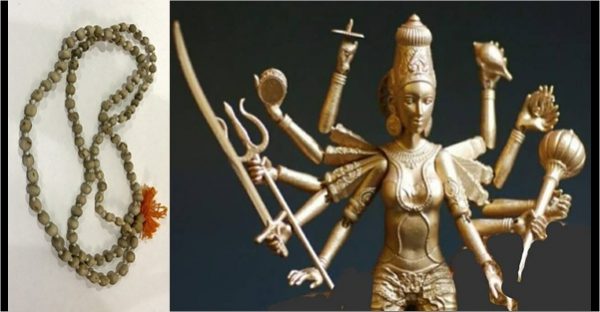 In response a few weeks ago to a short article by Dr. Subhash Kak about the number 108, someone wrote the following: “[…] Every Hindu rosary has 108 beads […]”. This notion, however straightforward and well-known, prompted me to break down that number 108 in a non-traditional manner.

I propose though – based on a hunch that I expanded on in my 2006 story “The Valley” (published in 2011 in my book “Free By Nature“) – that instead of “prayer beads” they were originally pierced counting beads strung on a string meant for measuring and constructing geometric shapes. 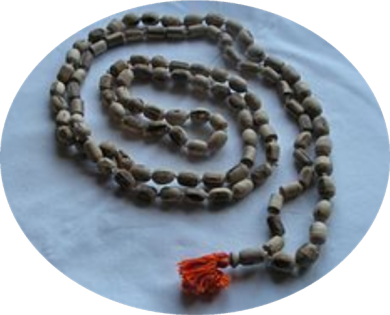 If my proposal that it is a “measuring string” is right, and if nobody else has come up with the conclusion I will describe in the next paragraph, this finding could well be more than a non-significant discovery. I found one source that helped me to convince myself that I was on the right track in the “Rules of the Cord”.

“George Cheverghese Joseph (author of The Crest of the Peacock: Non-European Roots of Mathematics) points out that the early Indian mathematics contained in the Sulbasutras (The Rules of the Cord) contain their own version of the Pythagorean theorem […]. The Sulbasutras reveal a rich geometric knowledge that preceded the Greeks.” (The Ancient Roots of Modern Science – Dick Teresi p. 32).

Note that the numbers 3, 4 and 5 together represent Pythagoras’ ratio used to construct right-angled triangles. It is my contention that in ancient times when step pyramid-like ziggurats and square living structures were first constructed (using rectangular bricks and/or square-cut rocks) in the Indus Valley, and (I suggest) at the same time or a little later in Sumer, as well as in Egypt the stepped and regular pyramids, were built with such measuring implements to ensure squareness.

Most Indian multi-armed (eg. Lord Shiva) statues feature one hand holding a mala. Instead of a means to pray, I propose that India’s earliest multi-armed statues that feature hand-held stringed “gadgets”, that they represent the inventor or invention of such measuring tools. (Many Egyptian statues and depictions of pharaohs are also showing beaded strings on rods in one hand… Could they originally have been measuring implements?).

By the way, I also contend and have proposed to a number of quite skeptic historians and museum curators, that the earliest multi-armed statues were a material way to show a record of a series of tool or implement inventions. This was between orally transmitted records and written records of inventions. 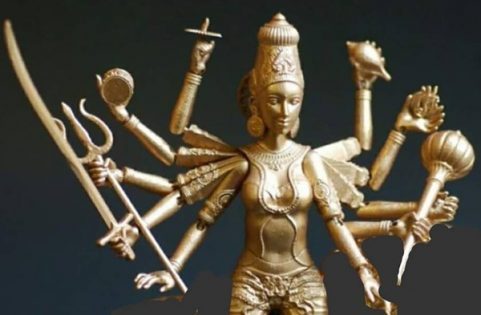 Examples (not necessarily in the right order):

Allegorical Interpretation of Draupadi’s Abuse and other Myths