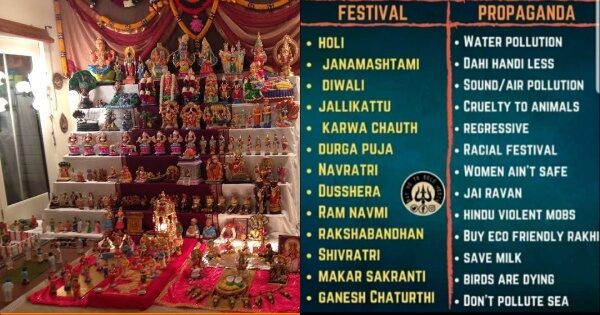 As yet another Deepavali passes away with so much festival-shaming, rhetorics and counter-rhetorics regarding the use of crackers, this article is aimed at waking up the new generation of the followers of Sanatana Dharma who are still asleep.

It is to show to those who still miss the big picture, the whole trend and the pattern, the long term strategical plot of the civilization destroyers to destroy the world’s only surviving polytheist, multi cultural, vibrant tradition, with a population strength of 100+ crores. 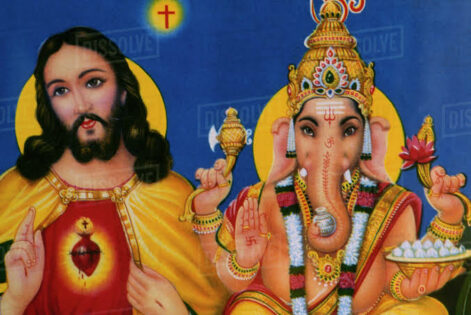 Vilification of festivals of a culture or a tradition is the first step towards its eradication later.

This is what we learn from history.

This is how the Arabian polytheist civilization was destroyed in 6th century. In phase one, batches of monotheist Abrahamic traders worshipping an Abrahamized Yahweh and Jesus from Israel and Syria created local trade colonies in Arabian cities like Makka and Madina. Then they started their missionary activities and preachings in Arabia, like what is done today in Kerala, Tamilnadu, AP and Punjab. Within 50 years, many local Abrahamic religious leaders were groomed in Arabia to checkmate the native religion viz the Arabian polytheism. Using them, every practice of the polytheist Arabs were vilified first by these locally groomed Abrahamic leaders. 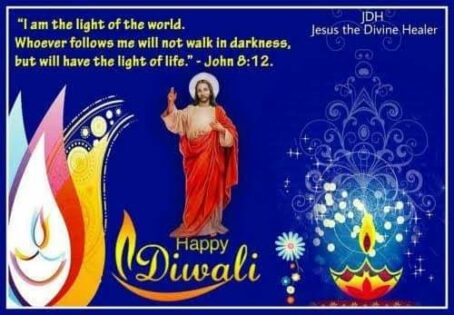 Till that time nobody in Arabia was familiar with any Abrahamic angel named Gabriel. But thanks to the Abrahamic missionaries; these local Abrahamic leaders started hearing ‘voices’ from Gabriel, urging them to destroy the local tradition.

The perfectly normal practice of worshipping many gods and goddesses was vilified first by equating polytheism to men adulterating with multiple women. A sense of shame emerged among the Arabian polytheists. Then each festival of the polytheist Arabs were vilified like how today our Deepavali, Navaratri, Karva Chauth, Holi and other festivals are vilified in 21st century. In Arabia this vilification phase started in early 6th century. By mid 7th century, the 3000 year old ancient Arabian polytheist religion was completely destroyed. The most violent version of Abrahamic monotheism, viz the Arabian Abrahamism replaced it after stealing a few cultural elements from the destroyed Arabian polytheism.

Have you noticed, in every Deepavali, a lot of discussion goes on whether to use crackers in Deepavali, how much pollution do the crackers (or even a simple dia!) will cause to environment, and so on. 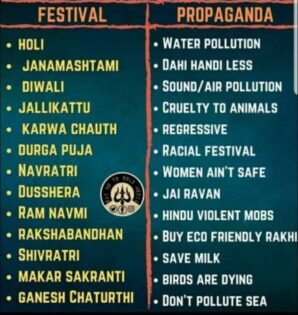 All these are floated during the festive season to hide the real polluters or the real Dharma Pradushakas, in the classical case of a thief calling an innocent by-stander as ‘thief’ to deflect attention and to escape the assembled crowd that is ready to catch him and punish him.

The real pollution is elsewhere, viz the pollution in the natural human need to seek and connect with a higher power, a higher consciousness or divinity.

Readers might have seen this trend of inserting the image of Jesus along with the Hindu devatas like Ganesha. Often Jesus is depicted in a chariot like Krishna, doing meditation like Shiva, performing Ananta Shayana like Vishnu and so on. It appears as innocent imitation. Often the Hindus themselves innocently use these composite pictures and worship them.

We think it will cause no harm to the Hindu tradition. Some even think that it is the Abrahamic way of respecting Hinduism or their way of living in harmony with Hinduism. But how many of us are aware that this is cultural appropriation? It is like the proverbial Python measuring out its care-taker (who mistook the Python to be a pet) to swallow, eat and digest her, while she thinks her pet python is showing affection to her! Similarly in these days the Abrahamic figures like Jesus, Joseph and Mary are kept in the collections of our Dharmic devatas, in the Bomma Kolu of Navaratri festivals. This is now a trend in southern India.

Exactly a similar mistake done in Arabia in the 6th century led to the entire region turning Abrahamic. The patrons of the Ka’ba temple at Makka, in order to make the minority migrant Abrahamic traders living in Arabia happy, added the statue of Abraham and the Abrahamic figures of Jesus, Mary and Joseph into the statue collection of the diverse Arabian gods and goddesses consecrated in Ka’ba!

That single act led to their total destruction! 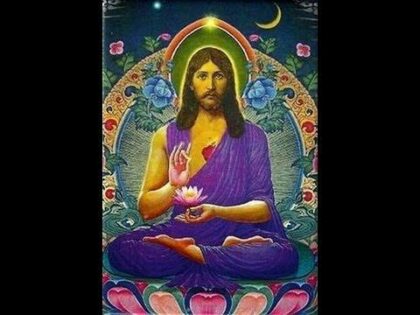 Within a generation the Abrahamism cultivated local Arabian Abrahamic leaders in Arabia who started claiming that Ka’ba was an Abrahamic place of worship!

The entire symbols of Arabian gods (Hubal, Wadd, Aldebaran and others) and goddesses (Al Lat, Al Ussa, Manat, Shams and others) housed in Ka’ba from various cultural sub regions of Arabia were destroyed. They left only one polytheist Arabian god Allah, who is but Abrahamized and declared as a new monotheist Arabian Abrahamic god! 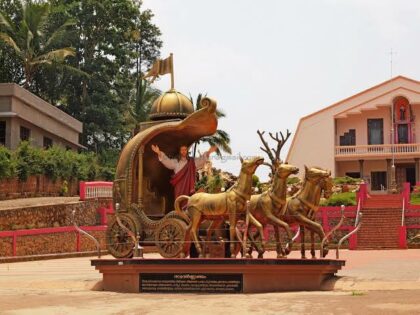 An entire civilization was destroyed, with its patrons, gods, goddeses, men, women, children, temples and worship places. A bunch of flowers of diverse colours burned into the single grey color of ash! Diversity and plurality powdered into dust and monotheism and monopoly arose to suffocate the Arabian population. Perfect gender equality and a woman-empowered society turned into a male dominated aggressive society whose only objective was warring, looting, pillaging, destroying of own culture (the ancient Arabian polytheist culture) and of the thriving civilizations of the neighborhood like the Egyptian, Mesopotamian, Zoroastrian and Bharatiya cultures.

Hence crackers or not, we shall not pollute our Deepavali or any of our festivals by mixing any Abrahamic elements in it. Vilification of festivals must stop.

That is more important to the survival of our civilization and to avoid the same mistake the Arabian civilization has committed in resisting Abrahamism by  underestimating its power of destruction and its ability to burn a vibrant colorful diversity into dead monochromatic charcoal, and to turn normal humans into blood thirsty zombies ready to bite and infect other normal human beings too, to turn  them into zombies.

The destruction of Arabian ancient polytheist traditions was so total that today nobody even remember the name of the old Arabian polytheist religion. It was known varyingly as Deen al Abaika and as Deen al Aliha.

Deen al Abaika means the ancient tradition of the forefathers (translatable as our Paitrkam, Pitr Puja Paddhati etc). Deen al Aliha means the ancient tradition of the devatas (translatable as our Devata Puja Paddhati). Both of these traits make Arabian polytheism similar to our traditions as we worship both our ancestors and our devatas. 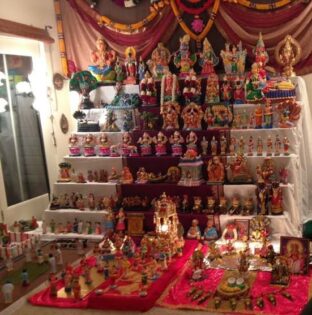 Hope the 21st century Dharmic generation will learn a lesson from the 6th century polytheist Arabs, their ideological brothers. Vilification of festivals should not be tolerated.

Demonizing Hindu Festivals in the Name of Animal Activism