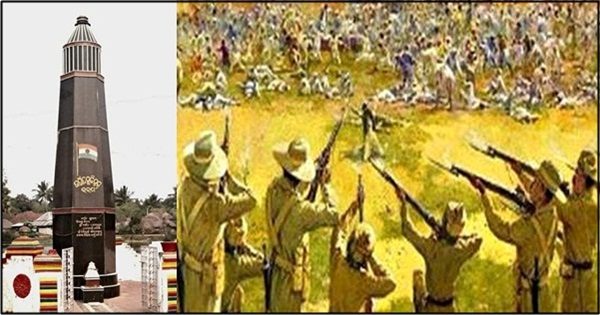 In Odisha, Iram is like an epitome of agrarian Bharatvarsha – remote, far-famed, the second Jallianawalla Bagh of India. This region is located in the district of Bhadrak (earlier Balasore). It lies in the centre of Swadhin Banchhanidhi Chakala, some 40 km to the south of Balasore and 38 km north of Bhadrak. It is a big village, a long narrow strip of alluvial land between the sea and the hills. The Iram massacre took place here.

It was MONDAY, 28 September 1942 – an ominous day in the month of Aswina (according to Hindu Almanac) for this place. But soon pounced upon them an unwarranted tragedy. The zamindar Late Radhakanta Parhi of Iram dispatched a letter secretly to the British employed DSP. Reinforcement arrived at Basudevpur Police Station to inquire into the allegations and to arrest the freedom fighters. Police contingent comprised 27 persons. No magistrate was included in the police contingent. As the sun sank to the west and the villages belched smoke and rain from end to end, the DSP arrived at Basudevpur having driven from Balasore.

As the boatmen named Raj Jena denied to ferry them in his boat at Chudamani ferry Ghat, they themselves ferried and proceeded into Iram, the headquarter of Swadhin Banchhanidhi Chakala. Having seen this, one Kusha Tarai, a boatman, began to blow conch shell as an alarm and swam the river and informed the leader at Iram.

The conch blowing got itself repeated from village to village to indicate the arrival of the British forces. Soon a vast assemblage congregated at Iram melan ground as per the prior resolution of Swadhin Banchhanidhi Chakala, a parallel government of 19 square miles. The police troops reached the palace of the Zamindar. They were billeted there.

As the chowkidars were carrying the kits of the troops through the meeting place, 2 of the persons named Mani Bej of Adhuan and Ratnakar Biswal of Suan intercepted and snatched away the luggage saying, “You can’t carry the belongings of the slaves of the Raj.” These belongings were kept under the vigil of Ganesh Prasad Tripathy, chief of the Death Squad. But the Temporary Civilian police, Golak Chandra Das ran to the palace of the Zamindar and reported this incident to the DSP falsely alleging that the freedom fighters beat them up and planned to kill them.

The multitude in the congregation ground was about 6,000 souls. The meeting was surcharged by the peppery speech and slogans of Kamala Prasad Kar.

Without enquiring into the fact of allegations made by the Zamindar, Union President and the temporary civilian police, the DSP Kunjabehari Mohanty instantly boomed like Brigadier R.E.H.O’ Dwyer of Jallianawala Bagh Bloodbath, “I’ll perform human sacrifice today”. The sub-Inspector Hema Panigrahi shouted,“Today sure fire!” Seething in anger, the Inspector distributed the bullets to each constable by opening the bullet box.
​
​
For thirty minutes the firing prolonged. Kunjabehari ordered them to cease fire: 304 rounds of 303 Mark VI ammunition had been fired into the crowd. In that time, 29 persons including one woman named Pari Bewa, aged 65, died on the spot and 56 persons were mortally wounded.

Mani Pradhan, aged 35, having received the first bullet, made fervent appeal to the police force “Fire no more, lays your arms. Freedom must come and bring good for you.” While appealing, the police force shot another bullet and he lay killed. He is the first martyr of Iram massacre. After the massacre the police prepared charge sheets u/s 147, 152, 149, 342 of I.P.C. and rule 38 of Defence of India and arrested the innocent freedom fighters.​

This Iram massacre was the largest killing in a single police firing at any particular place in the whole of India during the Quit India Movement even though hundreds were killed all over the country in police action during that great movement. Hence it has been appropriately named as the Second Jallianwalla Bagh of India.

​This ghastly Iram massacre is similar to that of the massacre at Jallianwalla Bagh in 1919. The geographical locations of the meeting places were almost identical, three sides being almost closed and one side open. It was a calculated piece of inhumanity and unparalleled for its ferocity in the history of modern British Administration. “So it may befittingly be called the Jallianwalla Bagh Tragedy in Odisha’’, yet there is a great differentiation between the two massacres. 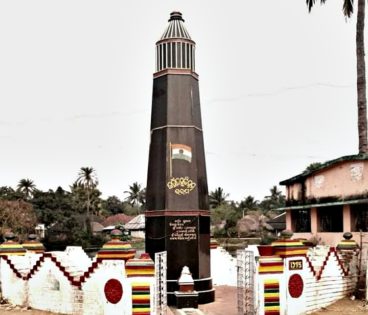 In 1919, the people of Amritsar had assembled in the ball park of Jallianwalla Bagh to rejoice the Baisakhi festival in a mood of festivity, where the armed British cops unpredictably triggered upon them. In Iram, thousands had assembled at Melan Padia to take part in the Quit India Movement on 28 September 1942, afternoon with the oath, “We will die but not fear.” They were aware of the presence of the British employed police in the village.

​Probably nowhere in India were so many people killed in a single police action during the Quit India Movement, says Century History of Indian National Congress. Iram had its baptism of fire and blood when 29 innocent persons fell dead and more than 56 were injured. The Police fired upon an unarmed gathering of 6000 people in the melan ground. So Iram has been named Rakta Tirtha and Mini Jallianwalla Bagh of India. A martyrs’ memorial was built in Iram in memory of the martyrs. Te Iram massacre incident lies buried in the pages of history. It richly deserves such an appellation.

Ajoy Kumar Panda is a bilingual author of several books including 'Towards Eram Tragedy'. He is a professor of English, a sports commentator, historian, and contributor of articles in journals.