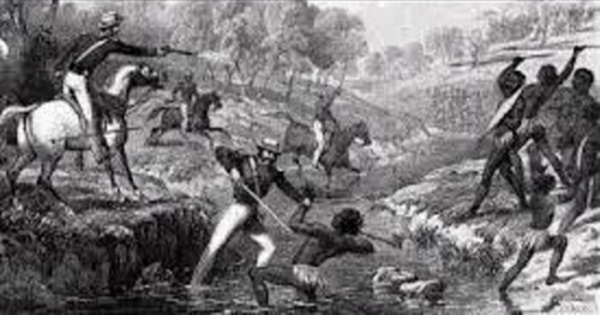 When British Prime Minister Theresa May expressed regret for Jallianwala Bagh Massacre of 1919, my soul cried for the innocent Bhils who were brutally killed in Mangarh by the same British people. Who will express regret for them?

On November 17, 1913, the Britishers gunned down more than 1500 Bhils on Mangarh hill, on the border of present day Rajasthan and Gujarat. The innocent people had gathered there for a social cause under the leadership of Gobind Guru. India does not know about this another ‘Jallianwala Bagh’ type incident.
On November 17, 1913, approximately 1500 Bhils were brutally killed. The reason behind the massacre was the same—revolt against British’s oppressive policies.

In the late 19th century, there was a movement, ‘Bhagat Movement’, initiated by Shri Gobind Guru, among Bhil tribes to make them free from all the social evils as well as to invoke their soul to revolt against the oppressive policies of the British government.

In 1903, the guru set up his main ‘dhuni’ on Mangarh Hill. Mobilised by him, the Bhils placed a charter of 33 demands before the British government by 1910 primarily relating to forced labour, the high tax imposed on them and harassment of the Guru’s followers by the British and rulers of the princely states. The Bhils’ struggle for justice under Gobind Guru took a serious turn after the British and local rulers refused to accept the demands and tried to break the Bhagat movement.
The question, which makes me sleepless is why Bhagat movement is not in our history books as well as why the British Government did not feel guilty for this brutal massacre? The Bhils were simply protesting against the forced labour, high tax and the Begar (unpaid labour). “The incident and simultaneous uprisings by Gobind Guru’s followers in the neighbouring princely states of Banswara, Santrampur, Dungarpur and Kushalgarh convinced the British government and local rulers that the movement needed to be quelled. An ultimatum was given to the Bhils to vacate Mangarh by November 15, 1913. They refused. The Bhils turned Mangarh Hill into a fortress, assembling country-made guns and swords. They took on the British forces believing that Gobind Guru’s spiritual powers would turn the bullets into wasps. The combined forces of the British… surrounded Mangarh and started firing in the air to scare the Bhils away, and finally perpetrated the massacre.”
We cannot imagine, 1500 people were killed brutally and the most shocking and painful thing is that the British Government does not think it should express regret for this massacre and nobody cares! Why we Indians do not ask the British Government? Because we are not well aware of this, because this massacre happened in tribal areas, the revolt was of tribals and they were not smart enough to mention this great massacre. To mention this in history books, they need to compromise with communist ideology, need to sacrifice their own ‘swadharma’, what they could not do. They were stick to their values and that’s why they were ignored. Nothing has changed in the last 70 years, until and unless the sacrifice is not quoted by some “so-called gentlemen”.
We are grateful to Prime Minister Shri Narendra Modi and former Chief Minister of Rajasthan Smt Vasundhara Raje for their initiative to develop Mangarh site with the feeling of regards for this great sacrifice.
We need to think over the issue as to why “Mangarh Massacre” has not been recognised? There is a pattern in our History, which was written by communists; they have totally ignored the tribal people of India, our proud freedom fighters. When Congress claims for credit of Independence, I hear the voices of unsung heroes; I actually feel the pain that why do “Gandhi family Bhakts” ignore the sacrifice of our tribal people, who fought for culture, fought for the nation, fought for their ‘swadharma’? 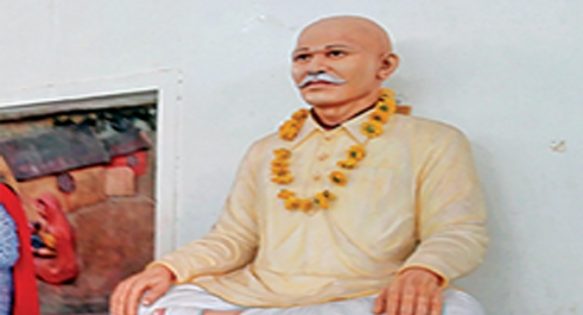 There is a great history of our tribal people; they have struggled a lot to save the land, forests, culture. They have lost their lives to save “swadharma”. Where urban people compromised with the dharma, these people were there who had been struggling to protect the swadharma. The freedom struggle was not only the struggle which we have read; there were a number of unsung heroes. We all must open our eyes and realise the sacrifice for Independence. Let us raise our voice for our people, for our brave Bhil freedom fighters, for the nationalist leader Gobind Guru, who was a great social reformer too.
Why no Regret?
Very systematic planning has been done by the Gandhians and the communists to design the History of the Indian freedom struggle. All the facts were presented in such a way that Pt Nehru became the prominent person of the development drive of the country and Congress became the only participant in the freedom struggle. The sacrifice of the common people has been sidelined and the most important thing they never allowed to portray the face of India in the way of ‘Jagrat Bharat’ (awakened Bharat) who has been not only struggling with the British oppressive policies but also struggling to transform itself.
The reason behind this was very simple, to create a generation who only knows about the Nehruvian ‘Bharat ki Khoj’, let me tell you one more thing, the designed syllabus provokes the new generation to accept very romantically that Indian society was illiterate and orthodox at the time of British rule, Indian society is progressive because of the British rules only.
Nobody has written a single word that it is true that William Bantick tried to stop Sati Pratha, but it was also true that the same British suppressed the “Bhagat Movement” initiated by Gobind Guru, not only for social reforms but also for revolt against Oppressive policies of the British. Gobind Guru was a prominent social engineer and was the one who understood the design of capitalism and colonialism in those days. 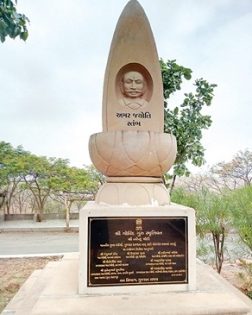 How could an illiterate tribal person stand against the British Government? How could he create a movement of social reforms? Not only British but after Independence too. Congress and leftists do not love to give importance to the social reforms movement of India; they just ignored the struggle of tribal but sensitive Bharat.
Why was Mangarh Ignored?
Mangarh massacre was ignored by Congress and communists because if people know about the real history, their sole claim over the freedom struggle would be in danger. If this credit will be in danger the political supremacy will also be in danger. The Muslim appeasement was also the reason; political people never wanted that Hindus will be united; they created an ecosystem to divide Hindus in the name of Dalits and non-Dalits. Tribals were considered oppressed; an agenda was created which encouraged Naxalism. Naxal movement is the byproduct of this “History Distortion moment”.
Distortion of history and hiding the facts is the main task to gain the political supremacy, the elections to elect only one dynasty. The massacre of 1500 tribals associated with the Bhagat Movement was enough to explain the importance of common people in the struggle of Independence. If Bharat knows about Bhagat Movement, it will be clear that Indian society was united to come up with their own social issues as well as united to struggle with the oppressive policies of the British government and the leaders of this movement were one of the tribal crowds.
Social engineering was going on as well as there was a presence of great thinkers over economics and sociology, which were very prominent among people and they had started their journey to evolve their society. Communists never wanted that narrative of social engineering through ‘non-left ideology’ should come into the light, this is the level of intolerance of Communists and they cannot tolerate any difference in ideology. 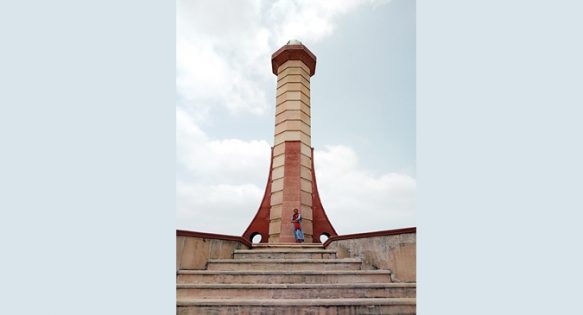 Bloodbath of 1500 innocent Bhils, whose demands were just to stop the unpaid labour practice and high tax policy. A leader Gobind Guru was there to bring social reforms as well as to bring reforms in policies. Gobind Guru could become a national leader who could initiate the moment in all over the country against the suppressive British Policies. British people recognised and gunned down all Bhils at hills of Mangarh.
After Independence, Congress ignored this chapter beautifully; after all, they cannot build the narrative of participation of the whole country in the freedom struggle. They cannot deny the Nehruvian model because of political benefits. Remember, every Gobind Guru was the main driver of the struggle for Independence. This is a well planned dangerous game Congress and left people played with us, a brain game. Our brains are polluted and we know only Gandhis as our leaders. So, come on India, we need to understand this game plan. For the Mangarh massacre where 1500 people were gunned down, there is no regret. This is really unacceptable. There must be a voice to stand for this great sacrifice.
This article, first published in organiser.org, is based on the interviews of local people in Mangarh.