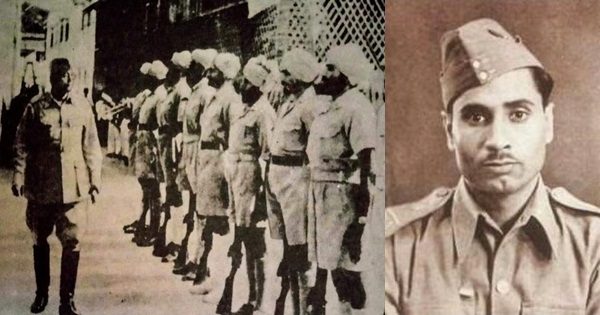 After the Battle of Rapido River (Gari River, Italy between German forces 15th Panzergrenadier Division and US forces of Gen Clark in January 1944), the second largest military obstruction during any river crossing in entire Second World War was the Irrawaddy Battle commanded by Lt Col GS Dhillon of INA against the British forces of Field Marshal William Slim. The Battle of Irrawaddy took place from from 7th February 1945 to 20th February 1945.

Here is a letter written by Netaji Subhash Chandra Bose to the commanding officer of Nehru Brigade Lt Col GS Dhillon (then Major): 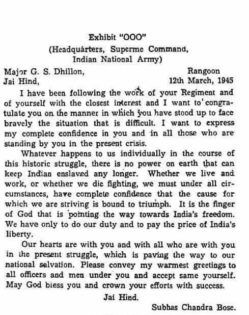 The battalion commander of Irrawaddy battle at Nyangu was Lt Hariram Jat and Lt Chandrabhan Singh Jat at Pagan (south of Irrawaddy).

The British forces consisted of Tommy Lancashire troops who had also killed down the wild dogs and other animals before the battle started.

The British troops initially suffered heavy casualties and the INA men were also happy initially as there were no Indians on the side of British, more than 20 boats were sunk into the river while crossing at Pagan.

Since the ammunition was very limited, Lt Chandra Bhan Singh Jat didn’t fire until the British forces came in the range of fire. The INA troops then opened fire and inflicted heavy casualties on the British, same was the scene at Nyangu.

Col GS Dhillon was himself positioned near Nyangu initially and was fighting very bravely along with his troops of Nehru Brigade. 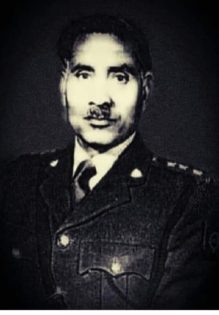 Several troops of British forces ran away after suffering heavy casualties. Even their Major had to swim for saving his life from INA troops.

The deployment was relatively weaker at Pagan.

And the most toughest resistance was at Pagan by Lt Chandrabhan Singh Jat’s forces.

Lt Chandrabhan Singh Jat any how by the grace of almighty arranged one anti aircraft gun and shot down two aircrafts of Royal Indian Airforce of British.

Gen Slim in his book Defeat into Victory has also stated that he was amazed to see rag tag soldiers of INA fighting so bravely and successfully in Irrawaddy battle.

The British had to retreat for sometime, however they later on succeeded after the retreat of INA.

Thousands of soldiers of the British forces were killed by INA.

The spirit and gallentry displayed by Nehru Brigade of INA under the command of Col GS Dhillon was exceptional despite harsh circumstances.

Before the Irrawaddy battle was about to begin, the INA troops of Nehru Brigade were not willing to confront British forces as the INA troops were outnumbered, ill equipped, lacked medical aid, inferior weaponry and were hungry for many days.The troops of INA used to feed upon boiled stems of trees and natural vegetation available in that terrain. When the INA troops fought in jungles of Burma,the flying leeches suck their blood during combat in that terrain, as if Almighty too was also favouring the British.

The troops of Nehru Brigade said to Col GS Dhillon, “Sir,we won’t be able to fight against the British as we are ill equipped, hungry and ill while the opponents are far more in strength and have machine guns,tanks and bombarding aircrafts. Why don’t we surrender and raise white flags?”

Col Dhillon said, “Let me think.” He went behind bushes and burst out into tears.

He invoked Guru Gobind Singh ji -“Today your legacy is going to be cursed as your Singh sipahi (Soldier) is going to surrender with his troops in front of enemy.”

Then, his troops after seeing him in tears decided to fight the enemy for the honour of their commanding officer and liberation of mother land.

Lt Chandrabhan Singh Jat said to Col Dhillon, “Sir we have seen you so much tearful today. I and your other children of Nehru Brigade hereby pledge that we shall fight till the last breath, last blood drop, last man, last bullet.”

Col Dhillon’s reply was – “Tear down these white flags, we will fight till the last breath for the liberation of Mother India.”

He immediately recited these lines for his troops- 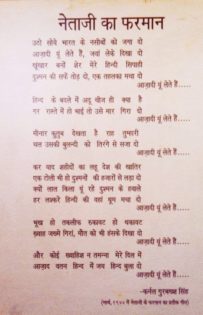 The INA was the first army of India that was fighting for INDIA and certainly not for British empire, let us not have any doubts in it.

It was undoubtedly India’s First Army which fought for INDIA and Indians.

If Indians are able to become generals and wear red collar tabs, it’s only and only because of Azad Hind Fauj.

During the days of British Indian Army, it was impossible for an Indian commissioned officer to dream of becoming a full Colonel, forget of becoming a general during those days.

The INA was the first army of India that was fighting for INDIA and not for the British.

However, some biased regiments of Indian army consider pride for being used as used as a toilet paper during first and second world war and then opening fire upon own  countrymen in Jalianwala Bagh in 1919 after first world war.

Even our salutation Jai Hind comes from INA. It was given by Major Abid Hasan Safrani to INA (originally coined by Chempakaraman Pillai in 1907). It doesn’t come from the Indian army. 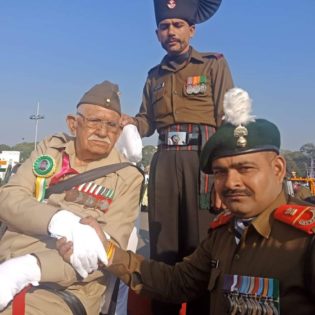 Moreover, INA was the part of a provisional Govt recognized by anti British countries and also had its own bank.

The command of INA men was totally in the hands of INA officers, not the Japanese.The flag of INA had three colours same as the flag of Indian National Congress. The Andaman and Nicobar islands were governed by INA whose governor was Maj Gen AD Loganthan and not in the hands of Japan after capture.

In the words of Col Ponappa Thimayya (INA) who was elder brother of Gen KS Thimayya (who became Chief of Army Staff Indian Army later) made a very wonderful statement during Red Fort Trials –“Rented forces fought for money while the dedicated soldiers of INA fought for pride and liberation of motherland. Jai Hind.”

Even 1971 War Hero and India’s second Highest War time gallantry award -Mahavir Chakra awardee Air Commodore Ramesh Sakharam Benegal was from the Tokyo cadets of INA and was trialed for waging war against the empress. 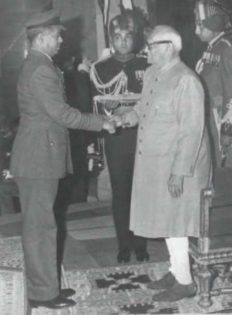 He lost three years of seniority because of INA background but joined Indian Airforce in 1952 and was commissioned as a fighter pilot.

His rank could be reduced, seniority could be reduced but destiny could not reduce his patriotism, loyalty towards India and bravery and ultimately he proved it in 1965 and in 1971 War. He was awarded Mahavir Chakra. 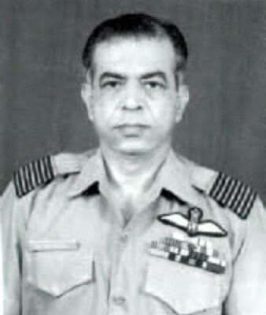 The legacy and service of INA fraternity and their families too is unmatchable. Col Prem Sahgal’s younger brother Sqn Ldr Vinod Sahgal was also martyred in 1962 war.

Col Prem Sahgal was one among the three INA officers of Red Fort trial who was charged for waging war against the empress. Squadron Leader Vinod Kumar Sahgal was was commissioned in AirForce on 15 Apr 1950 and served till 20 Oct 1962. Sqn Ldr Sehgal was a valiant air warrior and a committed soldier who laid down his life in the service of the nation. 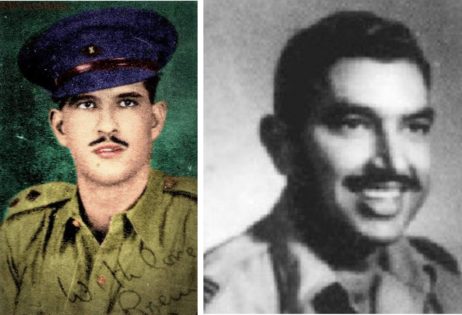 The people who still have disrespect or hatred for INA or doubt their loyalty should stop speaking ‘Jai Hind’.

This article is written by Shubham Sharma, great grandson of Maj KP Sharma, who led a mass revolt against British in Jabalpur following INA Trials in Red Fort; Subham’s forefathers were in Azad Hind Fauz. His youngest great grandfather was Lt Colonel Kunwar Bahadur Sharma who was second in command of Bahadur Brigade of INA. He is also a close associate of Col GS Dhillon’s family who was tried in Red Fort, famous as INA Trials.