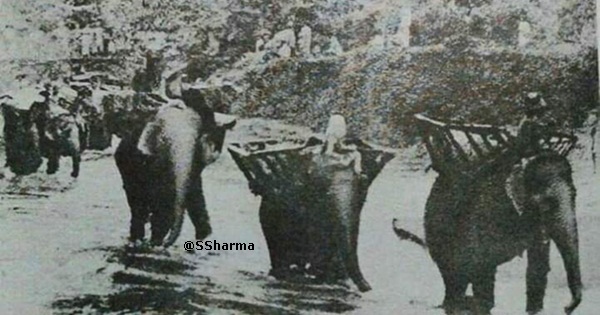 This diary account of the achievements of the INA (Azad Hind Fauz) in Manipur is put as it is, as mentioned in the National Archives of India, Govt. of India.

Feb. 3, 1944 – Sri S.A. Ayar, publicity and propaganda Minister announced that preparations had been complete for an attack.

Feb. 4, 1944 – The INA in coordination with the Japanese Forces attacked the enemy’s forces at Buthidang and captured Taung Bazar.

Feb. 12, 1944 – The VII and V Divisions of the 14th British Army were completely routed. The total loss of the VII division amounted to 10,000 killed or made prisoners of war. Many Indian soldiers of the British Army came over to the Indian National Army.

Feb. 21, 1944 – The Headquarters of the Supreme Council of the Azad Hind Fauj issued its first communique as follows:

“Latest information received from the Arakan front reporting further successes achieved by our units, shows that the Indian National Army participating in the operations in the Akyab district are pushing into enemy positions in cooperation with the main forces of the Nippon Army.”

“Meanwhile, advance units of the Indian National Army, who in concert with the Nippon forces are now engaged in cutting off the enemy’s retreat near Nyaunggyang, have destroyed bridges in that area and have advanced into the Bawli Bazaar district where they are now operating.” “Another unit of the Indian National Army, which has been pushing forward along the Mayu River since the commencement of operations, has succeeded in bringing over to our side an Indian unit ofthe British Indian Army. The number of officers and soldiers of this unit will not be disclosed for the time being.

“The same Indian National Army unit has penetrated into the Taung Bazar area, from where it is now pushing forward into the enemy’s rear and is steadily gaining the desired war result.”

The battle for Imphal, important enemy base and capital of the State of Manipur, reached its decisive stage, following the capture by Indian forces of the two vital centres, Ukhrul and Sanghak. These places formed a vital junction in the defence of Imphal and the British loss of these important centres had rendered it virtually impossible for them to hold out at Imphal for any length of time. The frontline dispatches stated that Indian forces were within fifteen miles of Imphal.

On March 19, 1944 came the sensational and joyful news that the Indian National Army had captured Tiddum, crossed the Indo-Burma frontier and were now on the Indian soil.

March 31 – Imphal-Kohima road cut off – 2,700 enemy soldiers killed and 760 made prisoners of war at the South Indo-Burma Front.

April 1 – fierce fighting near Imphal. INA captures a ration depot in the west of Mayo river.

April 8 – Kohima Fort and a cantonment over Dimapur-Kohima road captured.

April 17 – Hill no. 3424 around Imphal and hill NO. 3449 to the South-East of Pangang Poke captured. Mathingiang Cantt. Captured.

April 18 – Imphal attacked from all sides. INA penetrated through north fortifications of the enemy.

April 24 – Imphal bombed-Hills to the south of Bishanpur captured.

May 4 – Hill no. 3735 near Imphal captured. Langel Post 10 kilometres south-east of Palel captured. On the Boothidaung Front, the main strength of the INA units crossed the Mayu river night and immediately launched a fierce offensive completely repulsing the enemy in that sector. The enemy forces on the Maungdan front entirely isolated from the Boothidaung sector, frantically retreated to rear positions.

May 8 – Lord Mountbatton’s Headquarters announce the capture of Boothidang by INA.

May 12 – Imphal and Cox bazar heavily bombed, general attack on Mayu, Many hills in the vicinity of Boothidang captured.

May 18 – Bishanpur bombed – The enemy defeated in Imal and Lima Kong valley to the north Imphal.

May 20- Besiege of Imphal tightens.

May 21- Fierce battle over Bishanpur.

May 22 – Ukhral road completely in our hands – Enemy’s position weak on Palel Front.

May 26 – Some part of Palel Front destroyed.

May 31 – Imphal bombed – INA penetrates into south-east of Kohima.

June 3 – A village to south of Tignapur captured – Fierce battle on Kohima front.

June 4 -INA captures a cantonment to the South-west of Palel.

June 27 – The siege of Imphal lifted -enemy begins offensive – INA on the defensive.

The monsoon deluge now flooded the communication and supply routes of the INA on the front. Since it started operations in February 19:1944, the Indian National Army was halted for the first time in July. Breakdown of transport and supply conditions forced it to fall back. During the five months of fierce fighting; the Indian National Army had given ample proof of their superior fighting qualities, their courage an unshakable devotion to duty. They encountered the enemy’s numerically superior and better equipped forces successfully and gave them crushing defeats on various fronts.

This diary account is there in the National Archives and provided word-to-word by Shubham Sharma (great grandson of Maj KP Sharma, who led a mass revolt against British in Jabalpur following INA trials in Red Fort; Subham’s forefathers were in Azad Hind Fauz. His Tatuji was Col Dhillon who was tried in Red Fort, famous as INA Trials). This diary details were narrated by Capt Lakshmi Sehgal of INA to Shubham Sharma in 2011. The details also find mention in Gen Shahnawaz Khan’s book My Memories of INA and Netaji published in 1946 by Rajkamal Publication.

Featured image (real photograph of INA TROOPS CROSSING CHINDWIN RIVER, in March 1944 and on 6th April 1944 the troops of Bahadur Brigade reached Kohima Pass. On 14th April, INA won battle of Moirang under the command of Col Shaukat Ali Malik, who was honored with Sardar E Jung for this victory): Shubham Sharma.

Diary of a Kashmiri Pandit Part 3: The Scarring Episode on KP Exodus