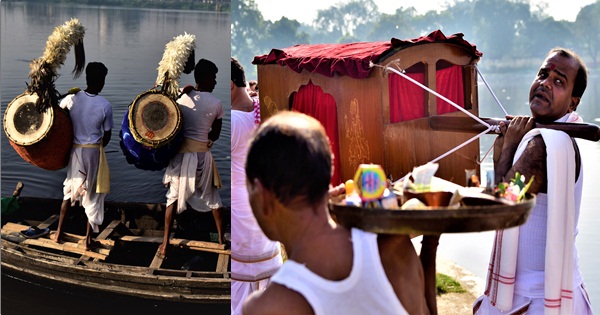 Kola Bou! She is worshipped during Durga puja in Bengal. She is represented in a banana tree, also called banana bride and ritually transformed into a goddess. On the first day, she is draped with a red-bordered white saree with vermilion smeared on the leaves. She is placed on Ganesha’s right side, along with other deities worshipped during Durga puja. She is worshipped with flowers, sandalwood paste, and incense sticks as a new bride, symbolizing the wife of Ganesha

One of the most important ritual on Mahasaptami, or the seventh day of Durga puja, is the bathing of the Kola Bou. Ceremonial bath is given to a banana tree on the banks of the Ganga. On this day, a small banana tree is taken to the river Ganga and given a ceremonial bath. The Kola Brides are carried to the bridegrooms’ places by palki. It was also used to be the conveyance for noble Indian women as well as for Indian landlords in bygone days. 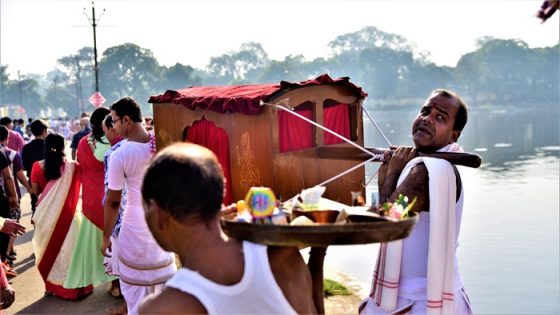 A palanquin, also known as palki, derived its name from the Sanskrit word ‘Palanki’ for a bed or couch. The tree is then draped in a white saree with red border, with some sindur or the vermillion powder applied on its leaves. Hereafter, the tree is kept on the right side of the moorti of Ganesha, implying that she is the bride of Lord Ganesha.

According to a different view, Kola Bou represents Goddess Durga herself. Devotees and worshippers following this tradition do not consider Ganesha’s association with Kola Bou as a marital one as Goddess Durga is considered the mother of Ganesha. 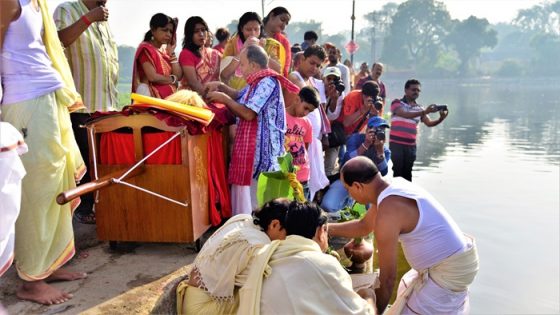 Another symbolic meaning of worshipping Kola Bou is her symbolic representation of the nine types of leaves or Nabapatrika that together form a sacred complex on Durga Puja. According to followers of this ritual, priests who perform the ceremony tie a bunch of eight plants on the trunk of the banana tree. And the grouping of all nine plants constitute the Kola Bou. She is considered as a plant form of Goddess Durga.

Many have even opined that the Nabapatrika is a form of Durga herself, which symbolises all the aspects of nature in a complex vegetative state. According to a scholar, the plant symbolises the ‘festive enactment of Durga’s return of the blood of the buffalo demon to the earth so that the order of the world be re-established and luxuriant vegetation appear’. As far as placing the Nabapatrika next to Lord Ganesha’s moorti is concerned, it can be surmised that the same is due to Lord Ganesha being credited to be the creator of eighteen medicinal plants, for which he is known as Astadasausadhisrsti. 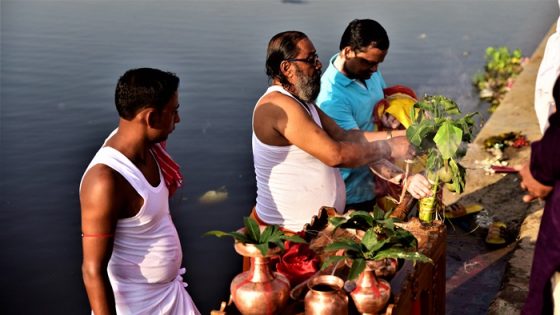 Signifying the coming together of Nabapatrika, or the nine leaves, the following leaves of trees are tied on the trunk of Kola Bou, the banana tree:

1. Holud gaach or the turmeric tree

4. Maankochu or the arum plant

8. Jayanti gaach of the saal tree. 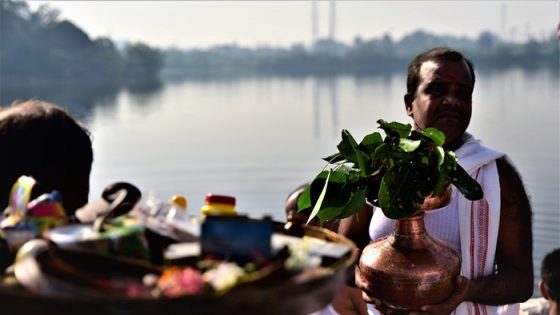 All the goddesses are different forms of Goddess Durga. Needless to mention, that each plant/tree has its significance in the day to day life of a common man, either in the form of staple diet, or as a spice or as part of medicinal plant.

Many also feel that the worship of Kala Bou in the form of Nabapatrika might not have anything to do with Lord Ganesha at all. It could just have been a local or a primitive practice of worshipping the Mother Earth for a rich harvest and with the popularity of the Durga Puja, this ritual was assimilated in the festivities. In the absence of idol-worship, the Nabapatrika was the symbol of Mother Nature herself. Autumn or sharad ritu was also the season for reaping crops and the peasants worshipped the Nabapatrika for a rich and bountiful harvest. As far as the placement of the Kola Bou is concerned, since Kartik was a confirmed bachelor, it was logical to place ‘her’ next to Ganesha! In fact, the worshipping of Nabapatrika in its original form is still prevalent in some parts of Eastern India. 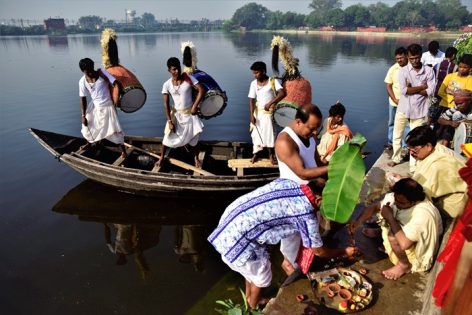 Finally, to conclude, here is an interesting folktale related to Kola Bou. According to this tale, the wedding procession of Ganesha had not gone very far from home when Ganesha remembered that he had forgotten something. On returning, he found his mother Durga eating bowlfuls of rice and gorging herself. Ganesh found it odd and asked his mother, as to why was she gorging herself.

To this Durga was supposed to have said – “Jodi tor bou aamaake khete na dai? (What if your wife did not give me enough food to eat?). Hearing this Ganesha was upset. He stepped out of his home, cut a banana tree and gave it to her saying “etai tomar bou (this is your daughter-in-law)”. Later, Ganesha was married off to the banana tree and thus the name Kola Bou, or the banana bride. 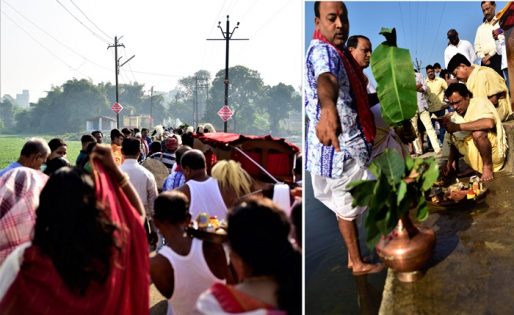 Interestingly, till quite some time back, in rural Bengal many mothers-in-law would be in a perennial fear of not getting enough food when their new daughters-in-law came home, and tried to wield more authority on their sons. An interesting folk tale with mythological connotations, where the food has always been a source of trouble!

Dhakis are one of the ancient cultural groups of Bengal. They are traditional drummers. They used to play Dhak during festive season of Durga Puja. They involve in other profession throughout the year but for five days they resent the traditional folk culture of Bengal. According to Dhakis, this percussion was introduced by Ravana the great devil king of Lanka so it is said that this percussion is mainly prevalent in a tribal society. 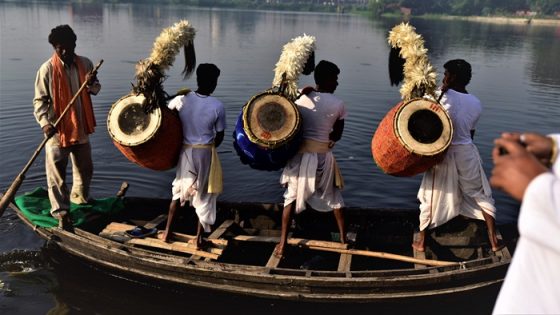 In ancient times, through this profession, the poor people of society got a chance to participate in religious festivals. They mainly belong to Bardhawan, Murshidabad and Birbhum districts of West Bengal. They keep up this profession to carry their ancestral tradition.

Images, clicked by the author, are subject to copyright.

Debashis Ghosh is an HR professional and has a keen interest in photography. He loves capturing in the frame the essence of rich and diverse Indian culture and bringing it to the people.