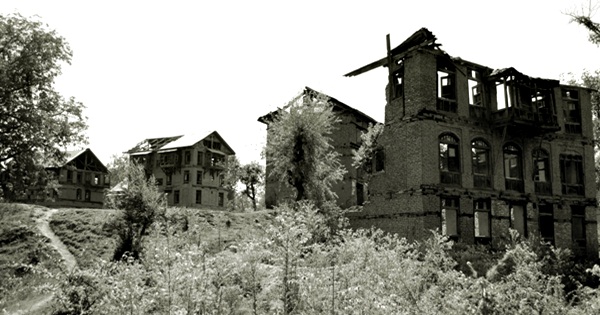 Many people, I believe, would be happy with the scrapping of Article 370. Sardar Patel, Shayama Prasad Mukherjee and many others. Many are in heaven. One of those would be my late father in law, M L Tikku, a proud Kashmiri Hindu. He wanted the article 370 to go in his lifetime like millions of Kashmiri Hindus. He wanted it abrogated for his children and grandchildren. He would often tell me a story about that which I think symbolizes the story of Hindus in Kashmir.

The year was 1957. My father in law had gone to check his name in the selected list of candidates admitted in BSc program of the degree college in Srinagar. Being the son of K N Tikku known as the mathematician of Kashmir, his mathematics skills were higher than average and he was confident of making it to the top ten and telling that to his father.

But what he saw on that day changed his life permanently. On the list, his name was not there and below the name of selected candidates it was written, the above is the selected list. A separate list of Hindu candidates may be released if deemed so.

As he told me he had come back crestfallen and told this to his father. He recalled that as he told his father, he showed no reaction and merely said that he will have to try harder. But for my young father in law, a question had already formed that would trouble him for the rest of his life. Can this happen in any part of independent India? As he talked to other students, he found that their reaction was similar to his. They all realized there was no place for them in Kashmir and no future either. As he recalled all of them migrated to other part of India.

They had then gone to the Chief Minister Bakshi Gulam Mohammed and pleaded to be admitted. As he told them, their high marks were not the issue. It was the fact that they were not Muslims but Hindus. He quoted Article 370 to say that the article was to protect the Muslims of the valley.  But what he said after that was more shocking. “You have the whole of India to get admission. Why don’t you go away and take admission elsewhere. Kashmir is for Muslims and Muslim boys will be considered.” The implication was clear. Convert to Islam and get admission.

They had managed to get a few minuscule number of seats after much pleading and were given so after some humiliating condition.

When he had asked his father why Kashmiri Pandits faced such discrimination he was told that has been the fate of Kashmiri Pandits for last five hundred years. They have always had to plead for what they needed to have it from Muslims. Then he had mentioned and said that article 370 legalized it. Anything that Kashmiri Muslims did to Hindus couldn’t be challenged in courts of law.

My father in law was to find another reason why they were denied admission on the basis of religion. The reason was simple. Hindu boys were considered more intelligent, more hard working. They were to be sent outside Kashmir for education and employment.

“Had you written to the press?” I had asked. “Yes, they told us it is no news item. No one took any notice of it. Who cared if a group of Hindu boys were discriminated against or denied admission.”

That is the time he learnt Kashmir has a separate constitution and a separate flag and laws of India did not apply there. Every Kashmiri Hindu knew in his heart about article 370 but believed that he will be left untouched. Just a few years earlier Shayama Prasad Mukherjee had mysteriously died while in Kashmir. The message to all Kashmiri Pandits was to remain silent   and say nothing if they witnessed any injustice. That was the wise course of action all followed. Kashmiri Hindus were a minuscule minority and were at the mercy of Kashmiri Muslims.

He told me many stories. One of them was about the history of Battmazar, an island in the middle of Dal Lake. He told me how Hindus were taken to be converted there and if they didn’t were buried alive and how the Muslim boatmen would not take them there. “Why don’t you talk about it?” I had asked. “They shouldn’t be lost to history.”

When I thought of writing a novel on Kashmir, he encouraged me by telling me lot of stories from his childhood and early struggles to find a foothold and those similar to him, all ordinary Kashmiris who had lived in silence. The silence was due to article 370. Many of them were anecdotes and always told of a deep divide that existed between Hindus and Muslims, now officially sanctioned because of article 370.

When I finished writing my book, he read it from beginning to end and said it will help people to understand why article 370 should go. He felt it great that I, a non Kashmiri, had written it and felt that Kashmiris were always alienated from the rest of India. He also found it difficult to read certain chapters, those even told by him. One was on how temples were destroyed in Kashmir was the most difficult one for him. He told me how going to the Martand temple ruins was traumatic for every Kashmiri Hindu and it couldn’t be restored because of article 370. It would require specialists and conservationists to come and stay from outside. Why will they come and stay if they can’t buy land or own property here?

Article 370 was about injustice alone. For seventy years it told us that some Indians were more equal than others and it couldn’t be questioned. The article bled our motherland culturally, politically and socially being the very place where Hinduism reached its peak. This article martyred many of our soldiers, put many in prison and led to the destruction of the Hindu way of life in Kashmir. It at the same time showed the spineless politics that dominated the Indian landscape, a continuation of the colonial rule where Indians especially Hindus had to kneel in front of their masters.

When we saw the news of the ending of the Article 370, my wife and my first thought was a wish he was alive today. He would have said if this article had been removed earlier, he would have never left Kashmir to never come back. That very thought would have been uppermost on the minds of millions of Kashmiris today who had to leave their homeland and become refugees over centuries.

When Obama became the president of USA, my friend, a Black, had called me up and said, “I never thought I would see this day in my lifetime.”

Today, I feel like saying the same, “I didn’t expect to see this day in my lifetime.”