Why the Order to Distribute Koran is a Reminder of a Humiliating Past? 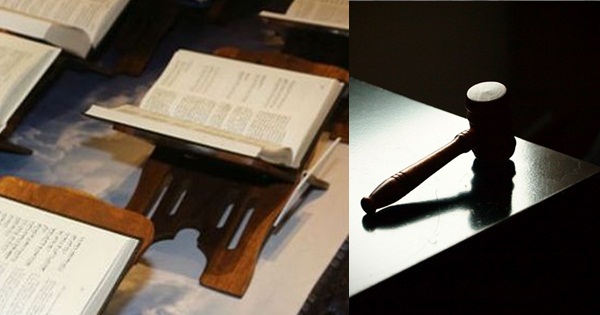 The Indian of today is puzzled by what some Judges of India think and act the way they do. Are they a product of the colonial mindset that sees Hinduism and the rights of Hindus as regressive? In the imagination of an average Indian do the Judges still remain as learned dispensers of justice?

Ivan Karamazov once famously said that if God doesn’t exist everything is permitted. Traditional legal thinkers use that argument to declare that if legalism didn’t exist, everything would have been permitted to Judges. But legalism does exist in India and not everything can be permitted including judgements that demean and humiliate.

Judges, lawyers and courts are bound by law to not reopen historical wounds but to give judgments that heal. This is true of Hindus who have gone through slavery and jaziya (tax) for centuries. So, why is it that we have judges who are insensitive to open those very wounds?

The latest judgment to come as a rude shock to millions of Hindus was none other than the court order to Richa Bharti, a Hindu woman, to distribute copies of Koran to Muslim institutions as a condition to her bail order. While the sentence was for one person only, the shame that it would have generated, if it had been carried out, would have affected an entire generation and lived for posterity as a sad reminder that was shameful.

There was one aspect of it that defies understanding. The institutions she had been asked to give copies to, do they need copies of Koran? Did they ask for it? Do they not get them on their own? Who decided that there was a need to give them to educational institutions?

I wonder, would the copy have been kept as the reminder of the act of an infidel woman who was punished for speaking up her mind. How would those receiving it have felt reading from such a book? On the other hand, would it have become a reminder of punishments for non Muslims, especially women, for posterity? Isn’t this how some stories have been built and false victimhood created?

In medieval times Hindus were forced to convert to Islam in different ways, direct and indirect. Whether it was through jaziya, a form of tax to be paid to the King or allurements, the purpose was the same. It was to shame first and make the Hindu believe he is inferior.

Shame and humiliation are two of the biggest arsenals in the conversion industry. Was this order to distribute copies of Koran an act of shame that Hindus of today are trying to forget?

There are two major kinds of punishment in history. One where punishments are in the moment, transitory and leave no trace on society. They follow legalism of the day. The others are those that are forced upon people through public humiliation, meant for posterity as a reminder and to live in memory of the victim race as a sign of humiliation so that they remain forever subjugated.

Distribution of religious texts has been done through ages. It has been done with only one premise that the chosen text is superior to all other texts. Distribution is political with a motive to humiliate and subjugate that is never directly spelt out.

I wonder how missionaries and those whose task is to spread their religion in India would see this act. Would they consider it compassionately that all religions are equal and all spiritual texts revealing the word of God as equal? Or would they see it as a sign that even the infidels see their religion as superior. Many amongst them, I am sure, would be thrilled and welcome it as a masterstroke to make their efforts easier. The infidel is punished and that too by distributing their holy text to the faithful. They would see it as the power of God to get things done, to bring people to light by shaming the infidel. Who needs a sword or money from Vatican after this?

Shame is a painful emotion that responds to a sense of failure to attain some ideal state. It encompasses the whole self by destroying the very core. Shame is also collective and infectious. The shame of one affects everyone if they belong to the same group.

There is a deeper reason why the sentence to distribute the copy of Koran is an act of shame. The shame of the Hindu is linked to the rejecting behavior of Muslims of the past who desecrated and broke his temples and ridiculed his religion. It led to helplessness and feelings of loss of power that still lingers in the minds of many. Asking a Hindu to repeat an act such as this would bring forward a painful past carried for centuries and one that he hides under the philosophy of secularism.

The Hindu today is trying to heal the shame that has bound him and leave that behind. He is succeeding with an awareness that didn’t exist for him before. The shame is no longer linked to his sense of control over his society, both politically and socially, to be thrown in the dustbin of history.

Not so long ago, Indians lived as a society in what could be described as ‘shame culture’ in the words of Ruth Benedict. Not anymore. Till recently speaking on behalf of Hinduism or Hindus brought an instant social exclusion from academic and political circles.  Those who did so faced exile, isolation and shame of condemnation.

The Hindu has remained surrounded by symbols of humiliation heaped on him for centuries. The memories remain a scar that he is no longer willing to accept. Isn’t it a sign of the times then that our thought leaders, judges be made aware of this dimension of existence? Almost a hundred years ago, E. Stanley Jones, the doyen of missionaries, was told by a Hindu judge that Christ is the only hope for Hindu people leading him to preach that the most learned segment of Hindus wants them to convert and are on their side. Our society needs judges whose wisdom is rooted in the civilization of this land.

The present judgment comes from a mindset that is antiquated, rooted in negation because it believes in humiliating an entire race disregarding rule of law. Even if it has been rejected by many right thinking people, condemned and withdrawn, it deserves an explanation from the very man who ordered it as to why and how such a demeaning judgment was thought of and an assurance it will not be repeated. Only then will the conscience of our nation will stand tall.