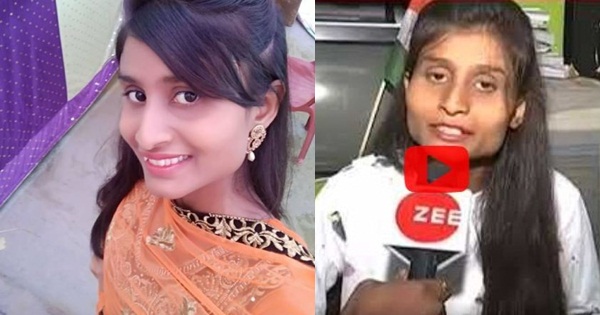 19-year-old Richa Bharti from Ranchi made news headlines with social media abuzz on her bold move after she complained against a local Ranchi court’s orders. She was arrested on 12th July and jailed for four days for sharing a Facebook post that voiced her opinion on what was wrong. The complaint was filed by Junior Officer Syed Ahmad on behalf of Anjuman Committee at the Pithora Police Station for ‘hurting religious sentiments through her post’. The court termed the post communal and ordered her to distribute five copies of Quran – one copy to the local Anjuman Committee in the presence of police authorities, and four more copies to different libraries in the city. She was ordered to submit distribution receipt of the five copies to the court within 15 days, as reported by livehindustan.com. This unique verdict was given by Justice Manish Kumar Singh on 15 July. A B.com first-year student, Richa Bharti said that the court’s order was not fair, at the same time pointing out that ‘other communities’ who did wrong were never asked to take such a step.  She said distributing copies of Quran was an infringement of her fundamental rights, adding further as per ANI, “Today they are making me distribute Quran, tomorrow they might ask me to accept Islam and read Namaz”. The ANI also quoted her saying, “Other communities also make such posts, have they ever been asked to recite Hanuman Chalisa and visit temples?”

Richa Bharti has set an example and is an inspiration for a community – the Sanatanis, who have been victims of oppression, fanatacism, barbarism, and injustice since 8th century, which continues even after Independence. She raised a voice questioning the Court, which has been targeting Sanatanis in the name of secularism and tolerance. As I am a History researcher, I would like to quote a few examples from History, though situations during those times and today’s times are different. It was allowed to use arms against enemies then; today, we are bound by law, but we have the right to raise our voice against injustice. Richa Bharti is like the 20 year old Rampyari Gurjar who influenced 40000 village women to fight against barbaric Timur, who had by then along with his men had raped thousands of women, destroyed temples, looted wealth and executed 1 lakh Hindus. She succeeded in helping the Hindu army defeat Timur thrice; an wounded Timur somehow managed to flee and he never dared to attack India again. Richa Bharti is also like the 16 year old Shivdevi Tomar who inspired the menfolk and womenfolk of her region to fight against oppression of British in 1857. She killed 16 British officers before she was martyred. Saffron Swords has a detailed description about these two brave daughters of Bharat Mata and more warriors. Every era needs a voice. There were voices in every era that helped in saving our cultural and civilizational identity. In today’s times where Sanatanis are silent and could hardly lend a voice against their rising oppression, she, a 19 year old arose for our cause.

When the voice is strong and right and when this voice is supported, backed, and defended by lakhs of supporters, even the judiciary is bound to change its verdict/order or take it back. A backlash to the court followed, ultimately forcing it to take back its order. According to an Indian Express report, the Ranchi court “drops ‘donate Quran’ condition for bail”. That’s the power of a strong voice against the injustice.

Here is an excerpt of an interview of Richa Bharti that I took for  My India My Glory e-magazine.

Manoshi Sinha: We have been often silent to oppression meted out to us first by Islamic plunderers and then British since the 8th century. Even after Independence, oppression against Sanatanis continue. Against such a situation of rising oppresion, we need a voice to speak up. In today’s tough times, you have raised your voice for the cause of the Sanatanis. You are a source of inspiration to lakhs of our silent Sanatanis. What is your source of inspiration to be so bold and brave?

Richa Bharti: Thanks. I am as simple like any other Bharatiya girl. So, I can’t say that some great thing inspired me. My soul within makes me feel that something is not right. Why is this happening to only one particular community? Why are Sanatanis targetted everywhere? The inner me triggered me to raise my voice. I wrote my heart out on what is right. I spoke only the truth, of what is happening around in reality.

MS: You are so young. When did the realization to raise your voice for the cause of the Sanatanis happen? Is it from your school period or from college?

Richa Bharti: I started using social media as a platform to raise my voice from the time of the recent elections.

But yes, since my childhood I knew about our cultural identity and everything pertaining to our Dharma. I also knew about the oppression we have been facing since long. I knew how, in the name of secularism and tolerance, we have been always targetted. I knew how we, the Sanatanis, have been made as the oppressors instead of the victims.

MS: So, it is because of the Sanskar you have been receiving since childhood at your home that has gone into the making of the bold and brave Richa Bharti.

Richa Bharti: Yes, it is the home atmosphere that has helped me to be who I am today, a proud Sanatani. My Papa (father), Prakash Patel, has been instrumental in guiding us all towards the right path and enlightening us all siblings with the knowledge of our culture and everything related to our Dharma. And we have absorbed within us whatever he taught us.

MS: One common question elders often ask a child is what he or she would like to be in the future, i.e. the career path. What is your career option?

Richa Bharti: Yes, like many, I too dreamt during my younger days to be this and that in life. But that changed with time. Today I aim to do a job and earn for a living. Recently on 3rd July, I even sat for the Staff Selection Commission exam, applying for a job.

MS: Recently a 100 year old Durga temple was vandalized in Delhi followed by vandalizing of more temples. Hardly any strict action has been taken. Your opinion on this.

Richa Bharti: Yes, I have been witnessing all of these incidents through the various news platforms. Why are we silent? We should raise our voice against such atrocities. And look at how I have been convicted for a simple post I shared on this. There have been worse incidents happening around against Sanatanis, but hardly any action taken. And for a simple post, which I shared, I have been targetted. I love my country and I know what is right and what is wrong pertaining to my country. Why should I be silent on what is wrong. This is my reward for raising my voice on what is wrong!

MS: Your views on Sanatan Dharma.

Richa Bharti: Sanatan is a Vishwa Dharma. It is the oldest Dharma and it is only after this that other religions emerged. And the same people from the other Dharmas consider Ram as a mythical character. Ram existed thousands of years ago and he is symbolic of our belief and culture. It pains me and angers me when they speak against Shri Ram and consider him mythical.

MS: Social media has helped spread a lot of awareness about our culture. Your message to the youth.

Richa Bharti: I respect all religions. And I expect people of other regions to respect each religion. I love my culture. I will certainly not want someone targeting and hating only my culture. I can’t tolerate this.

And I feel, it is not wrong to stand up for one’s Dharma. My Dharma is at stake and so I will raise my voice and fight for it. Everyone should raise their voices and fight for the cause. We cannot be silent on the wrongs done to us. We do have the right to speak for it. Who will save our Dharma if we don’t ourselves stand up for the cause?

I have shared someone else’s post on the wrongs. And for a petty post, I am being convicted and tried in Court.

MS: Is the case closed?

Richa Bharti: It is not closed. The court only gave a verdict.

MS: All Sanatanis across Bharat are with you. They are all supporting you. Are you facing any problem in legal support?

Richa Bharti: Thanks to all. Yes, many have come forward to support. Lawyer Vinod Kumar Sahu is handling my court case.

Most media platforms are publishing news related to me without even taking my statement. 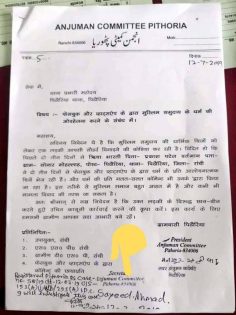 The above interview is facilitated by Supreme Court lawyer Prashant Umrao. He was in touch with Richa Bharti’s father all throughout, extending his support and facilitating others’ support for her cause. Here is a YouTube video on his take on the Richa Bharti case: