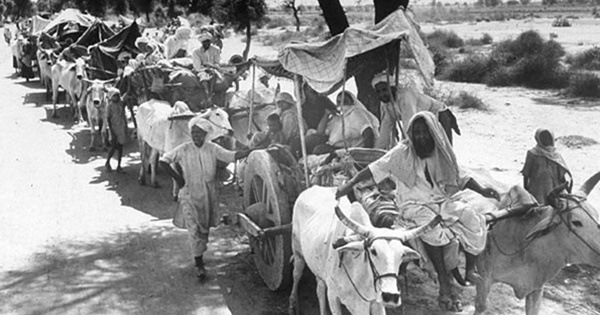 I had travelled to Toronto on work a couple of years ago. I flagged down a taxi on the curbside of the airport. The driver was an elderly Sikh in his late seventies. His name was Avtar Singh. I unhesitatingly switch over to Hindi whenever I see people of Indian descent. We conversed while he drove me to the Renaissance Hotel Downtown.

“Uncle, why’re you still driving a taxi instead of retiring and enjoying life?” I asked.

He replied, “I am enjoying this beta. I get bored at home. My wife died five years ago. My children and grandchildren have moved out. What will I do at home? This is not my native Punjab where extended families live together. Retired life would be lively there. Not here. I cannot converse with the walls!”

I nodded in agreement. He then hesitatingly asked, “You speak Hindi with an accent…”

I laughingly replied, “I am a Madrasi.”

He curiously asked, “Whom do you find more beautiful? Madrasi or Punjabi women?”

He liked my answer. I invited him to join me for dinner at the hotel. He agreed. We had an engrossing conversation about his childhood days in what would eventually become Pakistan. Avtar Singh was born in a small village near Rawalpindi around 1940. There were 300 Sikh families in that village. There were 50 Hindu families as well. Every evening, those families assembled around a few tandoors for communal meal. It takes a lot of effort and energy to light up a tandoor. Once the tandoor is lit, it takes very little energy to bake tandoori roti or chicken or any dish one could bake. So, villagers assembled around those tandoors to bake their naans, rotis, and chicken. Some would eat it right there. Others would take the cooked food home. The men and elders would indulge in some locally-brewed liquor. Punjabis have a very healthy attitude toward life. They celebrate it. Families would retire to their respective homes after communal interactions around the tandoor.

The 1940s were tense. The Partition was imminent. The future was uncertain. Everyone feared attacks by the Muslims. Local Sikh youth had accumulated katta, country-made guns. Some of them had military background and guided the villagers in self-defense. The Arya Samaj and the RSS had a limited presence but they were often the conduit for providing gun powder. Sardar Patel had started organizing the supply of gun powder. It was prone to absorbing moisture and clumping together. So, after the families retired, the Sikh youth would put out the tandoor and then dry up the gunpowder in the simmering heat.

Sikhs were better prepared than Hindus in self-defense. However, neither had much of a defense against local Muslims, who passed on information about the prettiest Sikh and Hindu girls to the outside mobs. Everyone knew that it was only a matter of time before the Muslim mobs would descend on the Sikhs and Hindus. Protecting their womenfolk from predation was the biggest concern of every villager. Some villagers tried to sell their homes and agricultural fields and leave. It wasn’t easy though. The sale price was depressed. Besides, where would they settle down on what would eventually become the Indian side? Relocation, especially in turbulent times, isn’t easy to a farmer. There was also an unwritten code of conduct: You cannot abandon other villagers and quit. Almost everyone stayed back.

All bets were off with the announcement of the Partition in 1947. The British Indian Army was either disbanded or confined to the barracks because the British didn’t want to spend money on riot-control. It was an open call for the Muslim mobs to descend upon the Sikhs and Hindus. They were armed with precise information about the prettiest young women in every village. The mobs descended on the villages with the intent of killing Sikh and Hindu men and raping and abducting their women. The Sikh and Hindu men valiantly fought until they ran out of gun powder. They would then see the writing on the wall. They would then herd their prettiest daughters and wives in the halls of the gurdwara. Their fathers and brothers hugged them and cried. The young women didn’t cry. The luckier ones who still had gunpowder shot their daughters and wives dead. They knew what awaited the survivors: rape and the ignominy of being sold into a brothel house. The less lucky ones, who had run out of gunpowder, had to end the lives of their beloved womenfolk with the kirpan.

Avtar Singh had three sisters, one younger and two elder to him. They were 5, 8, and 12. His father had run out of gunpowder but couldn’t bring himself to stab his three beautiful daughters and wife to death. He attempted to flee with them to India. However, India was far away. It would take days to reach India. He needn’t have bothered though. The family barely made it out of the village when they were intercepted by a Muslim mob. Avtar Singh ran and hid behind a pump set. His father fought bravely but one man with a kirpan doesn’t stand much of a chance against a well-armed mob. Avtar remembers seeing his father collapse while fighting. His white pagdi turned red as he collapsed to the ground.

Something landed next to the pump set with a thud. Avtar Singh recognized it. It was the body of his five-year-old sister Amandeep Kaur. He didn’t understand much about life and death then but she didn’t move. Had someone just flung her violently? Avtar Singh pulled her, or it, closer, and hugged very tight. She felt cold. He heard his mom scream. He just didn’t comprehend what he witnessed next. She had been disrobed and flailed her limbs. One man after another …

A tractor arrived on the scene. They loaded all the women on to it. Avtar Singh’s naked mother was one of those. Avtar wanted to run to her. But what about Amandeep? He just sat there and silently cried. Everything fell silent very soon. A lot of bodies lay around. Stray dogs fought with one another. Avtar Singh either fell asleep or fainted.

He woke up in the arms of Kusum Kaur. She was the elderly village midwife. She gave him some water to drink. She lifted Amandeep and tossed her body into the well. Avtar Singh asked her about his mother. Kusum Kaur replied, “Forget her. They would’ve sold her into the brothel in some city.” Avtar Singh didn’t understand what a brothel was. Kusum Kaur told him that there was nothing left in the village. They should run and join a caravan of refugees. He just followed her.

They joined a caravan of Sikh and Hindu refugees a day later. They just walked. Occasionally, he was fed. It took them 10 days to reach Amritsar. He was then put on a train to a refugee camp in Ambala. Avtar Singh would stay in a tent in the Baldev Nagar Camp in Ambala for the next 1.5 years. He rarely spoke. Everyday, he walked to the langar thrice to get some food to eat. He then returned to the tent and sat there silently. He often thought about his mother. She was very nice. Why would they sell her into a brothel? What was a brothel? He wondered whether Kusum Kaur tossed Amandeep into the well because she had died. He knew nothing about the other two sisters. Did they escape? Are they in a camp?

One day, he followed the routine of lining up at the langar to get his meal. He rarely looked up. The lady who was serving said, “Look up child and hold your plate and bowl straight. Otherwise, the dal would spill to the ground.” Her voice sounded soothing and familiar. Avtar Singh looked up. It was his mother. She had just then moved in from another refugee camp. Where was she all these days? It didn’t matter. He dropped the plate and the bowl. They both cried and hugged.

I realized that Avtar Singh was no longer narrating the story to me. He had merely traveled back into his past. I didn’t belong there.