Of Naam, Namak, and Nishan: Major Akshay, Monologues of a Martyr 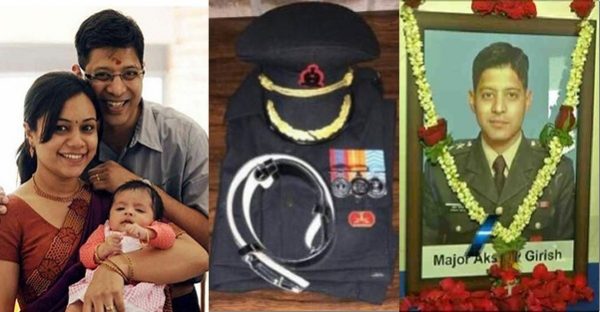 My Countrymen now call me Martyr Major Akshay. But It’s all in my name, AKSHAYA – the one who is imperishable.

I am just dissolved in Panchabhuta.

I must narrate it to you first hand, about what happened in those few hours, on that fateful morning in Nagrota, when four terrorists sneaked into the Army Camp started firing recklessly in the vicinity of the houses of Army personnel. Their target – wives and children of Army personnel. What an utter cowardly act. Shameful.

The best part of the Army life for me has always been the morning physical training, PT. The joy of breathing-in the fresh air, exercising every cell of the body, filling in all the energy that is required to be  for rest of the day, oh I simply love it.

That day, 29 November, commenced like any other day, getting ready for the PT. Enjoying the aroma of the coffee, Sangeeta was making in the kitchen,  I kept looking at the cute little angel Naina sleeping peacefully tucked in a soft blanket. While I was controlling the urge to kiss her, Sangeeta came in with the coffee.

We were all excited about going to Bengaluru on a month long vacation.

My 31st Birthday was just a week away. That would be celebrated amongst all friends and family. Everyone in Bengaluru were eagerly awaiting our arrival.

I told Sangeeta after the PT, there is firing practice today, so will get late for the breakfast. Just then the sound of bullets firing pierced through the calmness of morning. Nina shook with fright. 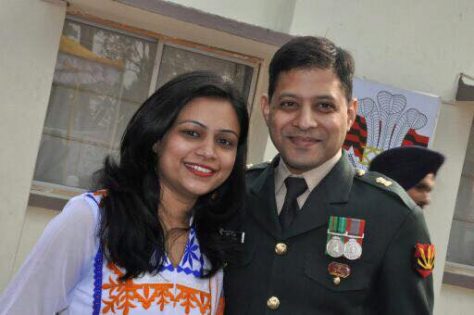 Has the firing practice already begun?

Something wrong. Soldier’s alertness kicked in. Quickly changed to uniform and rushed towards the Unit Headquarters.

Colonel Prakash, the Commanding Officer was already in action. A Quick Reaction Team (QRT) was already in place with bullet proof vehicles and machine guns.

His Brief was short and crisp.

“Four terrorists in police uniform have entered the camp and are proceeding towards the Family Quarters, firing recklessly. We have to neutralise them quickly before the situation goes out of hand”.

I was told to lead the QRT. We quickly charged towards the Family Quarters. Major Kunal also joined us on the way.

A soldier’s wife in advance stage of pregnancy had to be rescued from the first floor house through the pipeline at the back of the house. Bhanumati with her two year old daughter was desolate and distraught. Quickly we sheltered them in safe custody.

I hurriedly sent a message to Sangeeta.

‘Keep the door locked, don’t come near the windows.’

And then we started our machine gun fire. We had to ensure that these terrorist dogs don’t get anywhere close to our ladies and children. Somehow I must get to the rooftop to get a strategic advantage. And then I saw this masked gunman going upstairs towards one of the houses, directing another masked man to go to the next building. Apparently he is the terrorist’s leader.

I had to get him at any cost. He is getting dangerously close to the entrance of the building, before he opens fire at the inmates or takes them as hostages to place some ridiculous demands later.

I have to get him. There was very little time and no choice, I started crawling towards the building taking the cover of bushes. Chiranthan who was at the gun post came running towards me to stop me. I yelled at him to go back and give me cover fire.

And just then a bullet swished past my ears and missed me, but the next one got me. 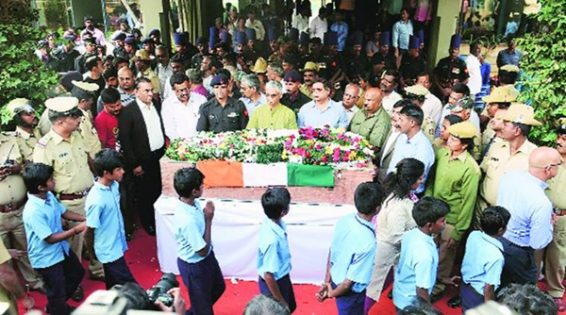 ‘He saved others, but could not save his own life’; Courtesy: Indian Express

If body leaves you then it is Death

If you leave the body it is Moksha.

I had read it somewhere.

When I charged towards the attacker the only aim was to rescue my people at any cost. Moksha was not my Destination. But I attained Moksha as a byproduct. 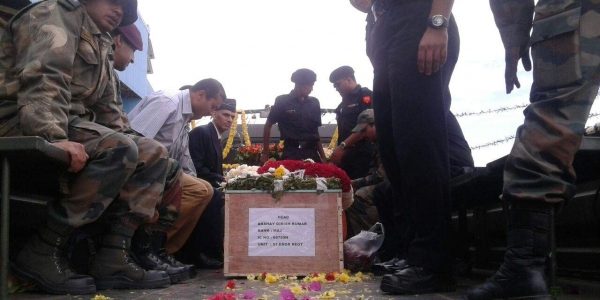 A Soldier’s life is centred around three things:

Naam. We respect the name of our Regiment, Army and the Nation.  Most importantly we respect ourselves. Anyone tries to bring bad name to any of the entities we uphold, will never be spared.

Namak. Loyalty comes naturally to us. To maintain this steadfastly is not easy when we see whole lot of Namak harams around us. My request to people of my country never never doubt a Soldier’s integrity. Some of you say we are paid to fight and die. We pity such worms.

Nishan. A national flag, Regimental flag is not a mere symbol for us. It is the epitome of our very existence. People are debating whether to salute the flag or not, to get up or not while the National Anthem is being played. We don’t belong to such class. We are simple minded diehard Patriots. 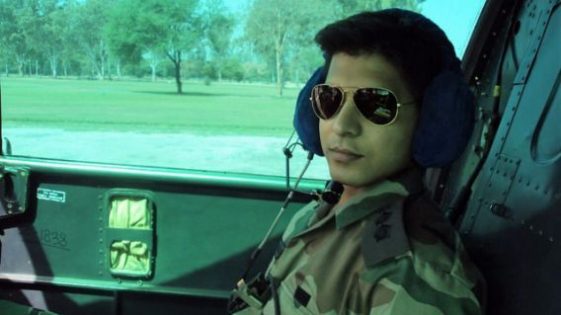 I am in the Cosmic Order now having dissolved amongst Panchabhuta – Prithvi, Jal, Akash, Vayu and Agni. Yet the love for my people is eternal. That brought me now to Bengaluru.

At the Air Force Station Yelahanka Military honours were conferred on my physical entity. Grim, stoic faces, holding back the tears, biting the lips as if that would keep the tears from public display.

Even in that thick air of solemnity, a child’s laughter made the heads turn, tears could no more be held back, started rolling down the cheeks.

That was my doll Naina, chasing a small butterfly, laughing with gay abandon.

My mother could not stay composed anymore.

“Common Maa, you are wife of an Air Force Fighter Pilot and mother of a Soldier. You can’t be wailing like this..”

‎I screamed. It seemed as if she heard me and she restored her composure and sat stoically.

The bonding between me and my mother is very intense.

‘Good night mummy’ were the last words before falling asleep and ‘Maa I can’t find my glasses’ was the first sentence of the morning. She would always keep a second pair handy and search later for the misplaced glasses. My glasses created a major communication channel between us.

The other day whole family landed up in Nagrota. My twin sister Neha, her husband Pradish, Dad, Mom everyone. 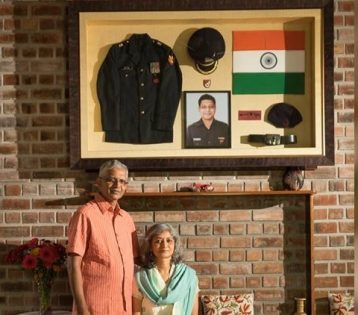 Colonel Prakash was showing the spot where I fell. Mom picked up a small stone from there, as if it’s a Memento.

‘but Maa my glasses..they are still there waiting for you, can’t you see them..’

She moved along with the group. After so many days, after so many people sauntered around the place..my glasses were neatly tucked away under the very bush. How come nobody noticed.

I wished my mom to pick it up. But now she just walked away.

‘common mummy come back my glasses..pick them up..’

Suddenly mom turned back, came to the very spot and saw the glasses.

The dusty glasses were thoroughly cleaned with her tears. Would never trouble her anymore for my glasses.

I am now under the protection of the Protector of the Universe. Surrendered to him..Kaya, Vacha, Manasa… 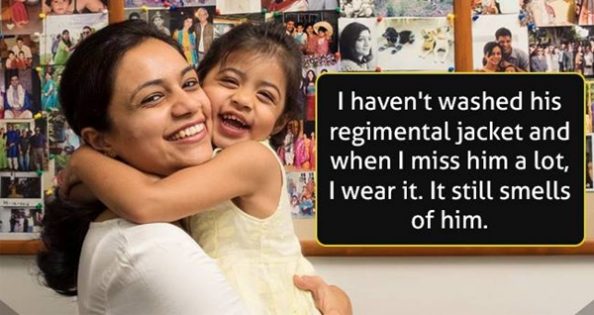 Without his Grace not even a blade of grass would move. He decides the pace and the Period of our lives.