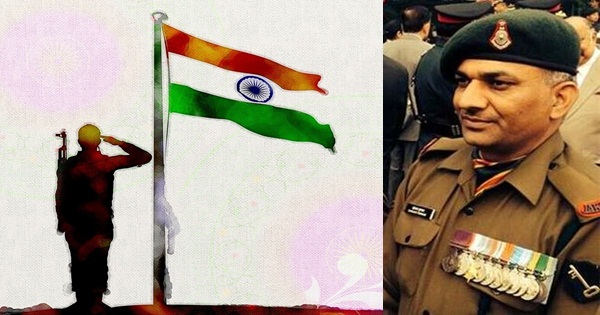 May to July 1999, Kargil War! Every true Indian will experience goose bumps at the very utterance of this phrase. What started with Pakistani intrusion in Kargil reported by local shepherds on 3rd May resulted in continuous conflict and war until it came to an end on 26 July with Indian Army announcing complete eviction of the Pakistani intruders.

Soldiers are born warriors. And they are made too. They are like us, but bereft of what we enjoy as common citizens. They have a family. Every time they meet, they leave with a promise that they shall come back soon. Hope is what their family banks upon. Time and again, while many live up to this hope, many come back in coffins as heroes and martyrs. In war and fighting terrorists at the border! Survivors breathe with renewed zest to defend our motherland and further weave sagas of heroism. And the legacy of warriorhood continues! Salute.

Three major phases of the Kargil war was witnessed. The first was the infiltration of Pakistani forces into Indian Kashmir and their occupation of strategic locations.  This enabled the enemy forces to be within range of the first primary national highway in Jammu and Kashmir – NH1, for its artillery fire. The second phase was discovery of this infiltration by Indian security forces followed by mobilization of forces to check it. The third and final phase involved major battles by Indian and Pakistani forces. Indian Army recaptured the territories held by Pakistani forces. India won the war and Pakistan withdrew its forces from the Indian territories. This war saw the winning strategies of our armed forces being put to action. It saw the martyrdom of many of our soldiers.

Here’s an account of Kargil War hero Sanjay Kumar, a Param Vir Chakra awardee for his bravery. He was born on March 3, 1976 at Kalol Bakain, Bilaspur in Himachal Pradesh. His ambition since his school days was to be a soldier. His vision was to serve India at the borders. Thrice he applied in the Indian Army and thrice he failed. He did not lose hope. For a living, he worked at the national capital of India as a taxi driver. This vocation in Delhi did not last long. He applied for the fourth time in the Indian Army. And he got selected. His dream came true. During the Kargil war, Sanjay Kumar was posted in the 13th Battalion of Jammu & Kashmir Rifles.

4th July 1999! It was the 3rd month of the Kargil War. Sanjay Kumar with his team was entrusted to capture Area Flat Top of Point 4875 in the Mushkoh Valley in Kargil. Pakistani soldiers held this area. The team almost climbed the treacherous cliff and were 150 meters away from the enemy soldiers. Pakistani soldiers opened machine gun fire at them from a bunker.

Unaffected, Sanjay Kumar continued scaling up the ledge, along a flank. He bravely charged forward towards the bunker. Pakistani soldiers fired at him continuously. Two bullets hit his chest and forearm. He started bleeding profusely. Yet the injury did not deter his spirit from doing his duty.

Reaching the enemy soldiers, Sanjay Kumar involved in a hand-to-hand fight, killing three Pakistani soldiers. He grabbed a machine gun from one of the dead enemy soldiers and immediately crept towards the second enemy bunker. The Pakistani soldiers posted with the 2nd bunker were taken by surprise and bullets from his gun shot dead few of them. The rest of the enemy soldiers fled from the spot. Inspired by his feat, his team charged with renewed zest. And India captured Area Flat Top of Kargil.

Sanjay Kumar was later awarded with the Param Vir Chakra for his bravery. My India My Glory salutes Sanjay Kumar and all other heroes who fought and staked their lives for Mother India in the Kargil War.

According to Indian official figures, 527 of our jawans attained martyrdom in the Kargil war. 1,363 soldiers were wounded and one soldier was taken as prisoner of war. While one fighter jet crashed, one helicopter and one fighter jet were shot down. As per Indian claims, around 1200 Pakistani soldiers died in this war and over 1000 wounded. 249 dead bodies of Pakistani soldiers were recovered in the Indian territory.