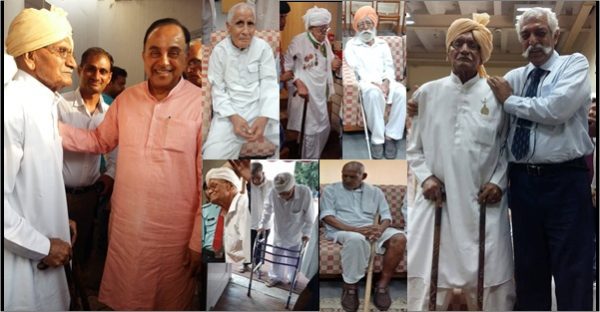 ‘Give Me Blood, I will Give You Freedom’

These thundering words of Netaji Bose motivated and inspired many freedom fighters to join the Azad Hind Fauz to free India from the clutches of the British. Prisoners of war including Indian expatriates in South Asia, local civilians, barristers, traders, plantation workers, shop keepers with many having little or no military experience joined Netaji. Soon Azad Hind Fauz comprised of 60,000 soldiers. Today, we live free and breathe free because of the sacrifices made by our freedom fighters. There are only a few surviving INA veterans in India and abroad.

‘We the India’ organized a felicitation ceremony of Indian National Army (INA) Veterans on 8 August 2018 at the Indira Gandhi National Center for the Arts Auditorium in Delhi. Six INA veterans attended the event. The hall was full. 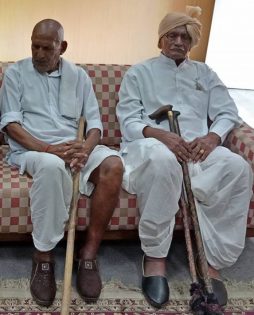 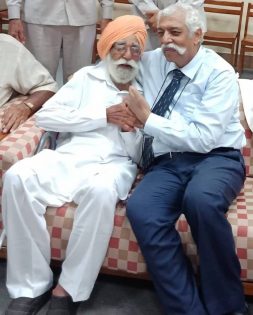 The dignitaries at the event spoke about Netaji and the INA and their role in the freedom movement. They spoke about various aspects of Netaji on how he created the Azad Hind Fauz and the provisional govt in Singapore including the plane crash mystery, disappearance, and related paraphernalia.

In his speech Dr. Subramanian Swamy said that when he was the Home Minister and Finance Minister in 1991, Chandra Shekhar who was the Prime Minister told him that Japan had been pressurizing India to collect the ashes of Netaji which was stored in a temple there. After discussion the Prime Minister refused Japan’s request. Because no one knew what happened to Netaji. His death is still a mystery.

Maj Gen GD Bakshi in his speech said that the plane crash incident was created to fool the people of India about Netaji’s death. In his opinion, Netaji was tortured to death in Siberia. He explained how Netaji was interrogated and tortured.

In his speech Maj Gen GD Bakshi said that the INA had 60,000 soldiers out of which 26000 died for the freedom of the country. But after independence the Nehru govt. declared the INA martyrs and surviving INA soldiers as traitors. Following the advice of Mountbatten, Nehru did not take back the INA soldiers into the Indian Army. Netaji was never honored. There was no memorial for Netaji and the INA.

He said that it was Netaji, not Gandhi who gave us freedom. He cited British Prime Minister Clement Atlee revealing that Gandhi’s role in the freedom struggle was MINIMAL. He said he was working on a book based on enough documentary evidences that prove the instrumental role played by Netaji in India’s freedom. 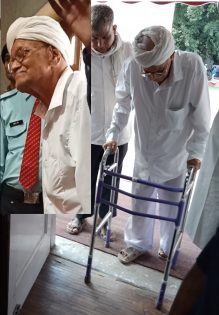 In an earlier statement few months ago, GD Bakshi had said, “Can we for GOD’s sake put our last surviving INA veterans on the Republic Day parade at Raj Path before they all die out. There are just a handful of them left. Why have they been kept away so far? Is it because our Bureaucracy is still loyal to the British Raj and not to INDIA?? Why are politicians still so scared of the Raj that they can’t honour the INA and Netaji Bose, the real liberators of INDIA. We will not let this insult to the INA veterans pass. It has to be undone. For the last 3 years we have constantly been requesting PMO, MOD and even the Army to get the INA veterans and a float on Netaji Bose included in the RD parade. What is stopping us? I simply can’t understand.”

In 1940, at the age of 43, Netaji Bose escaped from India. Why? To arrange an army with the help of Japan and other countries to attack the British forces in the Indian soil and free India.  In 1943 (October 21), Bose announced the establishment of the Provisional Government of Free India or Azad Hind in Singapore. It was recognized by eleven countries. Its army was the Azad Hind Fauj (Indian National Army). Netaji underwent big hardships to create his army. Many Indians donated huge amount of money for the formation of the Azad Hind Fauz and themselves became part of the army.

With Japan’s support, the Provisional Government of Free India had nominal authority of the Andaman and Nicobar Islands including parts of Manipur and Nagaland. And Azad Hind declared war against the Anglo-American allied forces on the Indo-Burma Front. INA soldiers charged against the British forces in the Imphal-Kohima sector.

After defeating the British defences in Kohima, they advanced further towards Moirang. From here they had to retreat owing to compromised supply lines, withdrawal of Japanese forces, followed by defeat. 26000 INA soldiers attained martyrdom in action. 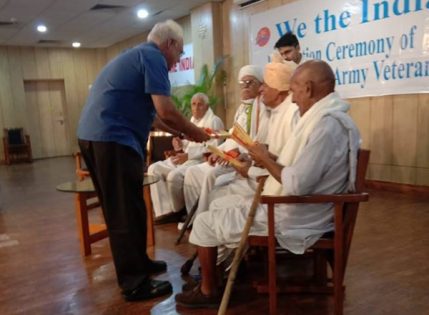 In between November 1945 and May 1946, the British held 10 court-martial trials of soldiers of the INA at Red Fort. Hence, it is also known as the Red Fort trials. A number of officers of the Azad Hind Fauz were considered guilty. Most of the soldiers who were tried were British prisoners of War who joined Netaji’s INA. The joint court-martial of Colonel Prem Sahgal, Colonel Gurbaksh Singh Dhillon, and Major General Shah Nawaz Khan, who were officers in the British Indian Army and taken as prisoners of war, and who joined the INA, drew sympathy from Indian soldiers posted in the British Army.

The British charged them for ‘waging war against the King-Emperor’. There was huge outcry and unrest amid the Indian troops. It led to revolt by Indian soldiers in the British Army and Navy. Ultimately the British had to leave India. 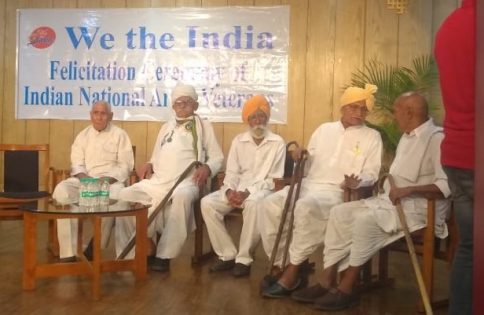 Clement Richard Attlee was the British Prime Minister from 1945 and 1951. It was he who signed off on the decision to grant Independence to India. Clement Attlee visited India (Kolkata) in 1956. He stayed at the residence (Governor’s palace) of the then Governor of West Bengal and Chief Justice of the Calcutta High Court – Justice PB Chakraborthy.

Atlee revealed that the British left India in a hurry principally because of Netaji Bose and the INA trials which resulted in revolt by Indian soldiers in the British Army and Navy. He said Gandhi’s role in India’s freedom was MINIMAL. 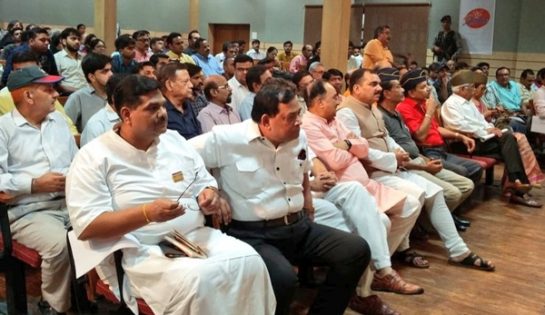 It is unfortunate that the media never carried news on the surviving INA veterans? Had it been another country, there would have been celebrations year after year, recognizing and acknowledging their role and rejoicing in their presence. It is time they are honored and acknowledged before they all die out.