Why I will support Prime Minister Mr. Narendra Modi in 2019? 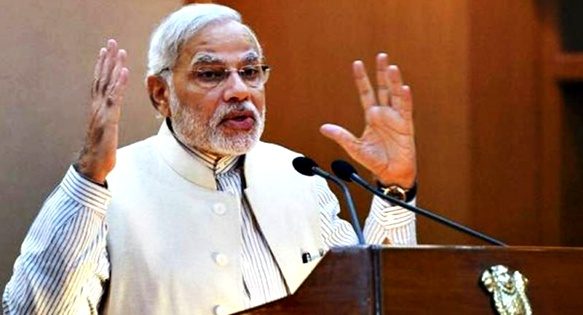 I will support Prime Minister Narendra Modi in 2019 elections too owing to my following “selfish priorities”:

1) I want to see India continue to emerge stronger and abler. The Prime Minister Modi-led Government has not only extended relative freedom to the Indian armed forces to take action against infiltrators/separatists but has also exhibited decisiveness in making the necessary defence-related purchases at terms favourable to India.

However, I sincerely hope that his team will resolve the much delayed One Rank, One Pension (OROP) to boost the morale of our veterans.

2) I want to see India as an island of peace in the world with no major social or political upheavals challenging its sovereignty. The Prime Minister’s strong action against all antisocial elements disguised as rogue non-governmental organisations (NGOs), religious bodies, education institutions, etc., gives me tremendous hope.

I hope that his dispensation will continue to tighten the screws upon re-election on such unsavoury elements for they are far more dangerous than they appear.

3) I want to see basic amenities such as clean drinking water, uninterrupted electricity supply, good roads and schools reaching each and every village in our nation. Thanks to the effort made by the Modi Government, India is one of the leading producers of solar power today.

I hope that having reached electricity to the last village, the Prime Minister’s team will now set its sights on completing all the other major initiatives in infrastructures, healthcare, defense, and rural and urban development. Here I am a bit concerned because the good policies and projects the BJP are bound to be scrapped if the opposition returns to power. Therefore, 2019 should not be a repeat of 2004.

The National Health Protection Scheme (NHPS) is one of the boldest initiatives of the Modi government by far and seeks to provide medical insurance cover of Rs.500,000 to 500 million low-income Indians. It already cited as the world’s most ambitious public health scheme.

4) I would like to see the government utilise the taxpayer money wisely.

In this regard, Direct Benefit Transfer (DBT) to over 300 million new bank accounts opened under the Jan DhanYojana has helped to significantly curtail the wastage of taxpayer money by plugging leakages.

However, I further hope that government will continue to come up with more innovative ideas to integrate similar such measures to reduce spillages.

5) I want to see India and Indians viewed and received with honour, globally.

Ever since Prime Minister Modi and his team have restored India’s pride across the globe, I have earnestly hoped that he will continue to take the country to ever greater heights.

6) I wish to see the small and medium businesses, jobs market, the education sector and overall economy thrive and create new benchmarks, globally.

Over 40 million loans were disbursed to small and medium entrepreneurs under the Government’s Mudra Yojana with little or no collateral to boost entrepreneurial environment in India.

I also hope that after making business environment more robust through its “one nation, one tax”, the Goods and Services Tax (GST), recovery of bad loans through the means of Insolvency and Bankruptcy Code (IBC) and stringent, but friendly income tax laws, etc., Prime Minister Modi’s Government will be able to introduce several other such schemes to break the growth record.

7) Lastly, I also know Bharat (India) was not built in 5 years, nor was it destroyed in 70 years. It has taken nearly 700 years of religious persecution and colonialism to destroy the spirit of the Nation and that it will take a minimum of 20 years to rebuild it.

Most of the Government schemes are functioning and that is what matters most to me as a taxpayer (Yes, I am a registered tax payee to the Indian Government). It is, therefore, money invested well and not an expenditure.

In conclusion, I hope that unfinished items such as the Uniform Civil Code, scrapping of the Article 370 in Jammu & Kashmir, elimination of the tax on Hindu places of worship, the lop-sided Right to Education Act and other such anti-majority measure are suitably amended or be altogether scrapped over the next few years.

It must be our effort to make the country truly secular. This implies an absence of religion in government and keeping it a strictly private affair and not an instrument that drives appeasement or selective enactment of laws.

An IT postgraduate from University of Central Missouri, Sandhya Jane has been working in the global corporate environment in India, USA, and Hong Kong. She writes on Business, Contemporary Romance, Technology, Management, and History.