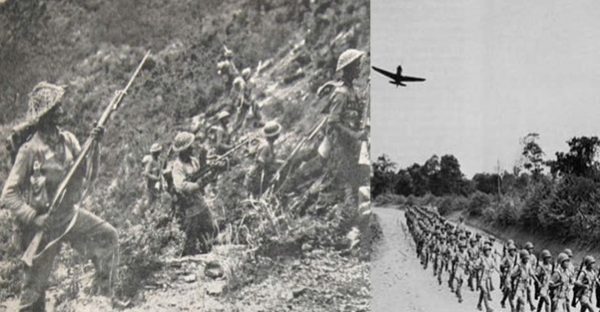 India is an old civilization which has witnessed many consolidations and fragmentations. Kautilya, also known as Chankaya, was the political guide of king Chandragupta Maurya. His brilliance is seen as the real power behind the king and his expansive empire which included most of what India is today (except the Southern tip). It also included Afghanistan, the gateway to the plains of fertile India. What has been lost however are the treatises related to war fighting.

Chankaya dedicates a complete book in his Arthshashtra on how a king must organize his army and its information system. The University of Taxashila (Taxila now in Pakistan) it is said, was the seat of learning on the subjects of politics, statecraft and the Art of War. The princes of distant kingdoms used to come here for study and grooming. The redoubtable Kautilya, it is said himself taught here for many years. He sent Chandragupta, his protégé, to study here. It is said that the future ruler of the Mauryan Empire studied here for eight years. It must have been a rich tradition that he assimilated.

The Arthashastra outlines the analytical device of the Raj Mandala of States. This closely resembles the structured Net Assessments of today and the Chinese concepts of the measurement of Comprehensive National Power( CNP) that examine in depth the various components of the state. It treated the adversary state or the opposing empires as a system of systems. Prior to actual attack it sought to disable the opponents command and control system by covert action, by assassination of key commanders, and spreading the virus of mistrust and suspicion amongst its key components. It used a ponderous Corps of 9000 War Elephants to generate “Shock and Awe”.

Unfortunately, the key military components of this Treatise are said to have been lost. This vacuum denies to India the history of its martial traditions. After all the sub continent has been witness to many wars amongst the local kings, thereafter against the Muslim invasions and lastly between the British East India Company and local kings as well as a struggle for supremacy between the French and British for control of India.

Maj Gen G D Bakshi has been an avid reader of Indian military history and has set about painfully piecing together India’s military traditions and organisations from the ancient Vedic times to the epic period of Ramayana and Mahabharata onwards. In his book The Rise of Indian Military Power: Evolution of An Indian Strategic Culture Maj Gen Bakshi has extended this search to include the Mauryan period, Ashokan period, the Mughal and British period and most importantly, he brings it right up to the post Independence period successfully. Here is India’s force usage profile in combat from 1947-1971.

In this phase, all the operations were confined to the tactical level and force usage was limited to just two or three divisions. The 1947-48 operations in Jammu and Kashmir (J&K) were eminently successful due to tactical innovation and the extensive employment of air power. The 1948 Hyderabad campaign was a tactical masterpiece that gave India its first clear-cut and decisive victory. The liberation of Goa in 1961 helped to consolidate the territory of India.

However, India failed to consolidate its Himalayan border regions. A highly unrealistic emphasis on soft power in the 1950s had rapidly eroded Indian military capabilities. These reached a nadir in 1962 and the Chinese were gifted a cheap military victory on a platter. The episode was highly traumatic but was a great learning experience and led to the onset of realism and real politik in India. India now undertook a long overdue expansion and modernisation of its armed forces.

Even Pakistan had acquired an asymmetric edge in tanks, artillery and jet fighters over India due to generous American aid. Alarmed by the erosion of this edge, Pakistan decided to press its military advantage home while it lasted. This led to the 1965 War in which India was forced to employ up to 12 divisions in combat and the bulk of its air force. It was a stalemate.

However, Pakistan lost its last chance to take Kashmir by force. It was forced to recoil from Chhamb and its First Armoured Division was destroyed in detail. The war had caught the Indian armed forces mid-way in their expansion and modernisation plans. They were not ready but forced to give battle. This campaign proved most valuable from the learning point of view and gave India’s senior military leadership tremendous hands-on experience at the level of operational military art.

By 1971, India had generated a clear force asymmetry through a decade-long military buildup. Provoked by Pakistan’s genocidal crackdown in Bangladesh (which pushed 10 million refugees into India), India launched a decisive tri-Service campaign. Air power was the key enabler of this Blitzkrieg in the east.

In 14 action packed days, Indian spearheads reached the core centre of gravity in Dacca, created a new nation state with the force of arms and put 93,000 prisoners behind the barbed wire. It was a historic and spectacular victory that put on display India’s skills to wage a decisive, quasi-total war. This was the true revival and renaissance of Indian military arms. The political leadership was charismatic , ruthless and inspiring and the three Service chiefs of that era deserve to be ranked amongst the great captains of war in world history.

The rise of Indian military power had once more reached a historic apogee and India had emerged as a significant regional military power with the military wherewithal and managerial competence to fight decisive, tri- Services military campaigns.

By a strange coincidence of history (or plain synchronicity in Jungian terms) India had fallen back to her classical Kautilyan method of waging war, premised on slow and extended preparation, information dominance and the destruction of the politico-military balance of the adversary through covert action.

The last was done by the Mukti Bahini in 1971. This was followed by a rapid and high tempo campaign that relied on speed and shock action to mop up in the wake of the extended de-stabilisation campaign premised on covert action and information warfare.

India had unconsciously fallen back on her primal strategic culture and the Bangladesh campaign had recrystallised the Indian way of war-fighting.

The above article is an EXCERPT (in parts) from the book The Rise of Indian Military Power: Evolution of An Indian Strategic Cultureauthored by Maj Gen GD Bakshi. 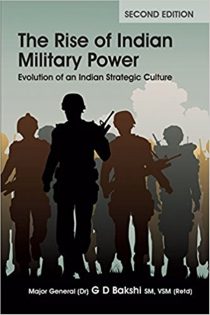 “The Rise of Indian Military Power: Evolution of an Indian Strategic Culture is possibly the first scientific analysis of Indian military history that has sought to study it in terms of a series of RMAs (revolutions in military affairs) that had profound implications in the socio-political sphere. Adopting this systems approach to the study of history enables us to isolate the key techno-economic triggers that brought about significant political phase transitions. Radical changes in the way war is waged have necessitated major economic changes. As the tools to wage war became more expensive, these could only be afforded by the larger states with a significant economic surplus. Questions have often been asked about whether India has a strategic culture at all? Is there an Indian way of war-fighting? This book seeks to answer these seminal questions,” writes Maj Gen GD Bakshi.