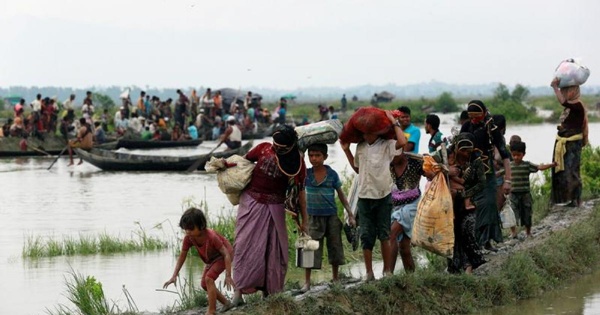 Terrorism, stone pelting on Indian security forces, cease-fire along the LoC, encounters between terrorists and Indian armed forces, attack by terrorists, etc. are but humdrum in Kashmir. Martyrdom of our soldiers in this region every other day is regular news! Exodus of Kashmiri Pandits from the valley is still an unsolved issue. Besides, Rohingya and Bangladeshi nationals have illegally settled not only in Jammu and Kashmir but also across the country in large numbers. All of these burning issues need to be tackled at the earliest.

It is an irony that FIR has been lodged against the Army on duty recently by stone pelters. The FIR was lodged after three stone pelters were killed when security forces opened fire at them after they attacked their convoy by pelting stones last month.

A rally from Kachhi Chawani to Civil Secretariat was staged by an organisation of ex-servicemen from various states across the country in Jammu recently. They demanded:

1. Unconditional withdrawal of an FIR registered against Army personnel in Shopian recently

2. Amendment in Article 370 of the Constitution, giving special status to Jammu and Kashmir

3. Deportation of Rohingya and Bangladeshi nationals from Jammu and Kashmir

5. Provision to allow Army and paramilitary personnel to settle in the state.

According to a recent report by news.statetimes.in, the Rohingya Muslims operated a human trafficking racket, involving trafficking of Myanmarese girls. While the main accused has been arrested following recovery of two minor girls, the co-accused are yet to be nabbed.

Minor girls are brought from Myanmar and sold off in Jammu. As per the report by news.statetimes.in, ‘The gang arrives every Friday with the girls after the weekly Namaz where they search for their buyers. They have sold many girls in remote districts of Ramban and Kishtwar in J&K state’. No wonder Jammu has become a big market of human trafficking for Rohingyas. This needs to be curbed at the big level at the earliest. This news is hardly reported by the media.

Few months ago, the Union Home Ministry’s order to deport Rohingya Muslims to Myanmar has led to filing of petitions in the Supreme Court against the move. Union Minister Kiren Rijiju had said that Rohingya Muslims are illegal immigrants in India and also said that nobody should preach India on the issue, irrespective of whether they are registered under the United Nations Human Rights Commission. Home Minister Rajnath Singh, lashing at Rohingya supporters, has also said Rohingyas are not refugees but illegal migrants.

After violence in the Western Rakhine State of Myanmar, most of the Rohingya nationals fled to India, seeking refuge. They have settled across the country including Jammu, Hyderabad, Haryana, Uttar Pradesh, Delhi-NCR and Rajasthan. The union home ministry has said illegal migrants are easy targets for recruitments by terrorist organisations. No wonder terrorism has seen a rise in the last few decades!

Following appeal by petitioners, the Supreme Court said the state should strike a balance between human rights and national interests while dealing with the issue. The apex court also granted liberty to the petitioners to approach it for redressal in case any contingency arose during the intervening period.

It is time the government deals with the Rohingya issue with an iron hand!