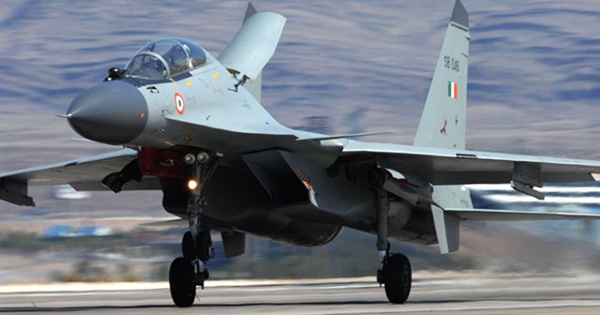 The Air Force exercise Gagan Shakti is one of the biggest military exercises since Brass tacks 1987 and Parakram 2001-02. Over 1150 Fighter jets, TPT aircraft and helicopters have taken part in the biggest ever war combat game exercise on the Pakistan and China border in three decades.

It showcased the preparedness of pilots and ground staff in countering possible threats and carrying out rescue and relief operations. Real time with specific focus was laid on several key areas, ranging from paratrooper assault, medical evacuation to air to surface combat, aerial combat, and more. Operations conducted were on all terrains – maritime, high altitude, desert.

The Gagan Shakti exercise is in its second phase. The first phase of the exercise began on April 10. The western border with Pakistan was the focus area in the 1st phase. The monumental exercise in this phase involved use of Su-30 and Jaguar fighter aircraft equipped with the potent Brahmos and Harpoon Anti-ship missiles.

Gagan Shakti displayed India’s air dominance over the Indian Ocean region. Over 300 officers and 1500 airmen were mobilized for this showcase. The focus of the exercise will shift to the eastern corridor near the China border of the Northeast.

The IAF has put in an incredible performance by generating 5000 fighter jet sorties in just 72 hrs on our western front with Pak. That means they were able to field double the no of aircraft that Pak could muster. This would overwhelm the Paki Air force in war. This is made possible by an incredible 90% availability of aircraft that could sustain this furious sortie generation rate.

It also carried out maritime ops with its SU-30s flying over 4000 kms non- stop. It then turned around to face China and take them on from dispersed airfields to avoid China’s missile attacks on our airbases. This is a stupendous exercise, which would get both China and Pak nervous.

This massive exercise Gagan Shakti has been completely BLANKED OUT BY OUR MEDIA, which is busy raping the nation. No wonder the Paki foreign office spokesperson got so nervous and rattled that he began to sing songs. With such a display of air power, even a gentle whisper from our PM can become a thunderclap.

Such displays of military muscle have to be leveraged by the media to send the right message to our enemies. It is a pity our media has no time to cover this. Kudos to our AIR CHIEF- a true military professional who has simulated this major orchestration for war and got our forces to validate war plans.