Gods for Sale: The Sad Story of India’s Temple Thefts 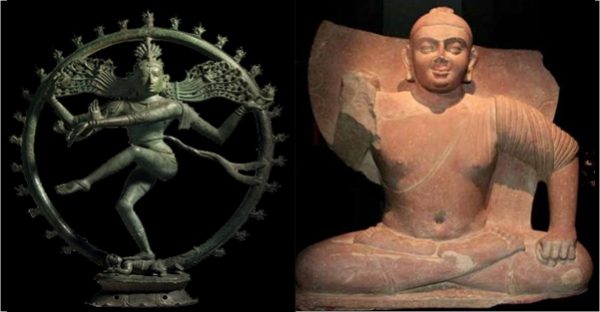 On the banks of the river Kaveri lies a small, dusty village called Sripuranthan. It’s not much to speak of, except that it boasts of a temple complex built by Rajaraja Chola, which for ages has been the nerve-centre of the community. The Sripuranthan temple is part of a huge temple-network built by the Cholas in 9th century CE.

The village was pretty much off-the-grid till 2006 when the Nataraja statue was stolen from the temple and smuggled out of India. What made this loot interesting was:

2. It was bought by the National Museum of Australia (a government owned organisation).

The Nataraja stayed lost and forgotten till 2013 when a bunch of private art-enthusiasts located it and started lobbying for its return. Armed with photo-evidence, paper-trails and documentary-proof, these individuals used public and backdoor tactics to bring the Nataraja back to India.

In mid-2013 nobody knew where this priceless piece of heritage was.

By end-2013, the Australian government was pretty-much open to return it back to India.

There was one small problem though. The Indian authorities didn’t take it back. Yes you heard that right. The Indian High Commission in Australia made no attempt whatsoever to bring the statue back to the temple. India’s looted temple heritage was one again a victim of, the “not my job” syndrome.

Are you wondering if the Nataraja ever got back to India? Well of course it did. But not how you’d have imagined.

In an absurd twist to the tale, the Australian Prime Minister Tony Abbott, brought the statue with him to New Delhi (while on his state visit in September 2014) and personally gave it back to Narendra Modi. This, after a year of wondering why Indian authorities aren’t taking it home.” 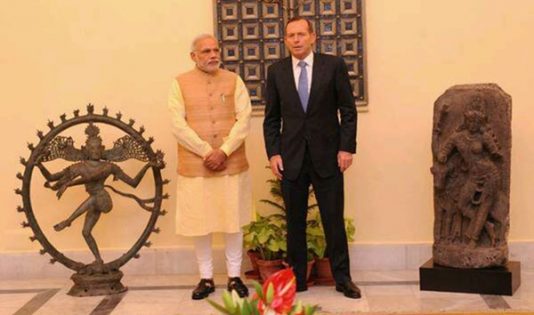 Australian Prime Minister Tony Abbott brought the Nataraja statue with him to New Delhi and personally gave it back to Narendra Modi.

The Scale of the Loot

If you think this is an isolated incident, think again. The US Government recently seized over 2,500 pieces of smuggled heritage valued at over $100 million.

Experts estimate that thousands of Indian artifacts  (from museums, forts, temple, etc) have been smuggled out of India, of which about 10,000 can be easily traced and recovered.

But more significant than the financial value of this loot, is the faith value. A Temple has historically been the hotbed of social activity. From the time a man is born (annaprashan) till after he dies (atma-shanti puja), a temple forms an integral part of our lives. Like I had said in my INK video, “By taking away the deity from a temple, you take away its heart”. The video has since gone viral, and for good reason (http://bit.ly/IPPvideo).

The University of Chicago organised a seminar in New Delhi titled “The Past for Sale: Protecting India’s Cultural Heritage”. This seminar was attended by historians, academicians, art-aficionados, heritage-experts and journalists from across the globe. Guess who WASN”T there? Representatives from the Ministry-of-Culture and the Archaeological Survey of India.

Oh and did we tell you, this seminar was at Rajiv Chowk, less than 10 mins of a drive from the Ministry?

1. Why do other countries worry more about restoring India’s heritage than we do ourselves?

3. Why are our government institutions inefficient when it comes to protecting and recovering our heritage?

4. Why does a private group, like the India Pride Project, take the mantle of bringing home our Gods?

5. Why can’t India have structures to reclaim its lost heritage?

So, is preserving Indian Heritage a lost-cause?

So how SHOULD India protect its history?

While there are many hypotheses floating around, the practical answer lies in a rather simple construct:

1. Allow good-samaritans to protect our heritage: By allowing citizens to participate in the process of documentation and conservation of our heritage.

2. Make it tough for the art-mafia to loot our heritage: By creating a National repository and archive of high-profile targets.

3. Make life hell for them when they do: By creating an “India Heritage Squad” with enforcement authority. Many smaller countries have this, so why can’t India?

That’s pretty much it. Period!

The simple question is – Will Indian bureaucrats and politicians take the right call and say “Let’s give it a shot!”.

The bigger question is this – When it comes to protecting our heritage, can the Modi government risk making a wrong call? Can he go down in history as a Prime Minster that could bring back India’s treasures, but chose not to?

This article was first published in Swarajya magazine.

Anuraag Saxena is based in Singapore and leads India Pride Project. He has been featured/published in BBC, Economic Times, Sunday Guardian, Doordarshan, Man’s World, Swarajya, and Organiser. He is passionate about Indian heritage and culinary-history.