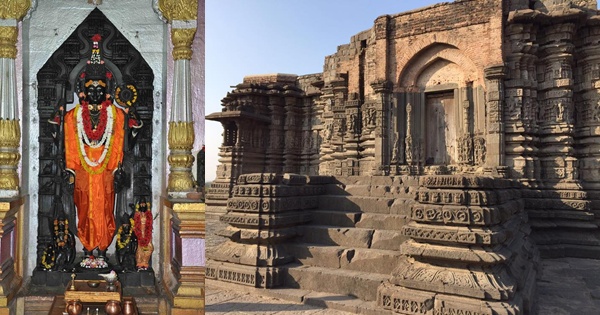 1823 AD. Young British officer, James Edward Alexander did not visit Lonar crater accidentally. His maternal Grandfather Maj-Gen Sir Alexander Bryce stumbled into a closely guarded secret and revealed it to him. And JE Alexander reached Buldhana district in search of a temple in Washim (Bashim). He came to know that some ancient stone idols were excavated back in 1760 by a horseman (from Basim clan?) in a small town called Washim (Bashim) near Aurangabad. One of the figurines was a Vishnu idol.

His secret meeting with Basim family (as arranged by his Grandfather’s Indian contact) and a close look at the idols confirmed that this was not what he came searching for. The discussions with the Basim chief led him to Lonar crater (according to the Basim, the idols were from Lonar temple). He travelled to Lonar with his team of English guards but without a professional sketcher for his temple research project, although it was mandatory by The East India Company that researchers should be accompanied by an official sketcher to record events.

It was predetermined and the time was just perfect. The affluent Alexander family were the owners of “Stirling Bank” and the distinguished “Powis House” back in England. James’s father was close to Sir John Adam and his family from Edinburgh, who was then the acting Governor General of India in 1823 and was posted in Calcutta. James had to accomplish his task as briskly as possible since Sir John Adam was only the “acting Governor General of India” for few months before Lord Amherst was getting ready to take over as the new Governor General any time in August 1823.

James was actually a brilliant student of weapons – Hopology and Ballistic studies!! He knew that the Basim clan was one of the few under cover consortiums spread all over the world (from the Middle East, India -Bashim & Mysuru, Balkan region, Europe to North America) who were specialists in the study of ancient weapons. The Basims were in the look out for that mysterious alien stone which radiates blue light – the Shiva statue of Lonar! The problem was that only a few villagers have actually seen the blue light emanating. There was no authentic confirmation yet!! 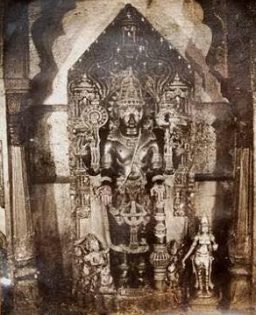 12th Century AD. Omar Basim was not only a great swordsman but also had prophetic vision and was highly respected in his clan. Omar was convinced that there was an alien matter in the Vishnu temple of Lonar which could lead him to the secret of “ancient weapons of mass destruction”!! He knew he was very close to it. Omar was a master in ancient weapon studies. He didn’t spell out much about it to anybody apart from “the alien matter’s” secret association with Hindu God Shiva – the Destroyer and the “extraterrestrial event” at the Lonar crater. He was so desperate and impatient to collect it that he traveled all the way to Lonar and eventually got killed by the villagers. Members of his family settled in India after his demise to complete his dream. They firmly believed in his vision!

16th Century AD. The clandestine settlement of the Basim clan in India was endorsed by none other than Abu’l Fazl (with his Yemen roots). He noticeably mentioned about Bashim village and the presence of an unusual tribe (purposely calling them Hatgars) in large numbers, precisely as many as 1000 cavalry and 5000 infantry. he also mentioned about their passion for collecting precious stones in his book Ain-I-Akbari.

Why were they present in such large number in Washim? What were they preparing for? However the census of 1901 showed a complete wipe out of Hatgars in Bashim!! So suspecting that if Abul Fazl wanted to deliberately confuse the Basim clan with Hatgars then what made them leave Bashim abruptly by 1901?? (We have to wait for a while for the probable answer).

Meanwhile, (throw back to 1823), James spent few days inspecting the Lonar lake and sketched the surrounding himself. For some strange reason, he stated that the crater was volcanic (while even the locals confirmed that this was a meteorite impact). He very well knew that this sacred site was also called Tara Tirth (Tara = Star. Tirth = Pilgrim). A deliberate attempt to mislead the western world!! 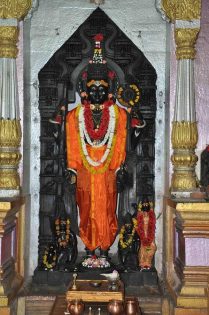 The next day James walked into the compound of Daitya Sudan temple along with his trusted English guards and left Lonar by the same night.

After Sachidananda Swamy’s death, Gopal Swamy took charge of the Daitya Sudan temple. Early morning every day, Gopal Swamy as a ritual, first opened the doors of the Daitya Sudan temple followed by the Holy Trinity (Trinatheshwar) temple. As he opened the doors of the Trinity temple and looked inside, he found the Shiva statue missing!! One stone slab was removed from the wall behind the statue, exposing the small secret chamber. The the hidden “alien matter” was gone too!! It was this “matter” which emanated the blue light from the closed chamber behind and created a hallow at the back of the Shiva idol. “Oh Lord!! Protect mother Earth” Gopal Swamy silently prayed.

The villagers murmured but couldn’t dare utter a word about their suspicion towards a British officer and his English guards. The East India Company was well known for their extreme intolerance, torture and abuse towards locals!!!!

Meanwhile, the Basim clan was perplexed with the new development. James then traveled to Persia, Egypt, Turkey, Balkans and was constantly on the move. He got himself transferred to the British Army and co-founded The Royal Geographical Society, London in 1830. He engaged himself into rock collection and weapons!! He was knighted in 1838. However there is no mention of his handing over of any Shiva idol or the “alien matter” to the British museum. 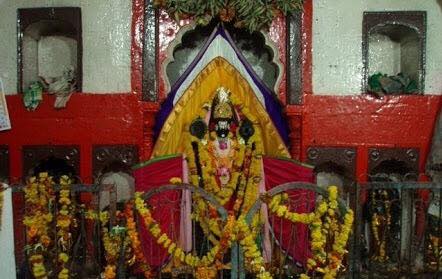 Vishnu (Balaji) idol discovered at Washim along with other idols.

This incident however didn’t overshadow the mystery of missing Vishnu deity of the Lonar Temple. The question was whether the Vishnu (Balaji) idol excavated (1760) in Washim was actually the missing deity of this temple?

The answer could be yes or no or both. It could be part of the temple but may not be the central deity. Things got even more confusing on Friday, 7th of December, 1888. when something extraordinary happened in the forest of nearby Mehkar village about 20 km from Lonar.

The sleepy village of Mehkar suddenly stirred up with an accidental excavation of a very large (15 ft) Sandal Wood chest. Inside the chest was a gigantic 11 feet tall 3 ft wide dark black stone statue of Lord Vishnu!!!

This stunning Vishnu statue had all his ten avatars / incarnations exquisitely carved out around the central deity. There was The Holy Trinity (Brahma, Vishnu and Shiva) carved beautifully along with Goddess Laxmi and Goddess Bhoomi below in a single rock. There were also a few copper plates found with some inscriptions inside the chest, which was indecipherable to the village heads. It seemed to be like a puzzle to them. The news spread like rapid fire.

The British East India company representatives moved in from Bombay immediately. Some locals confirmed that after a “long & careful inspection” by a very senior British officer who came from Bombay and in consultation with James Burgess the Director General Archaeological Survey of India (1888), the senior officer chose the copper plates over the Vishnu idol and carried them back to Bombay!! 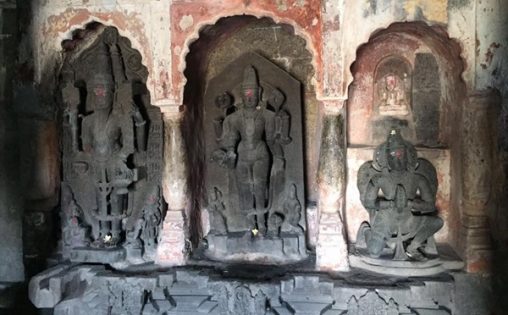 It’s worth mentioning that James Burgess (DG ASI 1888) was also from Edinburgh and was the editor of Epigraphia Indica (largely dealing with Indian inscriptions) in the late 1880s and the founder of “Indian Antiquary”. He carried out great deal of research and study on Indian Astronomy!!

This was no doubt a fascinating discovery. The villagers called it Mehkar’s Balaji idol and is claimed to be the largest ancient Balaji idol in the world!!

Could this be the shrouded Vishnu idol of Lonar temple?? Hidden in a safe haven. Wrapped in a sandalwood chest. Away from the wrath of Muhammad Ghori. 20 Km from Lonar, deep in a forest? Could it be that Chalukya King Vikramaditya II wanted to establish another Vishnu temple in Lonar, parallel to the Tirupati Balaji temple revered by their arch rival, the powerful Chola kingdom? Is this a part of the saga of Chalukya vs Chola rivalry?

The answer to the puzzle probably lies in the British Museum in London where these copper plates are displayed. And yes, of course, the secret inscriptions could be easily lost among so many other secrets of the world in the crowded British museum displays!!

What was the actual synopsis of the inscription which was treasured so much by the senior British Officer and by James Burgess?? Did the indecipherable inscription gave clue to the secret of ancient weapons?? Is this the reason why the Basims left in large numbers from Washim by the end of 19th century?? If so, where did they migrate to?? What happened to the “alien matter” and the Shiva statue?? What was the actual reason for JE Alexander’s travels to Egypt & Persia?

This mystery seems to be unending!!!!