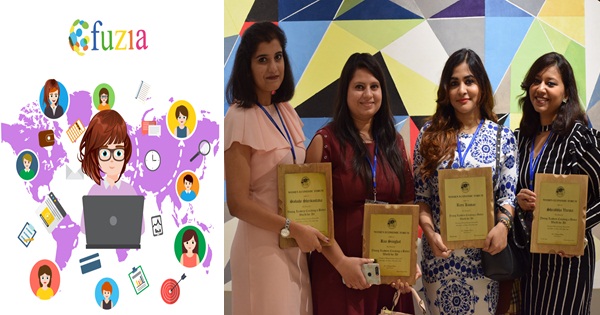 Founder, Riya Sinha from Palo Alto, California, is an enthusiastic young high school student & also a published writer. She was recently awarded the “Iconic Teen Entrepreneur and Innovator” award in the Women Economic Forum on November 2017 in Canada.

Cofounder, Shraddha Varma, not only leads the global marketing and operations in Fuzia but also drives and mentors her team in cross-culture environments. Apart from being a management professional, an experienced marketer and an ambitious entrepreneur, Shraddha is a passionate learner, dynamic speaker and a creative thinker with strong communication and leadership skills. She was presented with the “Young Leader creating a better world for all” award at the Women Economic forum in April 2018.

With a vision to bring the fusion of culture and ideas, what started as Fuzia Writing Club back in 2012, has now become a global platform helping girls and women pursue their dreams. Fuzia focuses solely on skill development and psychological, social and economical empowerment of women. It aims at creating a virtual talent pool of girls and women to inspire each other and improve their learning curve. 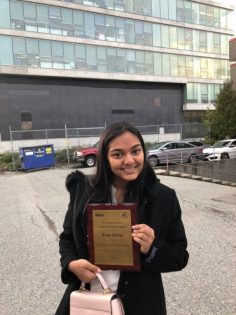 “We aim to fade away the geographical and community barriers to bring women and girls from around the globe together to build a strong community filled with creativity, inspiration, appreciation, motivation, empathy and sisterhood… thereby creating an environment full of learnings, growth and confidence”- Shraddha says.

What is it all about?  Fuzia is a place where women come together globally, collaborate, share and showcase their expressions and creative voices (be it in form of writings, art, photography, videos, etc) thereby creating a fusion of cultures and ideas which is the true essence of what it is all about. It is a unique initiative which aims to redefine the meaning of Social Media for women who wish to build their own identity, learn, grow and become independent.

Fuzia believes that encouragement in all forms plays a vital role in the learning process. It is no wonder that within a short span of two years the site has earned a social media followership of over 4.5 million and over 30,000+ creative posts by thousands of creative Fuziaites hailing from over 30 countries- Bangladesh, India, Pakistan, Egypt, US, Morocco and Nepal to name a few. And it’s not just about the numbers but the bond within the Fuzia community, users feel like they belong. 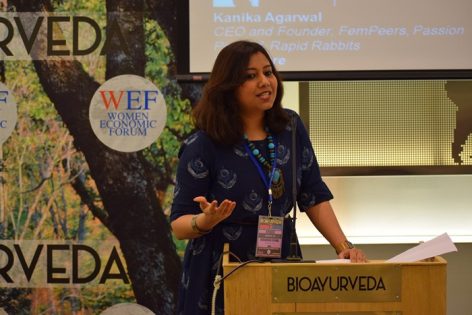 Fuzia is about building confidence, cultivating self-love and remembering that empathy is life-changing. This platform is a favourite with women from all over the globe, users coming from both developing and developed countries feel at home. Fuzia unites the many voices that are often left unheard. How easily we forget the fact that empty, unlearned criticism is easy. It’s the creative process that actually takes time, energy and learning. At Fuzia, women build each other up instead of tearing apart. It is a community based on mutual trust, respect and love.

Fuzia attempts to provide women a safe space for expression, interaction, commerce and other opportunities. Apart from Freelance work opportunities, Fuzia also hosts multiple ‘Campaigns & contests’ related to different creative fields and many women post best of their work, they are awarded with magnanimous cash prizes, instant fame and an exquisite feeling for a lifetime. This is small gesture to appreciate and encourage the girls/women to explore & pursue their passions and improve their skills, thereby developing self-confidence. 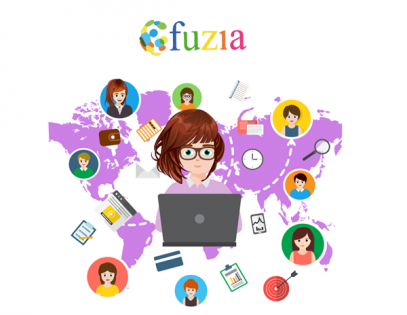 Inception and Business Impact
At Fuzia, a team of young, talented, ambitious and hardworking women try to create a space for these other creative women for uninhibited expression and learning. The very inception of the idea and the founding of Fuzia was quite serendipitous. Riya Sinha, was 11 years old and had written a short book Runaway Twins. After presenting the book in a local bookstore in Palo Alto, CA, to a small group of children, a 6 year old girl came up to her and told how she was inspired to write a book too, and that Riya had made her realize her dream. This made her [Riya] think what if the girls or women around the country and the world could influence each other through their creative pursuits? And thus, the novel platform Fuzia was born – to bring fusion of cultures and ideas!

The vision did not stop at that, as it was found that the market is in need of such a platform, it was extended from the girl child to women in general. From providing creative space to women on the website, it extended to providing women employment as the site grew and continues to. This expansion happened when Shraddha Varma (cofounder) joined hands with Riya in the task 3 years ago. She put in all her energy in making sure that Fuzia reached the people who most needed it. Fuzia also has a bunch of talented interns from across the globe who took the site as far as 35 countries in the world!

Fuzia is now home to thousands of artists, designers, writers, photographers, YouTubers and many more. These women now have a platform that help amplify their voices so their thoughts reach wider audience on a global scale. Fuzia is definitely a unique initiative which aims to redefine the meaning of Social Media for women who wish to build their own identity, learn, grow and become independent. It is a step in driving feminism and women empowerment. 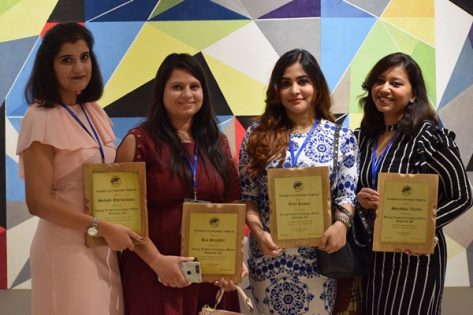 When you open a tab with Fuzia amidst the crowd of other social networking sites and apps, you don’t just open another source of entertainment that may help you kill time, you open a locus of hard work, creativity, encouragement, innovative ideas, social responsibility and, of course, fun. Fuzia is an experience and a place where every woman is given an opportunity to speak her mind freely.

“Fuzia touched 1 million followers in a span of just 1 year—just by creating relationship with people on social media. Feedbacks and criticisms from members and followers only helped us improve and become better. We still have a long way to go, but this journey has definitely taught us many things and it’s a pleasure to share those insights with you all. We are still learning. Changing and evolving!”