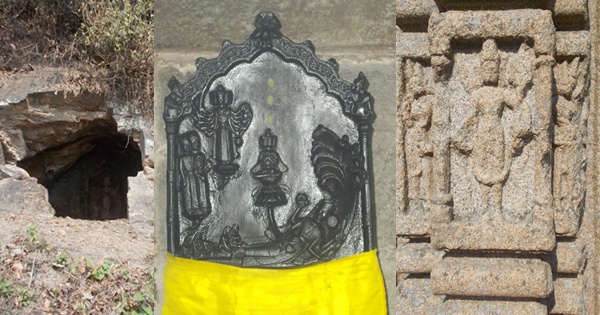 Aswakranta Temple stands high in the heart of Janardan Mountain beside the tirtharaaj Brahmaputra in North Guwahati, Assam. It’s easy to reach here through river route from Fancy Bazaar. Visitors come here to pray for the departed souls – atma shanti of their near and dear ones. The natural beauty and serenity around the temple is another key attraction. 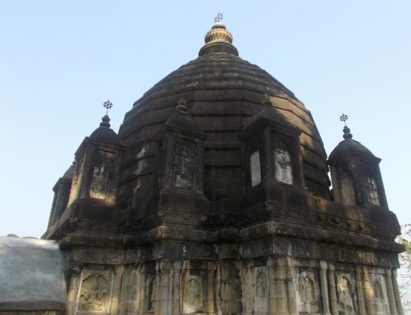 To reach the mukhya (main) temple, one has to climb the staircase which comprises of around 140 steps. Before reaching the mukhya temple of Lord Vishnu where he sleeps peacefully over the Anantanag – Unboundable Black Serpent, one has to visit the Kurma avataram (tortoise incarnation) of Lord Vishnu temple situated at the foothills. This temple was built during the reign of Darangi King (1604-1613).

The Anantasajjayi Narayan temple was built by Ahom King Raja Shiv Singha (1714-1744). The deity here is offered bhog (food morsel) that is completely vegetarian. This idol is the only one of its kind found in this region of India. 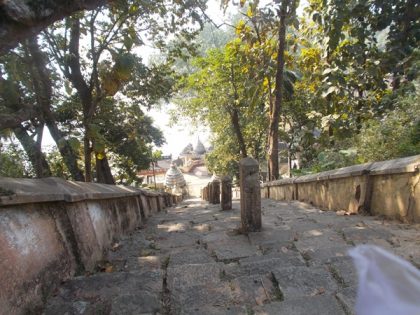 Regarding this historical place, there are three well-known tales. This temple finds mention in the Puran, Yoginitantran. According to one version, for the uddhar (safeguard) of the people of Pragjyotishpur from their atyachari (cruel) king Narakasur, Lord Krishna came from Dwarka riding on his chariot comprising of seven white aswas (horses).

During his battle with Narakasur, Lord Krishna’s horses were attacked; the horses probably had died. Hence, in memory of the horses, this place was named after the aswas; hence, Aswakranta Temple. 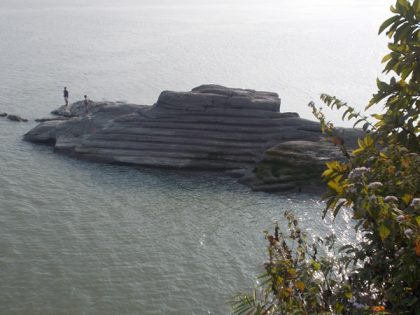 According to another version, during the kidnapping of Rukmini Devi, daughter of Bidarvaraaj Bhismak by Lord Krishna for gandharva vivaah, the couple on their way to Dwarka had arrived at this place on their chariot. They took rest here; hence, this place was named Aswaklanta.

The third version is rumored to be from the Mahabharat period. During the battle of Kurukshetra when Abhimanyu’s Chakravyahu was organized, Lord Krishna cleverly brought Arjun’s chariot towards ancient Kamrup through the route of Saptadal near Hajo. While travelling such a long distance the horses of Arjun’s chariot got tired and took rest at this place. 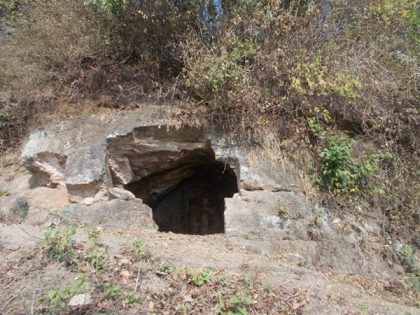 This temple has twelve kundas after Gaya where people come to worship for the peace of the departed souls of their family. Alike Gaya where the footprints of Lord Vishnu and sole prints of his horses are present even here at Aswakranta temple the sole prints of Lord Krishna’s horses are present. Hoofprints of the horses on the large rocks below the temple on the bank of Brahmaputra are still a question to the archaeological family! 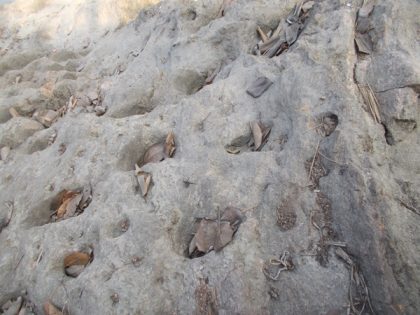 However the saddest part is that this place is under ruins, just ready to camouflage with Mother Nature because of lack of proper maintenance. Its historical evidence and natural beauty is screaming every moment to help it survive from being destroyed.