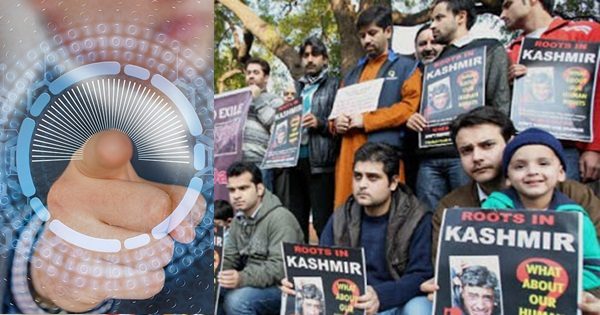 Understanding Jihad is of paramount importance to defeat it. Jihadis are succeeding as its victims don’t internalize its psychology and politics that thrives on intimidating the Kafirs. And this tactic is employed by them at any opportune moment to assault the Kafirs. Being inhuman is the principle of Jihad and therein lies its success rate. The moment its core philosophy of inhumanity and intimidation is decoded, Jihadis are on the back foot and forces them to ponder as to how their ploy was exposed.

The reason being that Jihadis of all hues from Asia to Europe and across all the continents have a universal principle that is to penetrate into the society of Kafirs by winning their trust and then strike at the opportune moment. It is this ploy that costs the Kafirs their space and freedom. They feel that they are their friends and can bank upon them but they are mistaken and are  proved wrong once they launch their assault.

They have waged wars in almost all societies where Non-Muslim communities are in power or are a minority.It does not matter to them. Their aim is to capture power by force and if they can’t outnumber the Kafirs by force then they indulge in sabotage and subversion by using the instruments of the state to wreck those nations from within .Initially they capture the democratic spaces in the name of human rights or equal rights but with the opportune time in sight they overpower the system due to the international presence they enjoy in the various organisations that are  otherwise meant to uphold the democratic system. They are well strategized people who capture the world organisations in advance and indulge in internal sabotage and subversion.

Now they understand with the development of technology that  the power struggle has shifted to the social media from where the discourse and narrative is created and almost all the heads of the state operate and present their policies to the masses for influencing the public opinion through social media. Jihadis are operating for the control of all spaces that lead to opinion making and control of power .They well understand that they can’t leave this space if they want to subject the infidels to complete genocide which they have already completed in the physical and social space. Now they want to prove their hegemony and fascist control on the social media as well.So that the inhuman Jihad is taken to a new normal.

Kashmiri Pandit community is the foremost victim of this Islamic Jihad that reached its peak during the cold war in 1989-1990. And the outcome was that  the Kashmiri Muslim Jihadis with the open support of Muslim Ummah inflicted the Genocide and religious cleansing on them.After their  forced exodus from Kashmir; Kashmiri Pandits are fighting the survival battle and in this war of attrition they are leading the campaign against this most inhuman phenomenon called Islamic Jihad and have been successful in throwing away the mask from the faces of these Jihadis who used nuanced means to cover this genocide. Jihadis are well aware of this and thus in order to subvert the war against Jihad they have created the fifth column among the Kashmiri Pandits to derail this movement to defeat this Jihad.They know Kashmiri Pandits are well aware about the real nature of these Jihadis who hide their faces under sweet talk and be-fool the  other communities who don’t know their ways of social operation and Jihadi strategy to capture the social and political space by deceit and infiltration.

As this struggle against jihad has shifted to the virtual medium that is social media that includes Face Book, Twitter, Whatts App and other intangible platforms and many groups have been created to sensitize the world community about the intent and inhuman process of Jihad.

Jihadis have infiltrated the social media groups through Fake IDs (that is using fake Kashmiri Pandit names or even fake or real Kashmiri Muslim names) and when they see an opportunity they subvert the narrative or sabotage this struggle by using derogatory comments or Jihadi interventions.They even steal the posts or other data and then use it on their walls and Jihadi social media platforms to incite their jihadi supporters against Kashmiri Pandits. They even target the Kashmiri Pandit females through blackmailing tactic of abusing them in public by taking the screen shots of their posts and photographs.

A new trend has started in Kashmir to impose the jihadi onslaught on Kashmiri Pandits who are active on social media and are taking Jihadi propaganda from Kashmir head on and nailing their lies.

Kashmiri Muslims who are not even in your friend list are trolling you and taking screen shots of your posts and pictures and comments and then posting these on their walls and inciting the people of Jihadi mindset to spit venom on these posts against Kashmiri Pandits and India. Even the screen shots of comments on your posts on Facebook and twitter are displaced on their walls.

It is a new way of intimidation devised by these Jihadis. When their (KM) walls are searched one finds that these are full with filth against Hindu Gods, India and Kashmiri Pandits.

Community needs to be aware of this new ploy to troll Kashmiri Pandits walls and timelines on social media by Jihadis who have penetrated every sphere and subject Kashmiri Pandits to intimidation and abuse. Most of you must be very much oblivious of this while the Jihadis are archiving your posts on your timeline and subjecting you to abuse.

This is being done with impunity and ruthlessness. This new Internet/Cyber Jihad of stoning Kafir is a part of the larger Jihad to even shrink the internet space of the nationalists when they have already snatched our HOMELAND by deceit and subversion.

Recently a very senior Journalist from Kashmir who used to work with BBC URDU SERVICE in 90s and now is with the Deccan Chronicle, a sister Concern of the Asian Age indulged in this cheap tactic. On the one hand he was very sweet on the wall of Kashmiri Pandit lady Journalist showing his dissent in a nice way but on the other hand he made the same post public on his wall inviting abuses and intimidation from the jihadis not only from Kashmir but across the border. This is just one example, there are many.So the nexus is very deep and well oiled.

These quislings and show boys from the community are the victims of sickness of slavery and defeatist mentality. This is what has always marred the Hindu resolve and damaged the national cause.

Delete these jihadis from your friend list as they are breaching your privacy. They are acting both ways, eating their cake and having it too.

Signal is clear, now we are facing a war even in virtual space and so be prepared. Be aware that Cyber Jihad against Kashmiri Pandits is a new form of Jihad to violate our human rights after the religious cleansing from Kashmir – our HOMELAND. Jihadis are holding you in pincer. Thus only way out is to take them head on and defeat them in their own nefarious game. Don’t be fence sitters. Call a spade a spade.

An MA, MBA, and PhD, Dr. Mahesh Kaul is an author, columnist, editor of a magazine, heritage activist, and Post-Doctoral Fellow with ICPR. He is visiting Faculty at SK Police Academy, Udhampur.