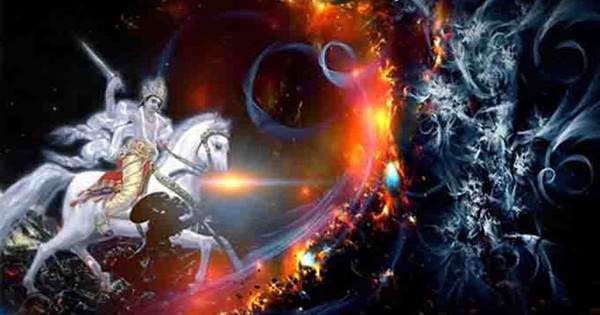 How many of you have been hearing the terminology Kali Yug quoted by people around you? The very depiction of a crime, vice or commitment of sin makes one utter Ghor Kali Yug! What is Kali Yug? How many Yugs exist in Hinduism?

Chronologically, the first Yug was Satya, followed by Treta, Dwapar, and now Kali respectively. During each phase of involution, symbolized by each Yug, there was a gradual loss of righteousness and decline of awareness of the inner self. During the Satya Yug, truth prevailed. The Treta Yug saw one-fourth loss of truth. Evil and dishonesty further prevailed during the Dwapar Yug with loss of half the truth. Kali Yug, which is the present Age, has been left with only one-fourth of truth. It is considered the Age of Darkness.

The Dashavatar (10 Avatars) of Lord Vishnu incarnated nine times during the four Yugs, to eradicate evil. Kalki, the 10th Avatar of Vishnu is yet to incarnate in the present Kali Yug. According to the scriptures, Kalki will put an end to evil and dishonesty in the present Age.

The four Yugs make a cycle and two cycles make an arc, which is one full precession of the equinox. After the end of Kali Yug, Satya Yug will hold sway once again to start the second cycle.

Do you know the average life span of a human being during each Yug? According to most available sources, during Satya Yug, the average human life span was 100,000 years with average height at 31 feet! During Treta Yug, it was 10,000 years at 21 feet. Dwapar Yug saw an average human lifespan of 1,000 years with height at 11 feet. During the Kali Yug, i.e. present Age, it is 100 years at 5.5/6 feet.

The lifespan and height gradually declined from the beginning to the end of every Yug. So was there a gradual decline of truth, physical strength, emotional vigor, knowledge, wisdom, and dharma. During the present Kali Yug, people focus (have been focusing) more on material objectivity and incline towards the physical self rather than the inner self.

Maharishi Ved Vyas, in the Mahabharat, had said, “In the Kali Yug, the duties of the respective order shall disappear and men will become afflicted by inequity.”

According to the Vishnu Puran, Kali, a negative manifestation, shall be the cause of ‘the end’. Towards the end of this Yug, Kalki, the 10th Avatar of Lord Vishnu will return riding on a white horse and involve in battle with the dark forces. All evil will be destroyed. And Satya Yug shall begin!

The Kali Yug started over 5000 years ago. Calculate, how many more years this Age shall prevail!